Ian Padrón: “They have to lose the fear of the new”

by Liz Beatriz Martínez
in Cinema
0 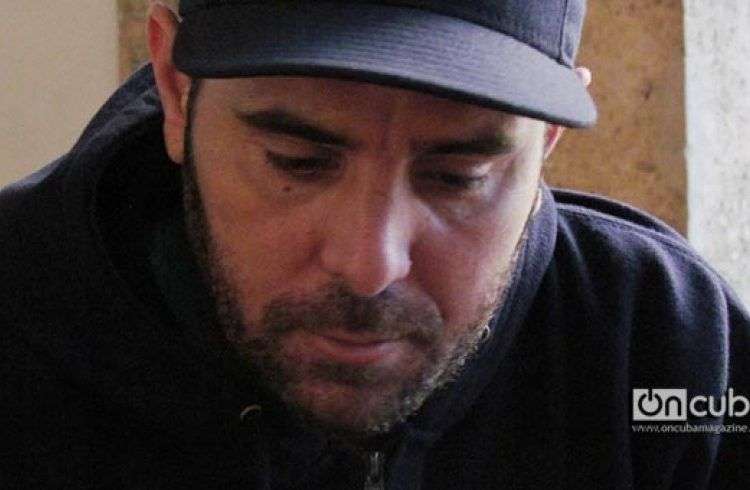 In many and diverse ways, one (in receptor status) will start believing, but sometimes erroneously that knows public figures. For the actors, you run the risk of mistaking the journey for having transfigured them in dissimilar human versions.

Even with the filmmakers, the issue is no less complex. Architects as they are of finished products, it really becomes an issue to get them into a concept that comes close to absolute reality.

One of our most renowned directors is undoubtedly Ian Padrón. Virtually he just took home the Lucas Award for Video of the Year and gladly accepts this virtual interview for OnCuba.

In what way did being the son of Juan Padron influence you work?

I was born and raised in a home surrounded by stories, humorous and many artists from around the world. My father is an example of dedication to the public and professionalism in everything he does. Amid this environment he raised me and my sister, psychologist by profession. In many aspects of life I’m more like my mother, who is the one that “runs” the family.

To what extent was it a challenge?

It is very personal to choose the same profession of a known member of your family. You’ll always be the “son of” and costs twice to achieve your own label and make yourself a name. When you can be recognized for your work, it tastes much better.

Probably few know that when Ian was ten, he had an idea for an Elpidio Valdés cartoon. To his father it seemed good, he developed it and published in the journal Zunzún few days later.

When I saw my credit as screenwriter, next to the name of my father and “my brother” Elpidio, it changed my life forever. A few years later, I collaborated with the ICAIC, making scripts for Filminutos series. There began my life in film.

It was my first professional job. I filmed in 1996 and ended in 1997 the making off of Vertical Love. I saw up-close  Arturo Sotto, Raúl Pérez Ureta, Alejandro Perez and Javier Figueroa working. I interviewed actors Jorge Perrugorria and Silvia Aguila. It was like a school in a few days. I really enjoyed it.

It is the most controversial and decisive work of my film career. It was banned for five years and never been exhibited in Cuba in cinemas. In turn, it put me on the map of Cuban audiovisual. It was complicated that period of darkness and incomprehension towards my work and myself, but then I managed to earn respect for my point of view and take away the veto on this documentary. I feel very proud to have done it and still watch it with satisfaction.

What makes you close to the Buena Fe duo?

A high affinity and friendship for over 10 years. We have grown together as people and as artists. They have collaborated on the music of my films and I’ve worked in 13 or 14 video clip for them. We make a good team together and trust each other in the work process. It has been a party everything that has happened between us.

For the Cuban filmmaker Ian Padrón, the awards are good for the ego, to feel that he is not wasting time. Owner of a modesty that I did not expect, he tells me, without second readings, he doesn’t work to achieve laurels.

“It hurts when you think you deserve it and they give it to another, but must be worse when you get it and do not deserve it. In my case, I think they have never given me away a prize. All that I have, I’ve sweated a lot to get them. I am not complacent about the jurors and that you pay for in the short and long run”.

In 2015 Ian plans to almost entirely devote to his family. He will not fail to rethink many professional aspects. During the previous year, he devoted much time to coordinate the creation of the Hall of Fame of Cuban baseball.

“The pressure to which one is subjected as a filmmaker and film producer is large and cannot always be calm before the inefficiency or lack of professionalism. But no one can say I’ve had sided or double standard at work. ”

What is your opinion about Ian Padrón, professionally speaking?

I am a straightforward guy. I do not hide anything from anyone, I am honest with what I think and I say this without much beating the bushes. I intend to achieve a level of professionalism and rigor that is often seen as pedantic or extremism. I demand a lot, but I give the example. I sleep well because no one in the audiovisual industry can say that I have not given anything to do my job.

I think Lucas deserves to improve not to die. It must be renewed not to turn into stone. There is plenty to do and to achieve greater transparency. Bailando is not the best video of Cuba, nor Alejandro Pérez´s  in 2014, but is the most important event in Cuban music in long time. It deserved more respect from the jury and the event.

In your opinion on what ways the audiovisual production in our country is? What do you think is missing?

Budget and trust on young filmmakers. Lack of ethics on those that decide what is filmed or not. There are more than enough stories and there are good technicians and actors. We must legalize Independent Producers and they can live with the state ones. We must lose the fear of the new and live with diversity, in all aspects. But we have still a long way to go.

US lawmakers coming to Cuba in Advance of Migratory Talks