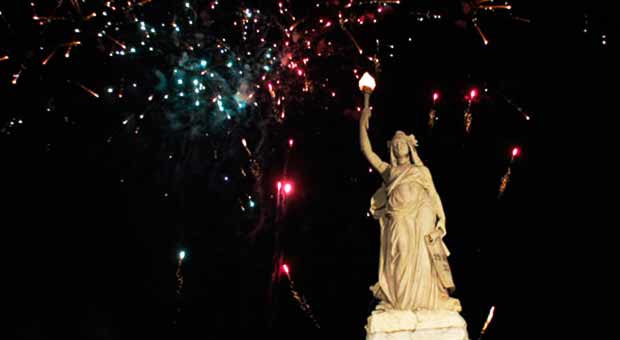 The Low-Budget Film Festival returns next week to Gibara, the White Village, famous in days gone by for its stained-glass windows, its Portuguese consulate, it fishing environment, and now for this eventfounded by late filmmaker Humberto Solás, who almost took the festival with him but fortunately he didn’t…

In fact, in the presentation of the Festival’s 11th edition, producer Lester Hamlet pointed out that continuing with the Festival is encouraging news, that makes him proud and happy and eager to work harder for enhancing Humberto’s legacy.

The Fresa y Chocolate Cultural Center hosted the official presentation of this year’s event, which will screen 47 pieces out of the 208 submitted, plus 11 short films shot during the previous edition, an exercise that will continue this year. The irreverent Jorge Molina is among the usual participants.

The director of a film that could be catalogued as underground like Molina’s Feroz, and a film many people consider educated given his approach of a different country life commented to Oncuba he is thinking about shooting a “prequel”of Molina’s Borealis, a 27-minute long film he shot last year at the White Village.

“I go back with my actors to invading spaces in a city that I fell in love with for shooting this story, and also to participating in a retrospective of my work”, noted this actor who doesn’t fall for false modesty and vindicates his creative freedom, but he was surprised when he found out about this sort of homage because he knows that there are many other producers whose work “might not be as impressive, but is in fact substantial”.

During the three days of the Festival –from April 25 through 27—the event will also pay homage to actress Luisa Maria Jimenez and recently deceased trova singer Santiago Feliu. Hamlet will premier his documentary “Descerebrándose” as posthumous tribute to this renowned left-handed guitarist…

“Recalling Santiago is always intense”, said Hamlet, who added that the Festival will homage Gibara’s culinary heritage, specially to the artists living in each Cuban that emerge when faced with the daily challenge of home cooking.

Thus returns this event, which was uncertain after Solas’ passing away, but was eventually revived to continue betting on quality films made with short resources, this time marked by Hamlet’s imprint.

The first one to acknowledge it is Luisa Maria, who is more sincere than ever after surviving a brain stroke last December. She confessed without hesitation thatat first she wasn’t sure about Lester but he fascinated her with his imagination and with all the creative movement he developed to give life to a new Gibara.

“I was in love with Humberto, but Hamlet is Hamlet: I got on with him and I’m letting him ride and I feel great”, explained the actress, who has become some sort of mermaid for the promotional poster of the Festival, which will exhibit about 20 artistic photographs of her taken by Spanish photographer Pedro Coll.

The organizers of the event have more ambitious plans, as to making Gibara similar to Trinidad, making the most of its proximity to Guardalavaca, but for now they are focused on the festivities of Low-Budget cinema… beneficial festivities for the Cuban cinema after the intense debate that rose during the recent Congress of UNEAC. But that’s history…

Drapetomanía: Grupo Antillano and the Art of Afro-Cuba on view at The 8th Floor in New York

Drapetomanía: Grupo Antillano and the Art of Afro-Cuba on view at The 8th Floor in New York

Gabo in my first person