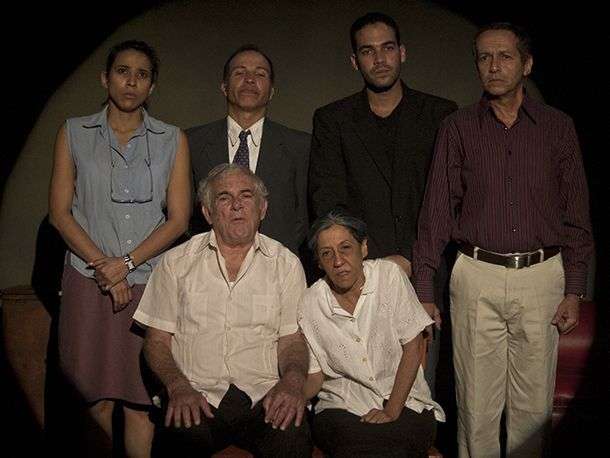 Havana city’s theater companies Teatro de la Luna and Argos Teatro traveled to Miami to pay homage from the stage to the greatest playwright of the twentieth century in Cuba.

Starting this Friday the Miami public will mark the centennial of one of the most prestigious writers, novelist, poet and playwright of the island. Un fogonazo del absurdo: el primer festival internacional del teatro de Virgilio Piñera (A flash of the absurd: the first international festival of Virgilio Piñera´s theater) proposes to theater lovers the setting of five productions of famous works of the author.

They will be in charge of telling the story of the Romaguera family, which is confined to the four walls of a house. Yuliet Cruz shines as the protagonist Luz Marina; her brother, parents and the rest of the characters go in and out of a small room where the only change will be a cold lamp.

Guided by the expertise of Celdran, Argos Teatro revives Aire Frio, not as a museum piece, but with the sharp eyes of one who recognizes in these dialogues an essence that lingers on the contingencies of today.

The event is sponsored by the Department of Modern Language and Literature and The Ring Theatre, from the University of Miami, along the FUNDarte organization and will include theoretical sessions and samples of materials related to the writer.

The performances by the Cubans in the Jerry Herman Ring Theatre at the University of Miami, will be joined by a version of the play Electra Garrigó produced by Spanish companies Artes y Producciones Artísticas and Mephisto Teatro.. Meanwhile, U.S. groups will stage Una caja de zapatos vacía and Sacando agua con canastos.

The tribute to Virgilio Piñera, who returns as a modern and necessary playwright, is an excellent opportunity for the Miami public to enjoy the best Cuban theater.

The chorus of the bus

A voice with a peanut flavor