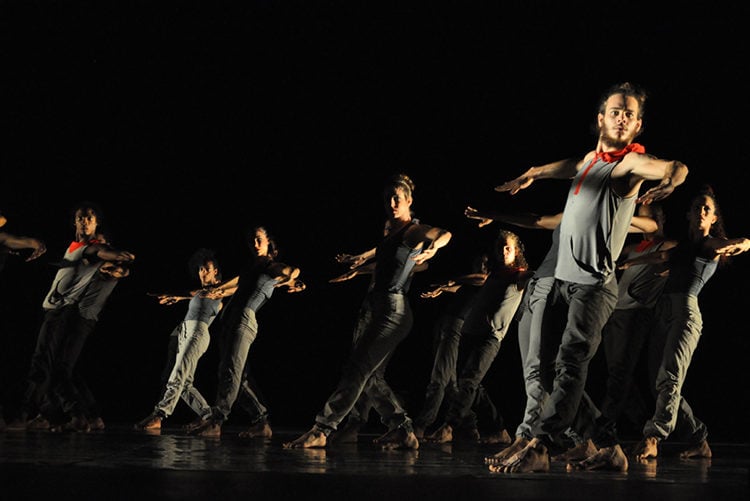 Fifty-five years ago, the techniques of modern dance would go on the Isle of hands-and the legs of a group of young teacher called by Ramiro Guerra from the Department of Modern Dance of the National Theater of Cuba. September 25, 1959 is the official date of establishment of the company after several changes in its name would eventually be called Danza Contemporanea de Cuba (DCC), under the tutelage of Ramiro and American Burdsal Lorna, who must be considered, according to Miguel Iglesias, director of the company, as the fathers of modern dance in Cuba.

From  February 19, 1960 and to date, DCC has premiered pieces ranging from the very embodiment of Afro-Cuban roots to European neoclassicism, to more postmodern, daring and disturbing creations. Working with foreign choreographers (Jan Linkens, Cathy Marston, Rafael Bonachela, Itzik Galili, etc.) has allowed them to not only include in its spectrum alien trends in modern dance, but the most vernacular molding techniques with true authenticity. Pieces like Folía Demo-N / Crazy or Mambo 3XXI have earned the company the privilege of acting in the best venues in Europe and the United States. Not to mention Compass, where they cross at once Yoruba sensuality and aggressiveness, seeking a perhaps more Cuban rhythm.

But for Miguel Iglesias, nearly thirty years of management could be summarized as the stubbornness to always assume each staging, each presentation and each rehearsal with incredible passion. Passion and risk. “As each outing is like the first time,” says and his eyes shine with pride to lead the company inwhich most of the great modern dancers of Cuba have danced with.

On Wednesday, the eve of its 55th anniversary, Danza Contemporanea de Cuba began celebrations with a tribute to the memory. A touch to remember all the figures that somehow made ​​what the company represents now accounts for the dance and cultural movement in the country.

“That this memory turned into present keeps impregnating the Cuban dance, inside and outside the company and that the road is to continue increasing the long chain of contributions to dance, culture and nation,” said Omar Valiño, director of the Tablas Alarcos publishing house.

Julián González, Minister of Culture, presented a letter from President Raul Castro, praising precisely the work of DCC since its inception in 1959.

“I think that what unites this company is that he (Ramiro Guerra) used risk throughout his life and we are constantly risking, violating the limits. This company went from being an auteur company to one with artistic, choreographic direction, that chooses what they get into scene, but it is precisely the diversity and the rejection at the scene of mediocrity, what unites us. I truly believe that DCC is different in this 55th anniversary, but keep the energy with which the dancers dance, the level of deliverance, the risk using the electrification live on stage, that way only in this country people dance… “said Miguel Iglesias.

As part of the celebrations for the anniversary, the company has prepared a series of presentations including two premieres in November of young choreographers Luvyen Mederos and Norge Cedeño, while in December they will present The family, by Julio César Iglesias. For next year, DCC will offer projects where music, dance and digital art mingle on stage, in addition to being working on two film projects, the film Daniel’s saga, directed by Rolando Almirante, and the documentary Dance, by Chilean filmmaker Fernando Valenzuela.