Discovering the Museum through Audio guides 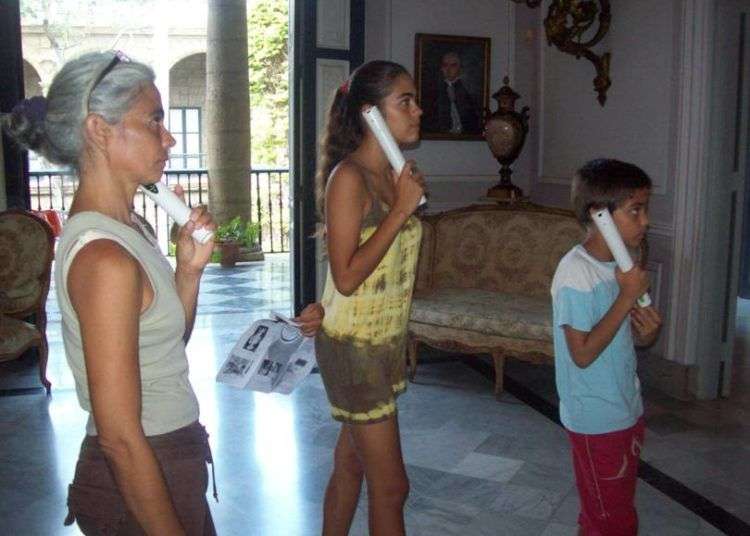 For eleven years the Routes and Walks project run by the Office of the City Historian of Havana has worked for its offers to meet the requirements of the families that use it. This summer one of the biggest attractions was the audio guide service for the City Museum.

Every Tuesday teens and adults can ask for this device at the gates of the former Palace of the General Captains. Families have an hour to make the journey along the electronic device that has recorded information about the rooms and collections amassed by the museum.

Along with the gadget, the public has a map of the institution, which traces a possible chronological journey through the exhibition spaces. The explanation is obtained by pressing the respective number for each of them; also visitors can find further information regarding significant parts, which makes the trip more attractive and personal.

From September all who visit the Museum of the City may request this service in any language. They are also working on a special audio guide for children, allowing them to see the wonders of the 40 permanent exhibition halls, in which artefacts from the Cuban independence struggles are exhibited.

The building is considered the greatest exponent of the Baroque period in Havana and hosted the Spanish government between 1791 and 1899. Its stately halls times recall and recreate the charm of notable collections that highlight the national heritage. This is considered the flagship museum of the Historical Center of Havana, because from there the city’s restoration was devised, aimed at preserving its architectural and cultural values.

If you live in Cuba or passing through here, and you like the heritage and history, to visit the Museum of the City is an irresistible choice, and much more so if you have the opportunity to visit it with this audio guide service, first of its kind in our country.

“Canchánchara” to Liven Up the Spirit

Sailors on the Toa River