by Leyda Machado
in Music
0 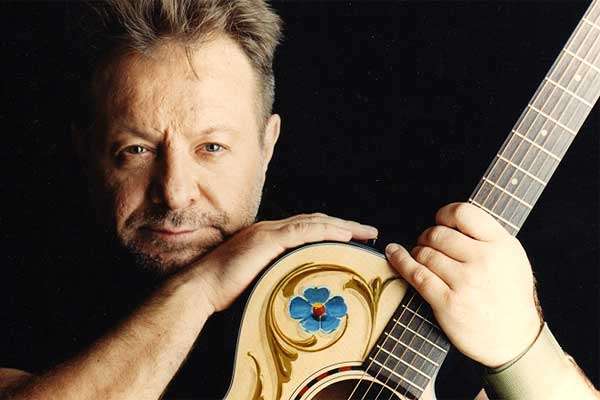 Four years after his last visit to Cuba, the prominent Argentinean singer León Gieco announced his return to this country next January for a tour of presentations by various cities of the island as Santa Clara, Trinidad and Havana, accompanied by another colossal Argentinean artist, the pianist Luis Gurevich, coauthor with Leon of many of the most famous Latin American songs.

After the premiere in 2009 of his documentary Mundo Alas at the Havana Film Festival, the author of Solo le pido a Dios, En el país de la libertad y Canción para Carito assured he would return soon to Cuba and since then this city awaits those songs that promised would not take long in coming: “It might not take me five or six years without being here, I must come every year, or at least once every two years. Cuba is a reservoir of culture and those of us who live out of culture, must constantly come here, “he said then excited, without even noticing that his desire might stumble later against his huge working agenda.

Maybe that’s why the recent invitation of the Pablo de la Torriente Brau Cultural Center to make a small tour that includes his presence in the Longina event – on request also by the Hermanos Saiz Association of Santa Clara, was the perfect excuse for Gieco to return to this country in January 2015 with Luis Gurevich, a musician who performed in 2013 a tour in Cuba with the singer Julia Zenko.

“This visit of Leon is a dream come true we have been trying to do for some time, and the presence of Julia Zenko and Luis Gurevich last year encouraged us to try harder, especially considering now that will be a great support for the event the Longina, a space which in recent years has lost the spirit of bringing together much of the troubadours of the island, “said Mary Santucho, general coordinator of the Pablo Center.

Known as the Argentine Bob Dylan, Leon Gieco began his musical career in 1973 with a first album that bears his name, performed and produced by Gustavo Santaolalla, and from then until his last delivery True love songs-a double album that includes songs all his trajectory- currently has a repertoire of more than 40 albums and around 300 recorded songs.

“We know that this stay of León in the country constitute a transcendental experience for music and Cuban culture, hence considering the importance of a musician as he set his busy schedule of Argentine summer to travel to Cuba, we have consulted the Ojala Studio of singer Silvio Rodriguez for the possibility to match this visit with one of his concerts in the neighborhoods. With joy we have managed to match dates and desires so that he can share with Silvio that space, “added Santucho.

For an artist so committed to the peoples of Latin America as León Gieco this opportunity to take along Silvio his music to a neighborhood of Havana will undoubtedly be a refreshing experience that has already been announced for Sunday January 11, 2015.

This tour is also part of a large bridge back and forth between artists from Cuba and Argentina ,recalls Santucho- already has moments of singular importance as the visit of Raly Barrionuevo, Liliana Herrero and Teresa Parodi.

Raul Castro: “It is only possible to go forward based on mutual respect”