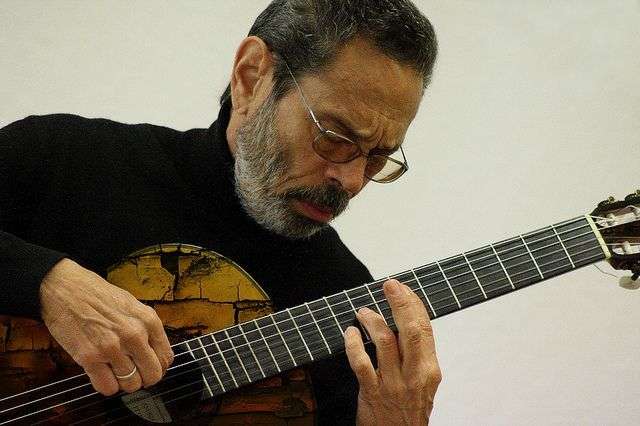 “Now, out of this turmoil that is a new experience in my life, I return to my manuscripts, my personal work, like a convalescent that comes out of disease unscathed, but who has been out of himself for over 40 days¨

That was written by Alejo Carpentier on the December 28, 1954 in his personal blog that he had for years in Caracas referring to the First Latin American Music Festival, an old dream that became a reality in November that year, a forerunner enterprise, very successful but that left him truly exhausted. As his described it in his personal diary, well-kept by his widow Lilia, there was a time when he felt his mind and body were yelling at him: ¨enough¨

Only when the festival was over could the prolific writer return to his literary work. When I read that confession on the book published last year by the Alejo Carpentier Foundation, I understood a little better why Maestro Leo Brouwer decided to end the festival that bears his name and that for the last 6 years brought true legends of universal music to Cuba.

Thanks to the Leo Brouwer Chamber Music Festival, Cubans could enjoy live true stars as Yoyo Ma, Vincent Bernhardt, Enrike Solinis, Jordi Savall and Fito Páez, and was about to bring us Bobby McFerrin. That´s why it was so shocking when, while at introducing the sixth festival, Brouwer warned that would be his last. And that it was.

On that regards, the Maestro just clarified couple of details on the ending. Talking to the Prensa Latina correspondent in Spain, he rejected some readings on the reasons he claimed to close that ambitious musical adventure.

¨When it was announced that it would no longer be some people understood it as critics to the government for lack of support from the Ministry of Culture. That is an exaggeration. It was not about lack of official support, but of urgencies and economic problems that many countries have and our country is no exception¨ he said

He added that there are many problems that have an impact on Cuban economy starting by the US blockade: ¨we don’t have the materials. Theaters are overbooked due to so much cultural activities. How could I criticize a country with no enough theaters due to much cultural life? Alas, our festival has earned great recognition but the theaters are not made available to us¨

Besides, to create a luxury program, like those all these years, you need more than good will. Thanks to Brouwer prestige, the festival had guests that fill stadiums, charging only friendship. ¨If I had to pay them what they charge, what they are worth, I would have to start robbing banks¨ he joked on the eve of the fifth festival. Also, the festival spread beyond Havana, with concerts and theoretical debates in Santiago de Cuba and Pinar del Rio and included exhibitions, jam sessions and flash-mobs: a comprehensive, expensive and unmatched party in Cuban cultural environment that we enjoyed as long as it lasted.

However, this good-bye does not close for good Brouwer culture efforts in his country: apparently, the Les Voix Humaines will follow the successful festival, a vocal project by his wife Isabelle Hernández. The idea is to bring to Cuba the best artists in the vocl world, both coral and soloists.

He said that this project would also include some famous artists, “but not for being celebs, but for what they do. The constant motivation is not the star or the figure, but the repertoire,” Brouwer said, who at 75 works tirelessly despite having a career that grants him immortality

Novelties for Cuba volleyball for 2015

Santiago de Cuba will have its own Malecon