by Elsida González Portal
in Music
0 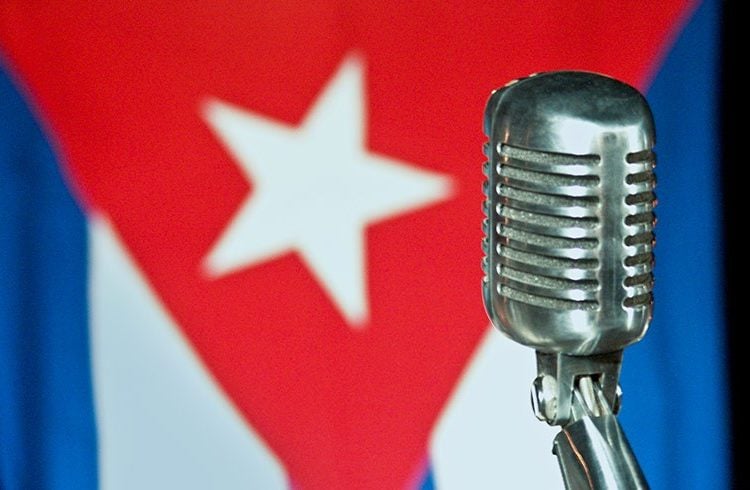 In 1969, Juan Formell founded the band Los Van Van, thus procuring the space that he needed for innovations that he had begun years earlier, and which had drawn attention during his time with the band Orquesta Revé.

The 1960s brought the 20th century’s biggest change to music and, of course, to society. This was also the case in Cuba, where changes came as the culmination of an epic struggle that changed our reality. However, the worldwide repercussions of rock, pop and other types of music that gained the broadest audiences during that time, especially among young people, also brought uncertainty and questioning to Cuba regarding the issue of identity. Juan’s accomplishment was to find the road to being both modern and Cuban, a formula that he followed throughout his career and that guaranteed his greatest triumph with his band, Los Van Van.

Right at the start, he achieved changes to the instrumental format and established a model for constant renovation of the charanga-type music band, which was his starting point; electronic instruments replaced acoustic ones, bringing greater richness of timbre, and trombones were included subsequently to ensure intensified medium tones. But more significant was what he did with all of this: mixing foreign sounds with local ones, taking the son genre to a different place, and arriving at songo—his most highly valued contribution. While his musical innovations were important, what was crucial was the fact that he never lost sight of his country’s reality: the most immediate issues, what was happening in the humblest areas, incorporating it into his poetry, and subsequently delivering it in the many choruses that became popular sayings. And that was the role he played as chronicler, involuntarily becoming a correspondent of Cuban history.

So Los Van Van brought in the new; and Juan Formell, the heir to so many traditions from Cuban dance music, was able to go farther, with innovations and contributions that he achieved also thanks to the members of his band, who at every stage have provided their talent, virtuosity and brilliance to the consummation of his ideas. Suffice it to mention César “Pupy” Pedroso with his unique touch on the piano, who also contributed to the son genre a new way of performing it, a mixture of ballad and son montuno and, unquestionably, a particular identity that makes his tumbaos, jams and improvisations perfectly recognizable; and “Changuito,” the percussionist who introduced the sounds of foreign genres in apparently simple combinations with our own. Juan, with his bass, respected the usual way of doing things in son, but also was something of a heretic by introducing more metrical sounds and melodic figurations that took a prominent place in the band’s songs. The band’s carefully chosen singers, along with Juan, followed a particular poetic art that never renounced good taste or quality in its language; it was neither elitist nor was it inelegant.

But behind, or rather in front of all of this, are the dancers, who in response to these changes also chose to make changes, and new ways of “grooving,” with or without a partner, emerged, with the dance step always depending on the type of music.  This is also where a mixture was produced as a result of what the music sparked: a little bit of rock with a little bit of son and guaracha, a bolero with a little bit of ballad…and so on.

This is a story of inestimable value and more, on a par with the human being that was Juan Formell, beloved and respected by all in Cuba and everywhere else in the world touched by his life.

The sound of Miami

The sound of Miami

Neither Juanito, nor Formell, just my love