Polito Ibanez to Release CD made of Poems Set to Music 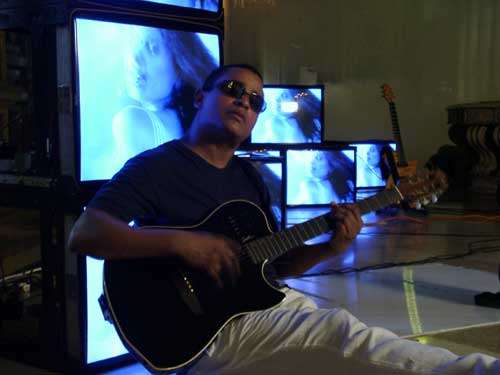 Cuban singer Polito Ibáñez will present some themes of his latest album Ante tus ojos (Before your eyes), in a concert he will give on Saturday at the Karl Marx Theater in Havana.

This CD, recorded by Colibri Record Label that belongs to the Cuban Music Institute, contains verses of over a dozen Cuban prominent poets and its presentation is part of the program of the 22 nd Cuba 2013 International Book Fair.

Famous musicians collaborated with Polito in this work such as pianist Miguelito Núñez, choirs were on Jessica Rodriguez and Lisa Soto, and on Saturday’s concert he will share the stage with the National Symphony Orchestra, led by its head teacher Enrique Pérez Mesa.

Ibáñez, very popular in Cuba, said he was thinking of ​​ recording an album like this since he was studying at the Higher Institute of Arts.

After several recording productions he decided it was time to make true this so longed project and began a rigorous selection process of different authors and songs, in a country full of remarkable poets.

Polito has made a series of concerts since last September that have been attended by Roberto Fernandez Retamar and Marilyn Bobes, two of the authors whose texts have been included in the phonogram.

Cuba is Back at Davis Cup: Tennis