A Cuban Idea to Comfortably Connect to Internet 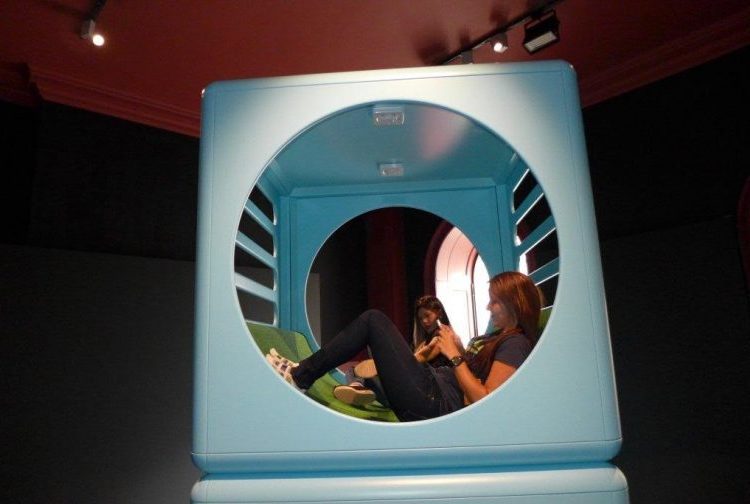 Parawifi. Photo: Courtesy of the interviewees.

Since July 2015, when the first 35 WiFi points were inaugurated in Cuba, it became a common spectacle. They were called “Sidewalk WiFi.” Cubans started crowding together with their cell phones or laptops in streets, corners, gardens, plazas or parks, brought together because of the long-awaited connectivity. More than a year later, with 200 points fitted out, the panorama is the same.

“Out in the open, exposed to the elements, with insecurity, without privacy…,” Luis Ramírez, the Cuban designer who together with his colleague Michel Aguilar has conceived a “Modular system of urban furniture for the WiFi zone in Cuba,” or Parawifi, as they called it, points out.

For creating this design Luis and Michel went to observe these dynamics and their conditions. “We felt the rigor of the sun and rain,” they say.

Ramírez adds that the irregular conditions also favor illegal activities. “The reselling of cards, the rental of spaces, interface operation…. Moreover, there was interference with those public spaces’ other functions.”

Parawifi has been chosen to participate in the first London Design Biennial being held September 7-27, and which in addition to Cuba only has representations from three countries in the region. The theme of the contest is the utopia in design.

“We did it thinking about how to resolve that problem in Cuba, and it seems that it got so close to reality that it could stop being utopian at some point in time, that it can be carried out,” says Luis.

In fact, in Santiago de Cuba they have already shown interest in the idea. The presidency of the Caguayo Foundation and Lázaro Expósito, the first secretary of the Communist Party in that province, are “considering placing it in the Versalles district, which they want to turn into a technological city,” Michel said to OnCuba.

Expósito organized meetings with the three industries that would participate in the construction of these prototypes. “The military, to see about the fiberglass, the plant where the solar panels are manufactured and assembled, and we saw those responsible for information technology in Santiago,” he explained.

His colleague explains that right now they are concentrated in the London Biennial, “but we will return to Santiago.” They said that the minister of communications also contacted them, “he saw the project and liked it.”

Parawifi is none other than a group of 1.80 cubic meter modules with capacity for four persons on the lower part, and two on the top part.

“We want to get together the largest amount of persons in the smallest space and in comfortable conditions, that’s the reason for the solution of superimposing modules. They are very open spaces, with certain privacy, but there is also communication between the persons. We could accommodate 200 in 196 square meters,” they specify.

1. Outlets where beverages, snacks and even navigation cards can be bought.

Outlets where beverages, snacks and even navigation cards can be bought.

2. Photo: Courtesy of the interviewees.

3. They are designed in a way that all the energy will be solar, and that the panels power low-consumption fans, LED lighting and alternating current electrical connections to connect the devices. In addition, they would have USB connections with transformer.

They are designed in a way that all the energy will be solar, and that the panels power low-consumption fans, LED lighting and alternating current electrical connections to connect the devices. In addition, they would have USB connections with transformer.

In its ideal conception, Parawifi would be manufactured with a biodegradable plastic, but in Cuba they have been adapted to fiberglass. They are designed so that all the energy will be solar, and that panels power some low-consumption fans, LED lighting and alternate current electrical connections to connect the devices. In addition, they would have USB connections with transformer.

“Each one of these elements would resolve the problems that exist today,” Luis insists.

They included special modules for the handicapped, “with easy access, a space to place their accessories…. There would also be a sort of outlet where they can buy beverages, snacks or even the navigation cards.”

One of the fundamental advantages is the possibility of adjusting them to the available space. Where? In spaces no longer used, far from the circulation of pedestrians, esplanades, plots of land, green zones…. “The alternatives are infinite,” Luis comments.

Can they be carried out?

Until now it is not clear how much the construction of a Parawifi module would cost. One of goals of the trip to Santiago de Cuba was to hand over the executive projects to be assessed there.

“We think that the fiberglass variant perhaps can be a bit expensive, but it depends on the interest and amount made; the demand also determines,” said Luis. They both affirm that in any case it would be about a lasting product with the advantage that it can be dismantled at any time and the place changed.

Luis explains that they know that it is not the solution to the problem, “but it is the ideal temporary solution.”

Both of them have received many commentaries. Michel says: “We have been asked if people have to pay to use it. We don’t know, but we do not conceive it that way. We have been told that they will have to have persons guarding them…. We don’t know about that either. The fact is that the best thing would be to not need them and that the people take care of them.”

Our writing staff received images of the Cuban stand from the London Design Biennial, where Luis Ramírez and Michel Aguilar are presenting Parawifi:

Impeachment in Brazil, Cuba, and the Mais Médicos Program

Chico O’Farrill Will Rest in Cuba

The Orishas Returned to the Street in Regla