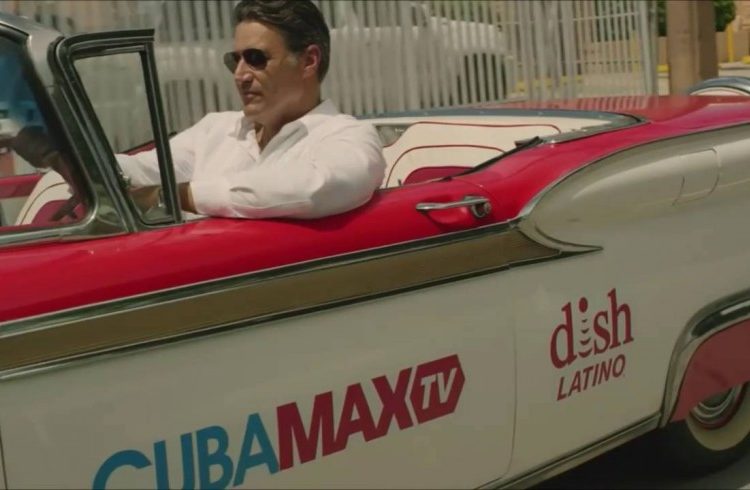 US TV is consumed by the residents of Cuba, from films, series, and TV shows that are broadcast on the island, or distributed via the “packet of the week”. But from June, with the inauguration of the channel CubaMax TV it will also be possible to watch Cuban in the USA.

This initiative includes the collective work of the Cuban company RTV Commercial, the Cuban Radio and Television Institute, and the provider Dish Network and its internet platform, Sling, a leading company of TV packages in Spanish and English in the US market.

The plan is that the signal will transmit US programs designed and produced in Cuba for 24 hours straight. The signal will reach thousands of American viewers, thanks to the current interest that the Greater Antilles have awoken in the American public.

The idea of ​​CubaMax TV is from the Spanish company Idaobex Living. The satellite TV company Dish Network has 14 million subscribers in the US and, with the addition of this new channel, aims to not only address Cuban Americans, but also to reach Hispanic residents in that country, a market well covered by large cultural industry corporations.

The Cuban actress behind CubaMax TV

Amarilys Nuñez has lived for the theatre. Thanks to that medium, she became an artist with great popularity and public recognition in Cuba. Although, she confesses to OnCuba, always craved higher experiences, like those CubaMax TV now offers, the business that has put Cuban audiovisual productions on the grills in the US cable signal.

“For a long time I wanted to venture into the medium in another way, to bet on new challenges behind the camera. When I was offered the direction of the channel’s programming CubaMax I accepted immediately,” she reveals.

Recently in Cuba you were seen on the small screen with the character of Julia, in the soap opera the other corner. When did you emigrate?

“I changed my life for love. I started a new sentimental relationship that has brought me here. On the other hand, creating a TV channel takes time. Over the last year I dedicated myself to working on the project.

“From its conception I have been part of the project and I feel profoundly proud of that. Moreover, I am conscious of the responsibility that we have and the importance that CubaMax has for me and for the country and for our artists. All the artists that are making art and culture on the island, or those that live away from it.

A message published in the Cuban media announced that the programming of CubaMax would be selected by RTV Commercial, the commercial arm of the Cuban Radio and Television Institute. Is that completely true?

“The decisions regarding content will be made jointly. All parts should be in agreement. Of course, it should always be for the sake of the best development of the channel”.

Will there be a space in CubaMax TV for offerings from independent filmmakers?

“Yes. We are all in agreement that the quality of our independent creators is very high. Any decision taken will be made on the basis of mutual respect”.

“The work before us is immense. A channel consumes material without stopping. Moreover, we have to adjust many technical things on a daily basis. The technologies used in Cuba are different to those that are used here. But we have a team led by Sebastian Velázquez that work 24 hours a day and maintain the current programming.

“We have so much to do. The channel has just been born but dreams, work and good will are in abundance. Our aims go beyond that, after having consolidated and become strong, we want to co-produce in Cuba as much as in the USA. We want to be one more way in which the rapprochement between the USA and Cuba can be tangible.”

To keep that idea afloat, its operators will have to obtain and maintain the trust and the dialogue in a relationship that includes Cuban policy makers, and they will need – probably in a more immediate future – to interact with independent filmmakers in the archipelago, who, in order the enable relations with international service makers such as CubaMax TV, require a legal recognition in the country that they do not currently have.

All of this will likely never be expressed on the screens of the channel. It is the framework behind the scenes, which perhaps the Cuban, Amarilys Nuñez, with her historic talent, will solve.

A bridge of keys between Manhattan and Havana

A bridge of keys between Manhattan and Havana

A Cuban at the world meeting of Nobel Laureates