The highest authorities have urged to put on the table ideas for the improvement of the Cuban economy. We are not in a stage to criticize, but to act. 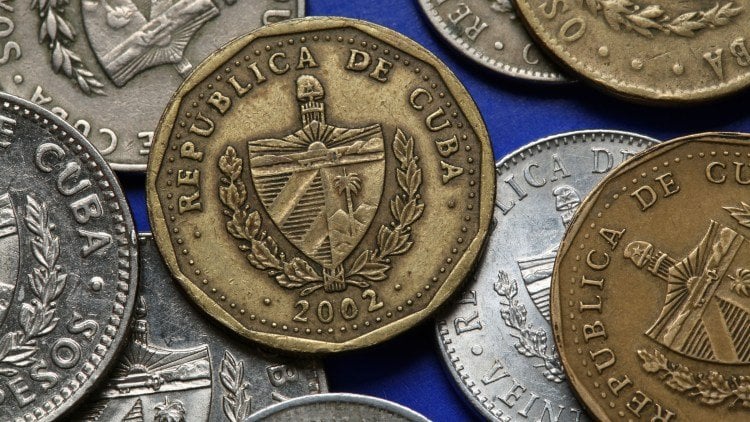 For some time now, social networks have been circulating lists of the new prices that must be implemented in the country after the so-called Day 0.

They are logical considering that when that day arrives, the current exchange rate for Cuban state companies of 1 CUC (convertible Cuban peso) for 1 CUP (Cuban peso) must also be modified, which will lead to an increase in sales prices.

But that logic ends when the increases in salaries or pensions that must necessarily accompany this process are published. Increases in products and services are proposed. One of the tables in the document, whose authenticity appears to be firm, shows a summary of the goods or services that will see their value increase.

*Caption: Table 1. Summary of retail prices and service rates for the centralized population modified as of Day 0

Concepts – Prices or rates that will be modified

Unrationed sales on the current network in CUP – 22

Other non-food products for unrationed or regulated sale – 34

It is curious to observe in some tables―for example, that of the regulated prices―how it is proposed to pass the rationed pound of chicken from the price of 0.70 cents of CUP to 20 pesos CUP. Or vegetable oil of 0.40 cents to 12 pesos CUP. And so on, with all the products of the basic food basket. Likewise, an increase is being studied in all services: water, sewage, telephony, transportation and communications, among others.

What circulates seems to be real, but in any case it could not be done immediately. First, the country must make an effort to regularize supplies in different markets.

As we have been saying, these prices would be in line with salary increases. With a simple calculation it can be understood that they would have to be above 3,000 CUP, and in certain professions it could reach 8,000 CUP and even more.

This process could imply the disappearance of the ration book, very controversial over the years as a champion of a universal protection system. However, it would be more convenient for the State to go to a more focused assistance, an idea that a group of economists have been defending for many years: giving food vouchers to the most disadvantaged families. Not subsidizing products universally, but people.

It is a long-established purpose to start eliminating one of the two national currencies in favor of the CUP. A process that I think is excessively gradual and with too much experimentation. In some stores it is allowed to pay in CUC, but the change is given in CUP. The use of CUC in state gastronomic entities has also just been abolished. These steps indicate that there are preparations for the arrival of Day 0. But, how much longer will it take?

The government doesn’t seem to know exactly, but if it did, it has to know all the distortions that are created as the process continues to be postponed. It is true: the gradualness softens the affectations, but too much gradualness conspires against the objective to be reached.

Some leaders express criteria on the need to exchange and do business with SMEs in other countries that, of course, are private. However, the steps to boost small national businesses are not domestically accelerated. We know the suspicion of that decision, but the Cuban issue is affected by the production capacity.

The lack of products is not a result of circulation, but the other way around. The intensification of the blockade is no secret, but on that one could act with an effect contrary to what is intended, which is to increase production. This can happen if productive forces are liberated so that Cuba can emerge from a sustainably low growth.

The purchases of cars in freely convertible currencies (MLC) that have been confirmed a few days after they were announced exceed millions in foreign currency only in the capital of the country. This demonstrates the amount of foreign exchange reserves in private hands, which are only used for consumption. Would the establishment of one or more stores to sell tractors and trucks in MLC to private producers to increase their production be a crazy idea?

What is the fear of authorizing foreign wholesale stores to sell in MLC and contribute their taxes to the nation’s budget? There would be significant savings throughout the supply chain and the State would earn capital, but the risks would be transferred to foreign suppliers or chains. It would be about giving licenses to international store chains ―such as Carrefour, Auchan/Alcampo, Mercadona, etc.― so that they establish stores in Cuba with the obligation that a percentage of sales go to the State as a circulation tax. That is not, in any way, yielding sovereignty.

Another solution would be to restore the circulation of USD and/or EUR in cash again. It does not involve technical complications in banks or in relation to communications. It would be a step backwards in the policy that only the national currencies circulate in cash in the country, in addition to the loss of control over the currencies in circulation, but the Central Bank would surely oppose it as it would consider it a backward step.

So, what to do? The State proposes exporting to collect foreign currencies, but only what is produced with international quality standards is exported. And that is only achieved if the necessary investments are made.

The highest authorities have urged to put on the table ideas for the improvement of the Cuban economy. We are not in a stage to criticize. But, unfortunately, for some it is easier to criticize what is published or proposed than to concentrate on proposing new ideas so that the State can count on a bank of possible solutions.

In conclusion, after Day 0 the population is threatened with a strong inflation. A painful but inevitable process. The government must manage that the expected price increase must be accompanied by a sharp increase in wages. The population is suffering the rigors of a crisis that surpasses the temporary situation, and time is more than important for those generations that have only experienced a crisis or a part of the crisis.

There must be internal options. We must not go looking for them outside our borders. And give immediate solutions to the problems. That’s what it’s about.