In the Expofair, in addition to the exhibition of Cuban products, workshops, business rounds and the signing of bilateral mechanisms are planned. 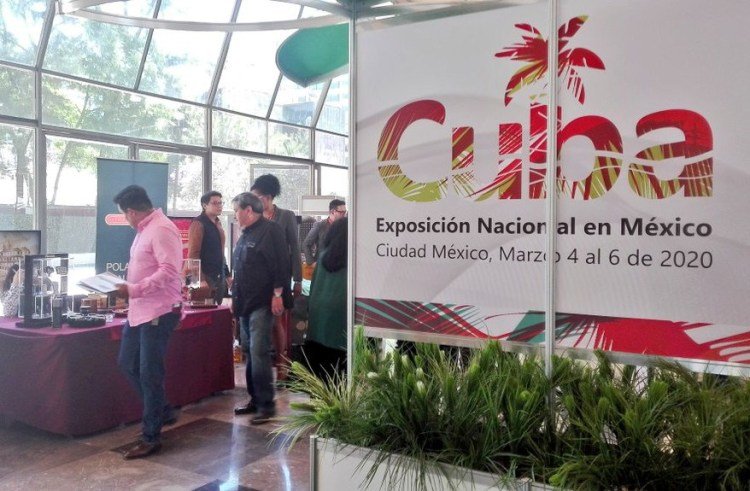 Cuba’s commercial exhibition in Mexico, inaugurated at the island’s diplomatic headquarters in the Mexican capital, on March 4, 2020. Photo: @NexosTuristicos / Twitter.

Around 70 Cuban enterprises are exhibiting their products in Mexico since this Wednesday, in an Expofair considered the largest of its kind the island has organized abroad.

The event, whose scenario is the Cuban diplomatic headquarters in that nation, seeks to boost bilateral trade and promote exports to Mexico, at a time when political ties are going through a good moment after the arrival of Andrés Manuel López Obrador.

The exhibition, named Cuba in Mexico 2020 and which will last until this Friday, is exhibiting Cuban export products, produced by enterprises from various sectors such as agribusiness, construction and biotechnology. During the event, “meetings are being held between businesspeople where possible exports are identified,” said on Twitter Cuban Foreign Trade Minister Rodrigo Malmierca, who participated in the opening.

Malmierca told reporters that there are potentials to continue strengthening economic relations between the two countries and said that Cuba has “excellent conditions” to grow in exports and “attract Mexican capital investment in different branches of industry and the economy,” according to statements cited by the Agencia Cubana de Noticias news agency.

On the opening day, attended by authorities of both countries, the Cuba-Mexico Business Committee’s 2020-2021 Action Plan was signed by Antonio Carricarte, president of the Chamber of Commerce of Cuba, and Valentín Diez Morodo, president of the Mexican Foreign Trade Council.

An agreement was also signed between the Cuban Ministry of Education and the Technical University of Guanajuato, and the signing of other mechanisms was expected.

During the sessions of the fair, panels and workshops were also held on topics related to public health and agribusiness products, among others, as well as business rounds in which Cuba’s commercial offers were analyzed for the Mexican market, and Mexican entrepreneurs’ possibilities of investing on the island.

Trade between Cuba and Mexico amounted to 424 million dollars in 2019, with a surplus for Mexico of 390 million. Other areas in which both governments aspire to expand collaboration are education, health, sports, tourism and culture, Miguel Díaz Reynoso, Mexican ambassador to the island, said to OnCuba last year. He also described the current stage of bilateral relations as an “exceptional moment.”

Only state cars are obligated to pick up passengers