A doodle for Finlay 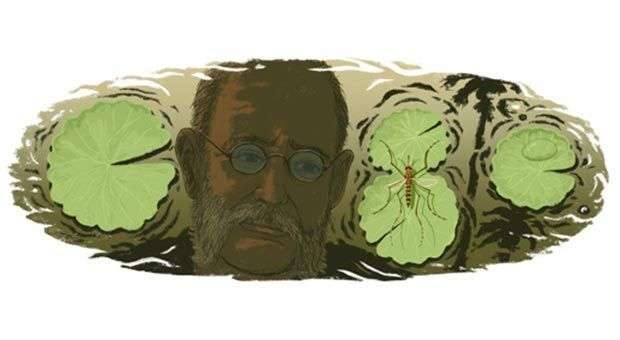 On December 3, 2013, the Cuban Carlos Juan Finlay is news again, this time thanks to Google. The most widely used Internet search engine has dedicated him one of its doodles, but apparently it didn’t want to put him away from his discovery: the mosquito Aedes Aegyptis appears perched on the “g” in Google written with characters shaped as lilies.

It was one of the most famous physicians of his time and probably saved millions of lives by solving the mystery of how the deadly yellow fever was transmitted.

Clicking on the doodle, a page with search results for “Juan Carlos Finlay,” with links to articles about the life of this scientist opens. The second “g” is replaced by an aedes aegyptis mosquito: In the upper left corner of the page, a small logo of Google, which is also modified, appears.

Carlos J. Finlay should have been the first Cuban Nobel Prize. He was nominated seven times in the early years of the twentieth century, in the category of Medicine and supported by several personalities of the time. He died in 1914 without the Karolinska Institute in Stockholm given him that recognition.

He was born in Camaguey province in 1833, Finlay became internationally renowned for his studies on the spread of yellow fever, but also investigated other epidemic diseases such as cholera, although his findings about this disease were censored by the Spanish colonial government and ignored by scholars for years, but time proved him right.

In 1902, Finlay served as Chief of Health of the Republic and President of the Superior Board of Health, the then equivalent of a Minister of Public Health.

Cuban actions against violence towards women