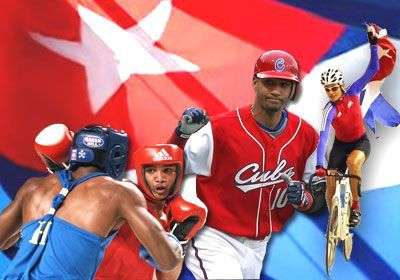 The National Institute of Sports, Physical Education and Recreation (INDER ) eliminated the granting of licenses to national sports team members; participants in the National Baseball and reserves of both in correspondence with the implementation of the policy of income for athletes, coaches and sports specialists .

Decree No. 134 “On the sporting licenses ” of May 6, 1986 , provided that these athletes keep their wages in the job they occupied during the period of training and competition , for which they were granted a license, adopted by the workplaces of the athletes .

This caused many athletes to occupy dissimilar positions in workplaces, from social workers, or communal services, and exercising, on paper only, work for which they were not qualified, or did not require any special skills. What mattered was that they appeared linked to an entity in order to focus exclusively to the practice of sport.

Of course, this entailed bloated payrolls, the budget increase for salaries to certain entities, and in some cases, illegal activities. Furthermore, athletes were also affected, due to the failure to exercise a decent job, his income was minimal, a situation that had to be addressed at some point.

In September 2013, the Council of Ministers approved legislation to improve compensation for athletes, coaches and sports specialists. In it, their monthly basic income in CUP for high performance athletes in active was established, so they should not occupy seats in other workplaces.

Joint Resolution No.1 of October 18, 2001of the Minister of Labor and Social Security and the President of INDER , established the rules governing the implementation of social protection to athletes of Cuban sports movement that integrate major national teams in all sports , as well as guarantees to those who were not longer in them.

Today, March 31, the Ministry of Labour and Social Security and the National Institute of Sports, Physical Education and Recreation, repealed the resolution.

Cuba to host a paragliding championship