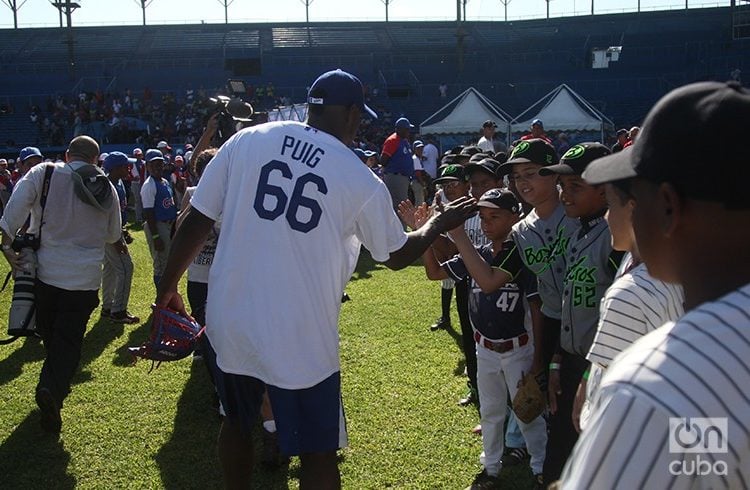 Cuban baseball fans gathered at the Latinoamericano Stadium in Havana to watch the first clinic held by the MLB goodwill mission to Cuba.

The main attraction of the session for most of them was the opportunity to see four Cuban players who had left the country years before – many of them illegally – to get a chance to play in the MLB.

This is the first time athletes in that situation are officially welcomed by Cuban sports officials, in the context of renewed relations between the United States and Cuba.

Other MLB starts in the delegation, such as Miguel Cabrera, Nelson Cruz and Clayton Kershaw were largely overlooked by the excited crowd that attended the stadium to see their old idols back in the field.

“This was not my old team’s stadium, but it’s the biggest stadium in Cuba, and believe me, I never thought I would set foot here again, or that I’d be welcomed by Cuban fans this way. I’m very excited. This is what to be in one’s country feels like.”

The MLB group conducted the first of two clinics scheduled in their program of activities in Cuba. Several Cuban baseball veterans joined in, forming groups with the kids for the practice.

“This is undoubtedly incredible, something that was unthinkable a while ago. We are making progress. It’s great that we can welcome Cubans who decided to leave the country, in whichever way. My only objection is that I don’t think they should be treated as heroes either, while those of us who stayed here are forgotten. We are all sons of Cuba, we all deserve the same treatment.”