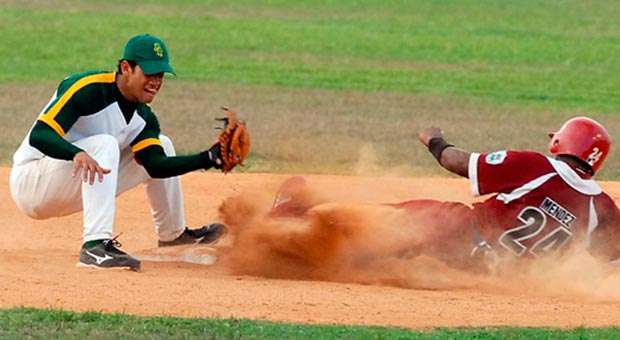 The National Series is at boiling point and the struggle in the table is constantly on the rise. Day after day, there is no team that can sleep quitely and the tournament has become a constant struggle to chase the team on the lead.

Following the transfer of the eight teams for the start of the midweek matches, Pinar del Rio and Matanzas (32-19) set the pace in the compact leading group just a game apart from its nearest rival, Villa Clara (31-20). The latter has managed to maintain its position after the first round of the championship. Meanwhile Industriales have descended to the fourth place (30-21), despite starting the second round at the top, but have lost two subseries in a row

Trailing the team from the capital and barely 2 games behind are Holguin, Isla de la Juventud and Artemisa (28-23) all tied in the fifth position and are threatening the leaders. While it seemed that the reinforcements would be a balm for the Santiago de Cuba squad (24-27) managed by former player Luis Danilo Larduet, this new phase of the tournament has been a disaster, without a single victory and have plummeted to the basement, from where escaping will cost them dearly

Forecast for the coming subseries

Villa Clara will now face as home club Santiago de Cuba, and these games could be an excellent chance for them to try to climb to the summit of the standings. Matanzas meanwhile will visit Industriales in the Latinoamericano stadium in a clash that has turned into a classic in the national series in the last years.

Holguin will travel to westernmost Pinar del Rio province to try to put on a leash the Green sox which have obtained in the last subseries the category of favorites to recover their crown in Cuban baseball. Artemisa and Isla de la Juventud will be in a direct fight to stay in the fifth position, or improve it to enter among the first four that will dispute the playoffs

Habana Abierta : A good reason to lose your voice