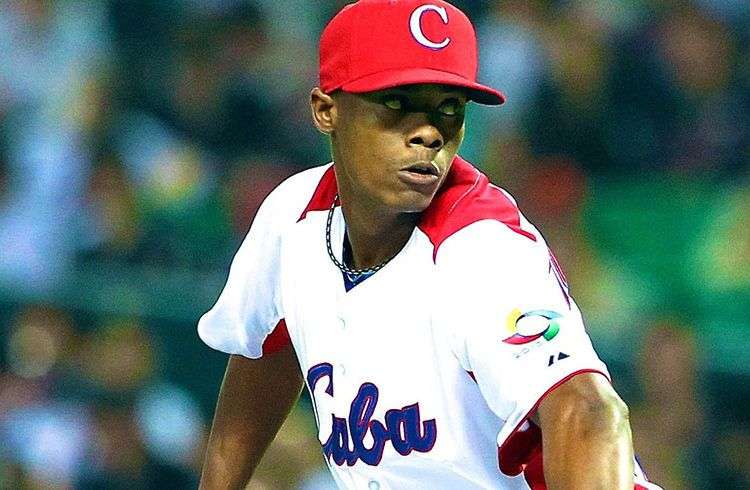 Another Cuban just signed on the Big Show. The avalanche of contracts has been unleashed and Major League Baseball (MLB) has its hawk eyes on Cuban talent. Raisel Iglesiashas just signed a contract for the next seven seasons with the Cincinnati Reds in the amount of $ 27.7 million.

The native of the Isle of Youth will be welcomed with open arms at Great American Ball Park by two other Cubans who are active in the franchise: Aroldis Chapman and Bryan Peña. According to the website of the MLB with Iglesias the Reds have long-term plans, he is a young pitcher with a strong arm and he shows an acceptable repertoire, attributes that support the abandonment of his performance as a reliever (what he did in Cuba) and his inception as a starter.

In this impasse he did not overlook the preparation, he perfected his moves on the mound and even scouts claim that there has incorporated new pitches; they are talking about a dominating change-up that contrasts with his supersonic fastball. He came in a couple of opportunities to spring training to be observed by several seasoned scouts of the franchises that were interested in his services. But in the end, it was Cincinnati that got the upper hand.

The official website of the Reds says the Cuban must immediately join its Double A subsidiary. Apparently they do not think Iglesias, at least this season, will make it to the 40-man roster of the first team. The upcoming Arizona Fall League could be his first test with the organization, a lid where the top prospects in the MLB go to. In his last season with the Isle of Youth team in Cuba he worked for a great ERA of 1.68 and 50 strikeouts in 53.2 innings.