José Abreu, Yoan Moncada, Yasmani Grandal and Luis Robert have achieved the feat. For the second time in MLB history, a group of four Cubans advance to the postseason with the same team, something that hadn’t happened in 55 years. 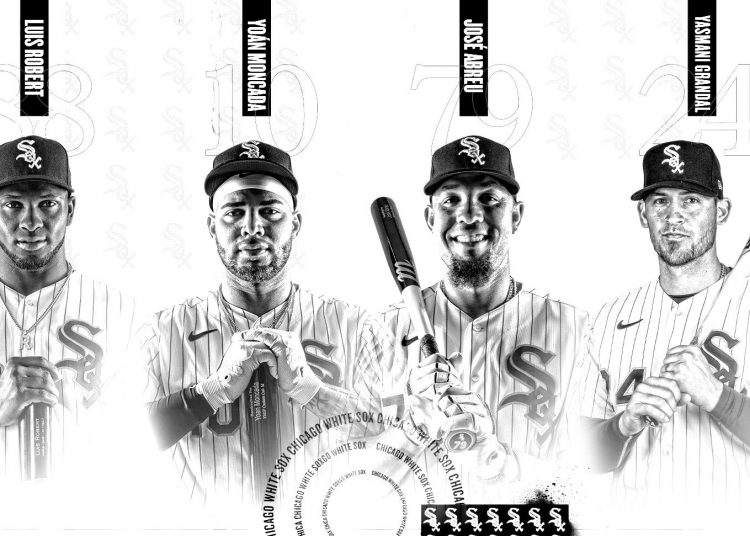 José Abreu’s average sprint speed during the 2020 season―according to Statcast data―is 26.6 feet per second, slightly lower than the MLB average (27.0). However, the Cuban ran with all his might this Thursday afternoon, reaching 28.0 feet per second―his second fastest run of the year on any play―and achieved a vital run for the Chicago White Sox.

In the seventh inning of the game against the Minnesota Twins, “Pito” reached the offensive rectangle with two outs, men in the corners and a minimal disadvantage (2-3) on the board. Against Mexican Sergio Romo, the Cuban hit a ground ball to shortstop, gained speed and landed an infield jit that opened the doors to home for Jarrod Dyson with the tie.

That was the second time Abreu equalized the actions this Thursday, as in the fourth inning he had hit a solo home run―his 17th of the course―to level the score at 1-1. With those two runs he reached 51, the absolute leader of MLB.

The White Sox beat the Twins to clinch a spot in the 2020 Postseason.

We've got plans in October!

The comeback was later completed with a double drive by Dominican Eloy Jiménez, who in the midst of the discreet celebrations affirmed via videoconference that he was very happy for the first qualification to the postseason of the Cuban slugger, undisputed guide of the team.

“He is really happy. He told me that in the end he has succeeded,” said Jiménez, one of Chicago’s young players who has exploited his full potential and complemented the voracious production of Abreu, a legitimate candidate for the American League’s MVP.

Qualification is a special reward for Abreu, who has lived through six losing seasons (including one of 100 losses in 2018) since making his Major League debut in 2014. Despite that, the Cuban remained loyal to the organization and made no secret of his desire to continue in South Chicago, something he achieved last winter with a new contract.

After the victory, the South Chicago boys ended a long drought and got their first trip to the postseason since 2008, and only the third of this century, in which they hold the crown in the 2005 World Series.

In addition, they consolidated as the best-balanced team in the American League and the second in the MLB with a guaranteed ticket to the decisive phase of the championship, after the Los Angeles Dodgers secured their passage on Wednesday night.

Definitely, this 2020 Major League Baseball campaign is taking on historical touches, and not just because of the shortened schedule, the special rules or the expanded postseason. The fact of the White Sox classification constitutes by itself one of those relevant events, as is the presence and prominence in the team of four Cubans, who have also entered the book of records.

Abreu, Yasmani Grandal, Yoan Moncada and Luis Robert Moirán have become only the second group of four Cubans to advance to the postseason with the same team. That hadn’t happened since 1965, 55 years ago, when the Minnesota Twins reached the World Series with Cubans Tony Oliva, Sandy Valdespino, Camilo Pascual and Zoilo Versalles (MVP of that season).

They lost a dramatic match against Sandy Koufax’s Dodgers in seven games and didn’t get any big numbers. Pascual made just one start (five innings with three earned runs) in Game 3 and lost, while Valdespino (three hits in 11 at-bats with no trailers) and Oliva (.192/.222/.346 line) did not contribute much with the bat.

Versalles did maintain his regular season pace and led the team in RBIs (four), extra-base hits (three) and hits (eight).

When the Magic Number hits 0

When the Magic Number hits 0…WE DANCE!

After that experience, on a couple of occasions three Cubans have advanced to the postseason as members of the same team. It first happened in 1970 when Luis Tiant, Leo Cárdenas and Tony Oliva, members of the Minnesota Twins, lost the Championship Series against the Baltimore Orioles.

History repeated itself last year with Yulieski Gurriel, Aledmys Díaz and Yordan Álvarez, who played for the Houston Astros in October and lost the World Series to the Washington Nationals.

On other occasions, at least two Cubans have advanced to the playoffs as members of the same team. One of the most memorable pairs that is remembered is that of José Ariel Contreras and Orlando “El Duque” Hernández, who were key players in the 2005 Chicago White Sox World Series.

Here we review all the pairs of Cubans on the same team in postseason:

Now Abreu, Grandal, Moncada and Robert have put the bar high again. They will be joined by other Cubans like Yandy Díaz and Randy Arozarena of Tampa, who also certified their ticket to the postseason this Thursday.

Nor should Aroldis Chapman (Yankees) and the young trio of the San Diego Padres, made up of Jorge Oña, Adrián Morejón and Michel Báez, be left out. The Astros’ Yuli Gurriel and Aledmys Díaz, as well as Adeiny Hechevarría (Atlanta Braves) and Raisel Iglesias (Cincinnati Reds), are likely to also make the playoffs, although their teams are second in their respective divisions.

In the case of the Reds, there are options for prospect José Israel García, who made his MLB debut in late August, but so far his performance has fallen short of expectations and he may be left off the postseason roster.

Other Cubans with possibilities to play decisive games are Lourdes Gurriel Jr. (Toronto Blue Jays), Rangel Ravelo and Johan Oviedo of the Cardinals, whose teams are currently fighting for access to the wild cards.