The faces of San Juan 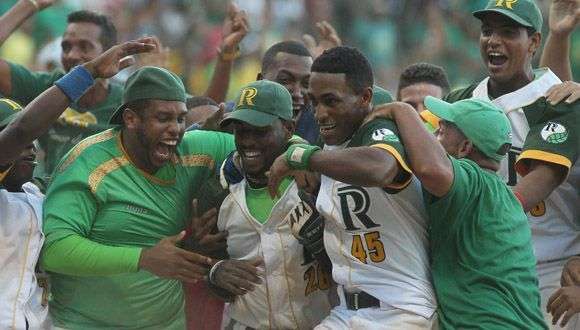 The rumor grew till it became a reality and finally in the Caribbean Series San Juan, Puerto Rico, will be the Cuba team with some Pinar del Rio players, monarchs of the last national baseball tournament.

Not as dramatic as one might think, after all, Pinar del Rio, Granma, Santiago, Las Tunas or any player that travels to Puerto Rican soil, would have the mission of defending Cuba as a whole and not a particular territory.

In addition, the need for strengthening with the most proven players in the nation was evident since already Villa Clara, the representative a year ago in Margarita Island, Venezuela, experienced what a handful of professionals can do, regardless of rank and status in the professional baseball.

Therefore, Pinar del Río fans should not feel anxious, those who do not share the idea of undermining their squad with faces that did nothing for the championship, especially if we consider that the entire winner team in the last National Series will have the opportunity to compete next August at the Challenger in Canada, to be held in Prince George.

In the end, there will be 12 members of that squad traveling to San Juan, who will be joined by 16 reinforcements, the latter crowned at the recent Central American and Caribbean Games in Veracruz, Mexico.

The team will be named Vegueros of Pinar del Río and its maximum, as usually happens with baseball in Cuba, is to show that the sport maintains its leadership and competitiveness in the Caribbean scene.

“We’re not going just to participate, we will compete and represent all Cuba. I think the squad has quality and competitive to face a tough event and in its making we evaluated what each can contribute to collective dynamics, “the manager Alfonso Urquiola said.

“We appreciate the respect to the base of the champion team because the 12 players going had a tremendous impact on victory last year, and we must say we are very pleased with what we have brought together to fight in San Juan” Urquiola said.

“It’s a solid group, which has many variants offensive to manufacture runs, because it brings fast men who also have strength. I think we can do two line-ups, one against right-handed pitchers and one against lefties, and in the case of pitching, we as starters Freddy Asiel, Norge Luis, Yosvani Torres and Yera, while the long relieves will be for Jonder and Casanova, which are multifunctional “added the experienced strategist.

“Livan Moinelo is a southpaw just 19 years old but is in a splendid moment, I have great confidence in him and use it as a situational reliever, while Vladimir Gutierrez and Hector Mendoza will be the closers, a role in which they have consolidated thanks to their power and speed, “said Urquiola.

On the absence of Vladimir Baños, one of the top pitchers of the team and the catcher Olber Peña, a regular after the departure of Lorenzo Quintana, the mentor explained that the pitcher “is an athlete of great shame, a badge, but has had a very discreet performance lately.

“Regarding Olber, he is fine, but has no competitive experience, and catching is not only to receive balls, should be very effective in blocking shots and leading pitchers, areas in which Frank Camilo surpasses him, “said Urquiola.

Still Vegueros rivals have not been defined in the upcoming Caribbean Series, but the finals in Mexico, Dominican Republic, Venezuela and Puerto Rico are already running which will conclude next week.

Just this detail is a significant advantage for the opponents, because although they will somewhat changed their rosters in the face of imminent San Juan event, keep the base and team work just days away from the competition, while Cuban representatives will arrive with one week of collective work.

This handicap caused by the duration of the National Series will be corrected in the future, because it makes no sense that a team crowned in April or May participates in the Caribbean Series months later, only with memories and no trace of the dynamics that led it to the top.

Now Pinar del Rio could face, besides some very good teams at their very best, some of the historical teams in the region, as Tomateros of Culiacan, second bigger winner in the Mexican league, Navegantes de Magallanes, founder of the Venezuelan League, or Indios de Mayagüez, Puerto Rican historical leader in professional baseball.

Alexander Delgado: I have not lost humility