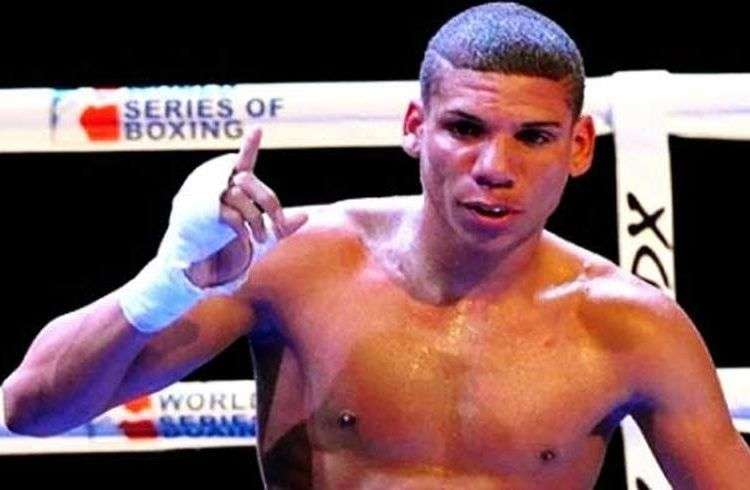 The thousands of kilometers were no impediment to the Domadores to show their fieriness and predatory instinct during the second appearance of the Cuban franchise in the 5th World Series of Boxing (WSB). This time Algeria was the opposing team, but neither its local status deprived them from the sweep when facing a concentrated monarchs, willing not to lend their crown.

Warned about the reputation of their opponents, the Africans were defeated one by one in the city of Blida. Thus, the first local boxer who climbed to the ring was Abdelhakaim Barka who faced the world bronze medalist Yosvany Veitía. The Cuban, unbeaten in the previous edition in eight outings, appeared in the 52 kilograms this season, was quick in his movements, with precise and clean blows headed to the anatomy of Barka, who had higher reach and height, but lack of technical expertise.

This is the ninth win of the current national champion, who is perhaps, along with Erislandy Savon, the Cuban pugilist who has experienced the greatest development in the last two years (In 2014 he only lost once, won the Central American Games of Veracruz, and was essential in the reign of Domadores in the 4th WSB).

The second Antillean victory went without sweating through Lazaro Alvarez (56 kg) who just had to get on the scale to win the fight against Reda Benbaziz. However, they held an exhibition combat at the end of the match: Alvarez for not to lose the trip while Benbaziz did not want to miss the option to face a twice orbital champion and Olympic bronze medalist. The Cuban equally won.

Sofiane Tabi, champion of the African Cup of Nations, and most glamorous local exponent, had in Roniel Iglesias (69), the best Cuban boxer ounce for ounce, a very tough adversary who defeated him unanimously (3-0).

Julio Cesar la Cruz (81), double planetary monarch, let the match sentenced. As usual, moving restlessly around the ring, with defense as offense, he beat Nabil Kassel, when the coaches did not let him fight in the fourth round, after being treated twice due to a cut in the face.

The Pan American king of Guadalajara in 2011, Leinier Pero ( more than 91), gave the checkmate on his debut. The southpaw, without showing all his worth and arsenal, easily defeated Beguerni Hamza, slow rival, not wanting to shine, and apathetic at times.

Thus, the also winner of the world junior championship and the Youth Olympic Games in 2010 joins as happy newbie to his compatriot Jhoanys Argilagos, after the triumph of the latter against the Morocco Lions, on January 16 in Havana.

This is the second consecutive sweep of the Domadores, who lead Group A with six points, tied with the Ukrainian Otomans also unbeaten in two matches. However, Cubans lead the poole, thanks to ten wins in as many appearances.

The Cuban world champion Richard Abril will defend his belt of the 135 pounds for the third time versus British Derry Mathews, on March 6 at Liverpool. The fight will be in the hometown of his opponent, so that a tough duel from beginning to end is expected against a not top quality opponent, but with experience.

Mathews ( 36-2, 7 KOs) has just won the national title, and had a stroke of luck when earning this combat, since the defense of Abril was marked for January 23 against Anthony Crolla, also English, who withdrew due to injury, after being attacked while trying to stop a robbery in his neighborhood.

However , it is expected that Hairon Socarrás, Idel Torriente, Yuniesky Gonzalez, Humberto Savigne, Judel Johnson, Yuriorkis Gamboa and the former member of the Domadores, Guantanamo’s Marcos Forestal, among many others, to fight in the first months of 2015.

The faces of San Juan

Alexander Delgado: I have not lost humility

Oil in Cuba: will the investing dynamic change?