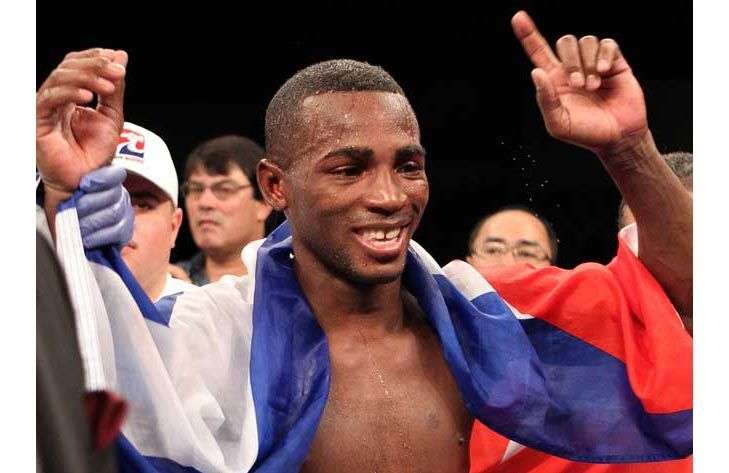 The boxer from Cuban easternmost province, Guantanamo, Erislandy Lara (20-2, 12 KOs), super welter champions of the AMB had his way again at the Illusion Thearter, in San Antonio, Texas, when he beat American Ishe Smith (26-7, 12 KOs) who looked helpless on the ring against the mastery of the Cuban.

Lara fought his usual way and kept the belt in this category by easily winning over his opponent by unanimous decision. Smith looked for Lara the whole night but simply couldn’t find him. The superiority was even more evident after seeing who the judges saw the fight and scored on behalf of the Cuban: 119-109, 119-109 and 117-111.

This combat had been postponed for Lara to have a much more known rival, Mexican Saúl “Canelo” Álvarez, last July 12. In a very controversial call, the Cuban was beaten on a divided decision, despite many seen him as the true winner, thanks to exact hitting, but his lack of offense was an element for two judges to see the Mexican have some advantage.

After the match Lara said he would love to have a shot at fighting the best pound-by-pound boxer of the world: ¨I hope I can fight Floyd Mayweather Jr. If he claims he only wants to fight the bests he would have to fight me because I have proved I am the best at 154 pounds¨

Novelties for Cuba volleyball for 2015