We analyze some variables about the slow start to the season of the Chicago White Sox, the team with the most Cubans in the Major Leagues. 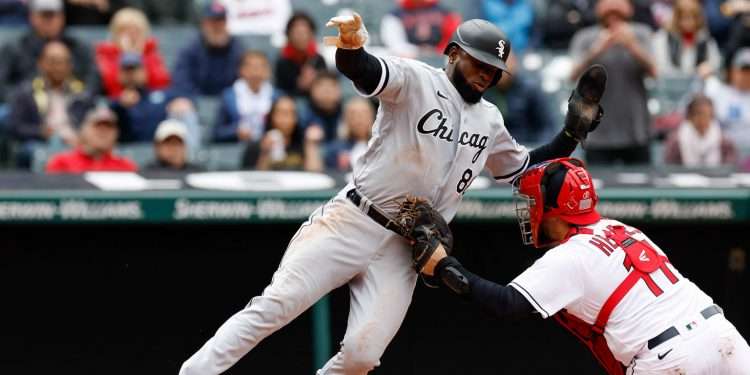 Luis Robert has not had a bad start to the season, but again injuries are limiting his playing time. Photo: Taken from MLB.

Goodbye May and hello June. The third month of the season gets underway, and nothing is yet written in Major League baseball, where a reality prevails: fewer home runs are hit while strikeouts retain prominence. Apart from this, the almighty Yankees and Dodgers are making solid progress on their respective circuits and keeping alive the dream of facing each other in a World Series that many fans have longed for since they last met in the Fall Classic 41 years ago.

But time will say the last word, and no one can rule out some other team calling the shots, just like the Atlanta Braves did last year, or the Washington Nationals in 2019. Until that pinnacle comes, we must settle for streaks and trends of the season.

Here is one of the most popular MLB phrases: “if you want to know where a team is going, wait until the first two months of the season are over.” Okay, we’ll listen to the great Sparky Anderson, who won three World Series as a manager between 1975 and 1984. With his sentence in mind, three questions arise after the opening two months of the competition.

What’s going on with the White Sox? Can the Phillies bounce back in their most hopeful year in a decade? Why was the month of May historic for Mookie Betts? Without further ado, let’s call the first strike.

Things are not going well on Chicago’s South Side, where injuries have hit hard this season’s opener. To this we must add the pitching problems and, as if that were not enough, the fact that the defense and offense have been below average. Mentor Tony LaRussa himself, an old dugout fox, has described the situation as difficult. Really, no White Sox fan imagined being in the current circumstances before Opening Day.

The only problem for the Sox isn’t even how they’re playing. After all, they are just one game under .500 with a record of 23-25 ​​and more than 80% of the campaign ahead. The other drawback is that Minnesota has stolen their start in the AL Central.

Rocco Baldelli’s boys have a record of 30-21 and the difference with respect to Chicago (second place) is five wins. The duel is raised, with the White Sox trying to reach the promised land for the third year in a row, something they have never achieved. The Twins, for their part, are surprising the baseball world and for the first time since 1991 they want to win a playoff series.

By the way, this is the 16th time the Twins have started with that pase in the first 51 games of a season, and the last two times they’ve made it to the postseason. This is a clear warning for the White Sox, who last year were 33-22 — just 11 games over .500 — on the first day of June. It’s a fact, life changes fast, but let’s see what the numbers say about the current situation.

As for the OPS, the White Sox have the worst result of this century — matched with .653 in 2015 — and the eleventh in the history of the organization during the last century.

Why is that happening? The first reason is that they’ve had several of their best hitters out of the lineup for various ailments. Eloy Jimenez has spent 39 days on the disabled list, while Yoan Moncada (35), Andrew Vaughn (12), A.J. Pollock (11), Luis Robert (8) and Tim Anderson (3) have also missed playing time. LaRussa has not been able to get Moncada, Robert and Eloy Jiménez together in a lineup in 2022.

Now, let’s not just blame the offense; the pitching is also failing because of the lack of control. The rotation ranks 25th in WHIP (1.39) and its bullpen ranks one notch lower (27th) in all of MLB. Starters have posted the third-highest walk rate and relievers the sixth highest. The defense has also had deficiencies, it’s the eighth with the most errors (32) and, according to DRS, which is the defensive runs saved, they are the seventh worst.

It is impossible to talk about this team and not mention the Cubans, about whom we leave some notes.

* Yasmani Grandal has had the biggest slugging drop from 2021 to 2022. His total base average is down 302 points (from .520 to .218). The Cuban catcher may be affected by the use of a new ball or the installation of humidors in the 30 stadiums at a standard temperature, to prevent the balls from getting wet, making it difficult for the pitchers to grip. What is the main result of that? His home run rate (1.00) and total base average (.386) are the lowest since 2014 (0.86 and .386, respectively).

* José “Pito” Abreu is being more patient. The American League MVP in 2020 improved in May compared to what he achieved in April, as shown by his offensive line (average/on-base percentage/slugging/OPS):

The Cienfuegos player also hit three home runs and drove in 14 runs in the last 31 days, but one of the most striking details of his performance is that he currently records the highest walk rate of his career (11.9%), with which he exceeds the average for this season by 3.5%. Abreu is also wringing out opposing pitchers, to the point that he has achieved the highest percentage of pitches per appearance in a season (4.26), higher than his career average (3.88).

*As long as Luis Robert does not maintain consistency, it will be difficult for him to find success in a complete season. Once again, he is on the disabled list after having a good month of May, in which he hit .341/.385/.459, with 29 hits, 13 runs scored, three home runs and 11 RBIs.

By the way, “La Pantera” has 157 games in the Majors and is only five away from 162, which is equivalent to a full MLB season. In that span, he has hit 30 homers and 91 RBIs, in addition to shining on defense with a Gold Glove in 2020.

The bells are ringing in Philadelphia, where the sound signals that it is time to wake up. Joe Girardi’s team is 22-29 in its first 51 games, which bodes bad: in the 48 times they’ve started a season that way or worse since 1901, they’ve never made it to the postseason.

The worst news is that these results come just as the front office is betting everything to return to the playoffs after a decade away. On an afternoon in mid-March, COO Dave Dombrowski and team star Bryce Harper planned a meeting with owner John S. Middleton and other investors. The goal was to convince the bosses to sign another big-name hitter in free agency. A few hours earlier, they had signed Kyle Schwarber (four years for $79 million).

According to The Athletic article, written by Ken Rosenthal, Middleton said that he would seek a new free agent with one goal, to win this very season. On March 17, they hired Cuban American Nick Castellanos for five years and 100 million dollars. Also, for the first time, they exceeded the luxury tax.

Dombrowski did not bet on his defense in the current campaign; instead, he focused on improving offense and pitching. The result is expected, his team’s defense is the worst in the business, it ranks last in defensive runs saved (-31) and above-average outs (-19). To make matters worse, Harper can’t play right field because of a sore elbow, and Castellanos has had to take over.

The Phillies have tried ― unsuccessfully ― to improve their bullpen in recent years. Brand Hand, Corey Knebel and Jeurys Familia all arrived last offseason and have combined for a 3.00 ERA with a 1.43 WHIP, but the rest of the troubleshooters post a 4.13 ERA and 1.41 WHIP. Overall, Philly’s relievers are the wildest in the Majors, with a walk-per-nine-inning rate of 4.73.

The offense is in the top 10, but in the age of the bullpen and improved defenses, it takes more than good hitters to go far. We will see how the bets of the central office end, which is not giving positive results for now.

If we have to define the version of Mookie Betts in May with one word, sensational would be the perfect one. The Dodgers’ No. 50 just had his best month in the Majors and, for the record, he’s had a few other good ones.

His numbers force us to do some research in history and thanks to the Stathead filter, we were able to obtain the following data. Only Roy Campanella (May 1953) and Mookie (May 2022) have hit 12 homers in the fifth month of the Gregorian calendar in the annals of the Dodgers.

But there is more relevant data on the rise of Betts, who has woken up after a slow start in April, when he drove in just six runs and hit .230. For your information, only five batters from the Los Angeles franchise have hit at least 12 home runs in a month, 27 RBIs and an OPS of 1.150. They are:

Mookie’s May has been the same as his team’s. Dave Roberts’ team had the best record on the old circuit (20-9) and led his league in ERA (3.08) and OPS (.808). But if you want to know why it’s the most complete roster in baseball, take a look at the following table, which shows where it ranks in various aspects of the game.

Cuban government rejects its exclusion from Summit of the Americas