The largest metropolitan area in the state has the largest number of cases and deaths, concentrated in Miami and Hialeah. 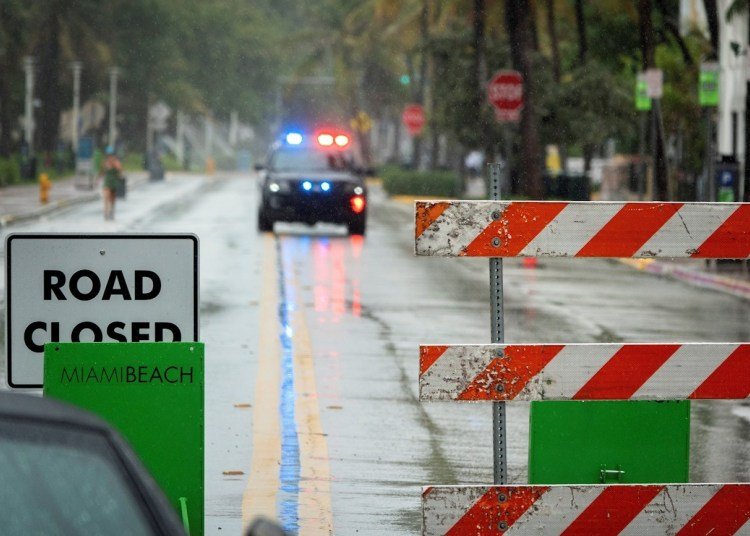 While waiting for the opening of beaches in Miami Beach, the streets are still flooded due to four days in a row of downpours. Photo: Cristóbal Herrera/EFE.

The state of Florida woke up this Tuesday with 52,255 cases of COVID-19 and 2,259 deaths. In Miami-Dade, the sick total 17,986 and the deaths, 633. This indicates that during the weekend the figures rose at least 20%, the highest in the state, in the most important metropolitan area of ​​South Florida.

Even so, the mayor of the county, Carlos Giménez, wants to open next Monday all the closed establishments such as shopping centers, restaurants and bars, beaches, public and collective swimming pools and, perhaps, cinemas and theaters. All others deemed “nonessential” are already open, but with restrictions, such as barbershops, hair salons, cafes, and pizzerias.

According to the mayor, the reopening will allow citizens to relax, very tense due to the more than two-month closure. “We want a very careful incorporation, the economy can no longer be paralyzed. But the police are going to be attentive to crowds and compliance with security measures such as the full use of masks and gloves,” he explained. People can only do without them on beaches when they are in the water and must keep the average distancing of a meter and groups of no more than ten people.

However, the decision is being challenged by specialists. “Despite the decline in the curve, cases have risen, and that is what epidemiologists are concerned about. We never have security. The possibility of the rebound is real, and with the relaxation the cases go up. The fact is that this virus has behaved very differently from others,” said epidemiologist Ana Castañeda to a local radio station.

The situation is aggravated by a reality that is now emerging. “We have never been able to determine exactly the number of infected people. The tests have been done on those with symptoms, but not on the asymptomatic ones, and they are the ones who transmit the coronavirus. But there is more: most of the figures accounted for come from tests done in public institutions, not in private hospitals,” she added.

The mayor’s orders have a relative compliance obligation because the municipality may decide not to carry them out. It seems this is what is going to happen in Miami Beach. Its mayor, Dan Gelber, said this Saturday that the beaches are not going to open to the public for now, which contradicts Giménez, who in the meantime has changed his mind: he said this Tuesday that he would wait for Gelber. “My concern is the increase in cases in Florida and in the county and the crowds of people, which are very difficult to control. This will extend, I repeat, for the moment, to hotels. My idea is to review the situation on June 1 and then decide,” he said.

On the other hand, last weekend the Florida Department of Health released the official numbers of coronavirus cases in Miami Dade county municipalities, numbers that many of the mayors have not bothered to socialize. The list is headed by the cities of Miami and Hialeah:

Scientists say COVID-19 will be endemic in Cuba; a fresh outbreak of the disease is expected in November