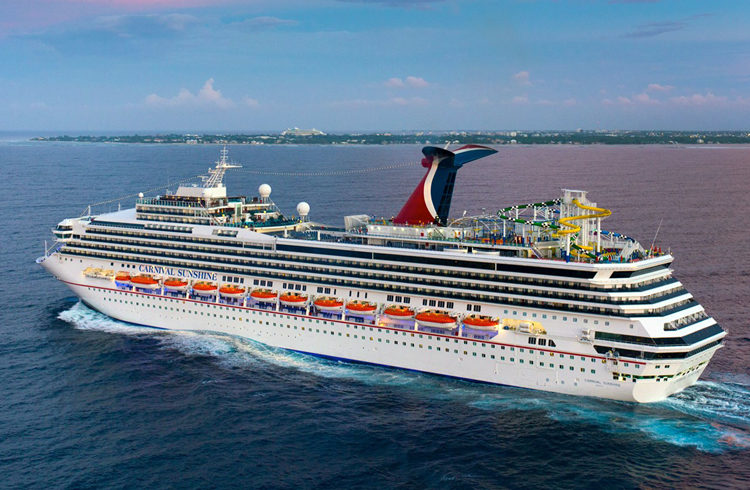 The Carnival Sunshine will be the largest cruise ship to travel to Cuba. Photo: travelweekly.com

The U.S. Carnival cruise company continues betting strong on Cuba and this week announced new itineraries to the island for 2019 and 2020.

The principal novelty will be the arrival of the Carnival Sunshine, the largest cruise ship to visit Havana since the resumption of these ships’ journeys from the United States. With a capacity for more than 3,000 passengers and weighing more than 102,000 tons, the Sunshine will offer the first trip from the port of Charleston, South Carolina, to the island.

This ship will depart from Charleston on November 21, 2019, for a four-day cruise that will offer its guests one whole day in Havana, according to what the company said.

It will also make five-day trips with stopovers in the Cuban capital and Freeport, Bahamas, between January and April 2020.

In all, Carnival’s 23 new journeys will include Havana in its itinerary for the next two years. The trips will be on board five different ships. In addition to the Sunshine from Charleston, the Carnival Triumph is programmed to leave from Fort Lauderdale, the Carnival Paradise from Tampa, and the Carnival Victory and Carnival Sensation from Miami.

The president of the cruise company, Christine Duffy, commented that Cuba has demonstrated it is extremely popular among her company’s guests and that they were pleased to offer increasingly more opportunities to experience and explore this fascinating destination with these new trips.

In May 2016, Carnival became the first U.S. cruise company to travel to Cuba in half a century, with the Adonia of its Fathom brand. After this cruise line, other U.S. companies started making trips, like Royal Caribbean Cruise, Norwegian Cruise, Pearl Seas and, more recently, Victory Cruises.

Despite the uncertainty generated by the measures of the Trump administration toward the island, cruise trips to Cuba continue being a popular modality among Americans and the principal companies have not doubted in confirming their presence in the upcoming years. According to the island’s Ministry of Tourism, in the first quarter of 2018 a 28.6 percent growth was reported in that modality.

According to a study by the U.S.-Cuba Trade and Economic Council, the cruise lines will amass more than 761 dollars in gross incomes up to 2019 by transporting more than 570,000 passengers.

In 2017 the number of U.S. travelers to Cuba reached up to 619,777, almost threefold the figures registered a year before, which placed it among the markets with the biggest growth. However, in the first quarter the numbers dropped to only 56 percent with respect to the same period last year.