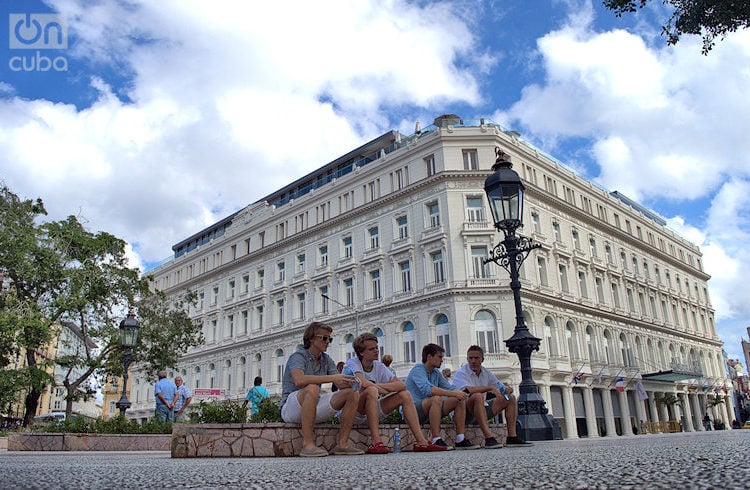 While some media and politicians like Cuban-American Senator Marco Rubio insist on the theory of the “attacks,” the Department of State and the FBI recognize they still don’t know what happened or who could have been behind the incidents.

Meanwhile, the Cuban government has denied once and again its responsibility or knowledge about the events – as Rubio alleges -, and has even discredited the accusations against it based on the results of its own investigation.

According to Cuban experts, there is no proof of acoustic attacks – the principal hypothesis managed by the United Sates about what happened -, on which renowned scientists beyond the island agree and even U.S. specialists.

The Department of State itself has started distancing itself from that theory – motivated in the beginning by the acute sounds several alleged victims said they had heard and that led to thinking about the use of a sophisticated sonic weapon -, and has launched other hypotheses, like that of a possible viral attack.

In a recent Senate hearing, the assistant director of diplomatic security, Todd Brown, did not rule out the acoustic element but left the door open for any other explanation.

However, the medical director of the Department of State, Dr. Charles Rosenfarb, said that the symptoms experienced by the diplomats – which included fatigue, headache, dizzy spells and nausea – were “medically confirmed,” and the brain scans showed anomalies in the white matter of the victims.

Until now, the Trump administration has reported some 20 affected officials, to which a smaller group of Canadian diplomats is added and, more recently, 19 U.S. visitors who allege suffering from similar symptoms, according to the Department of State.

A U.S. official and his wife in Uzbekistan also reported a similar situation, which set more sights on Russia, which some have unofficially made responsible.

In any case, whatever it is has spread since the first reports and it is not improbable that we will hear of new cases in the future.

And if it were collective hysteria?

Among the theories managed to explain the symptoms of the U.S. diplomats and their families there has not been a lack of collective hysteria. Several specialists have suggested that possibility based on the information made public, although specifying that without access to the victims it is impossible to make an adequate diagnosis.

A recent work by the magazine Slate has retaken the issue and cites important researchers like Dr. Robert Bartholomew, a U.S. medical sociologist living in New Zealand, who already by early September expressed his suspicion in relation to this.

Author of books like Outbreak! Encyclopedia of Extraordinary Social Behavior and Mass Hysteria in Schools: A Worldwide History since 1566, Bartholomew has compiled a database of some 3,500 cases of what medical literature currently defines as “massive psychogenic disease” or “collective stress.” Based on that experience he gave his opinion on what happened in Cuba.

In the Senate hearing, Marco Rubio asked Dr. Rosenfarb if he believed it was a case of massive hysteria, that a group of persons are simply hypochondriacs and invent it, something that was ruled out by the medical director of the Department of State.

However, for Slate Rubio’s question to Rosenfarb was a trick question and inadequate since it contained the wrong supposition that collective hysteria is the same as feigning or hypochondria. Following the criteria of Dr. Robert Bartholomew, the publication sustains that the massive psychogenic disease is probably the best explanation for the reported incidents.

The expert explains that if the word concussion is eliminated from the debate (while recognizing the visible changes in the brain’s white matter) what happened in Havana would be a “textbook case” of massive psychogenic disease, from its symptoms to its propagation.

According to Bartholomew, most of the described symptoms cannot be produced by a sonic weapon, and those that can, like anxiety and nausea, should be caused by incapacitating and loud noise. On the other hand, the other fit perfectly well in the profile of collective hysteria, to which he adds another important data: it is about a small and united community in a foreign country that has a history of hostility toward the United States.

He affirms that that is a classical configuration for an outbreak of massive psychogenic disease.

To back its theory, the Slate article proposes a look at known cases of collective hysteria, like that of the girls with spasms in Le Roy, New York, in 2011; the 600 girls with paralysis in Mexico in 2007; that of the nursing school in Papua New Guinea in which students were left deaf without apparent extreme cause in 1973; and that of the hundred Belgian students who reported different symptoms after consuming Coca-Cola in 1999 and represented millions of dollars’ worth of losses for the company.

Moreover, it refers to “sonic” cases that supposedly have affected persons. Among them, that of Kokomo, Indiana, where the locals reported symptoms since 1999 due to a low frequency sound; that of Taos, New Mexico, where a buzzing sound causes sleeping problems, ear aches, irritability and general discomfort; and those of Bristol, England, and Windsor, Ontario, with a similar cause and symptomology.

From being close to wind turbines – which has given name to a syndrome of hearing disorder – to paranormal phenomena have been used as an explanation for phenomena of this nature throughout the world. In Germany, says Slate, a common condition called Hörsturz is recognized. It is a sudden loss of hearing due to stress.

The Handbook of Clinical Neurology on Functional Neurological Disorders speaks about the non-organic loss of hearing in its chapter on “Functional Hearing Disorders,” together with musical hallucinations, misophobia (hatred of sound), acoustic shock from a sudden noise – the symptoms include ache in or near the ear, tinnitus, problems with equilibrium, hypervigilance and sleeping disorders – and others.

It is very easy to manipulate the physical wellbeing of persons by giving them expectations about sound, says Professor Keith Petrie, who has investigated the power of the mind in relation to the so-called wind turbine syndrome. When Petrie and his colleagues exposed persons to real and simulated low sounds, they discovered that it wasn’t the sound in itself but rather that their expectations, or what is known as the nocebo effect, produces adverse physiological reactions. Witnessing another person with symptoms can create an even stronger response, the Slate article points out.

Although it might seem that those reporting these symptoms are feigning them, the truth is that they really believe them. The persons who in these cases were told there was a medical reason for their symptoms got to experience real physiological symptoms, “medically verifiable,” which provoked in them a deep anguish, even if they rapidly got better like most do.

Bartholomew affirms that the persons who suffer a massive psychogenic disease are not hypochondriacs and are not inventing everything. Their condition is real with real symptoms and it can happen to anyone.

Easier than what it seems

Cases like the aforementioned are not as strange as it could seem. Neurologist Jon Stone, co-editor of Functional Neurological Disorders, says that as human beings we are more prone to these phenomena than what we would like to think.

According to Stone, persons frequently have these symptoms and simply believe them normal, and that we are never very far from a functional disorder.

The specialist explains that what before was known as conversion disorders – the conversion of a mental into a physical problem – are now known as functional disorders. Previous terms like “psychosomatic” or even “psychogenic” imply a purely mental origin, but current science considers that there actually exists a mixture between the mental roots of the condition and its physical manifestation.

In relation to what happened in Cuba, the medical director of the Department of State said there were clinical findings of some combination similar to what can be observed in patients after a slight traumatic brain damage or a concussion. However, Stone specifies, a concussion is not the only thing that can have that effect.

For the renowned neurologist, the visible brain changes in those affected can also be seen in cases of chronic pain, anxiety, depression, among other causes. He affirmed that this is not a sign of brain damage; it is a sign of brain dysfunction and is proof that they are sick.

Meanwhile, Mark Hallet, principal researcher of the National Institute of Neurological Disorders and Cerebrovascular Accidents, explains that the functional disorders are not lineally manifested.

Generally, when most of the persons get sick they seek a single cause, a simple chain of events that begins with an event or a germ and ends in the discomfort suffered. But actually, the cause can be multifactorial and can imply a cycle feedback among our expectations, emotions and physiology.

Natural experiences and feelings can be enhanced, especially under the effect of fear and anxiety. Hallet and other experts affirm that this situation creates a sort of cycle between the mind and the body from which it can be difficult to come out of and can make these conditions difficult to treat.

Professor Keith Petrie explains that it is very powerful and frequently underestimated, and added that from the comments he had read by the doctor [from the Department of State] associated to what happened in the embassy [in Havana], it was interesting how he ruled out that explanation and that he didn’t seem to understand how easily this can happen.

And, I went to Santiago

The overexploitation of Viñales

The overexploitation of Viñales

The life of Devilliers, the “tin can sculptor”