The meteorological events occurred in the Ceballos People’s Council, in Ciego de Ávila, and in Vertientes, Camagüey province. Fortunately, no victims were reported. 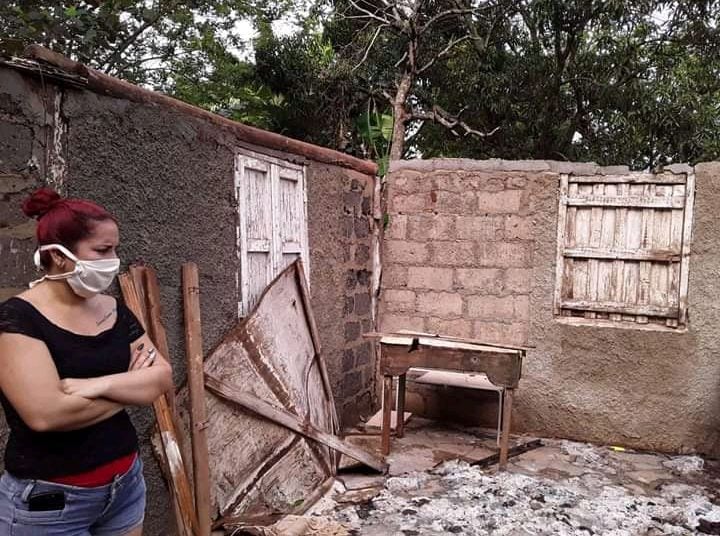 Two strong storms that occurred this Monday afternoon left damages to homes and others in towns in central Cuba. Fortunately, no victims were reported.

The meteorological event hit with “strong winds ranging between 80 and 90 kilometers per hour, heavy rain and large-size hail” and, according to preliminary data from the Municipal Defense Council, caused 19 partial roof collapses in the Loma de la Carolina and another 10 in the El Purial area.

In addition, it damaged 21 crop houses, a store, two laboratories and electrical and telephone interruptions in several communities, while “damaging some 70 hectares of mango destined for export, from the Ceballos Agro-industrial Enterprise.”

The greatest damage to mango is concentrated in the Marsella farm, “where 60% of the fruit fell, which is already being collected to process as much as possible in the industrial compound,” the ACN specified.

According to testimonies from residents of Loma de la Carolina, the storm “developed very quickly, with little time to protect oneself from the strong winds that lifted the roofs and from electric shocks.”

For his part, Oscar Benedico Rodríguez, director of the Ciego de Ávila Meteorological Center, acknowledged that “yesterday afternoon the atmospheric conditions were very favorable for the occurrence of this type of storm in the central area of ​​the province,” but he pointed out that “it is still necessary to determine on the ground whether the winds were linear or associated with a tornado.”

Meanwhile, a second severe local storm was recorded between 5:20 and 6:00 p.m. this Monday in the town of Vertientes, in the province of Camagüey.

The phenomenon had winds estimated at 92 kilometers per hour, which were accompanied by small-size hail and heavy rain, the Camagüey Meteorological Center reported.

This caused the fall of trees and power lines, as well as damage to home roofs and walls, according to press reports and posts on social networks.

Posted by Luis Enrique Perdomo Silva on Monday, May 18, 2020

Preliminary reports refer to damage to six homes and the interruption of electricity service, mainly in the Panamá People’s Council and some areas in the center of the town of Vertientes, the ACN pointed out.

However, the provincial authorities were working on a complete assessment of the damages.

Specialists from the provincial Meteorological Center explained that the storm “was linked to a surface trough through the Gulf of Mexico, and to the favorable conditions of the upper troposphere, which encouraged convective processes in the afternoon hours.”

In recent weeks, several local storms and tornadoes have caused material damage in different areas of Cuba. Among the affected towns are Las Mangas and Guanajay, in Artemisa; Florida, in Camagüey; and Maisí, in Guantánamo.