Doubts have arisen over the past few days about the accuracy of the coronavirus numbers in Florida. A public health employee has been fired for refusing to hide the pandemic’s reality. 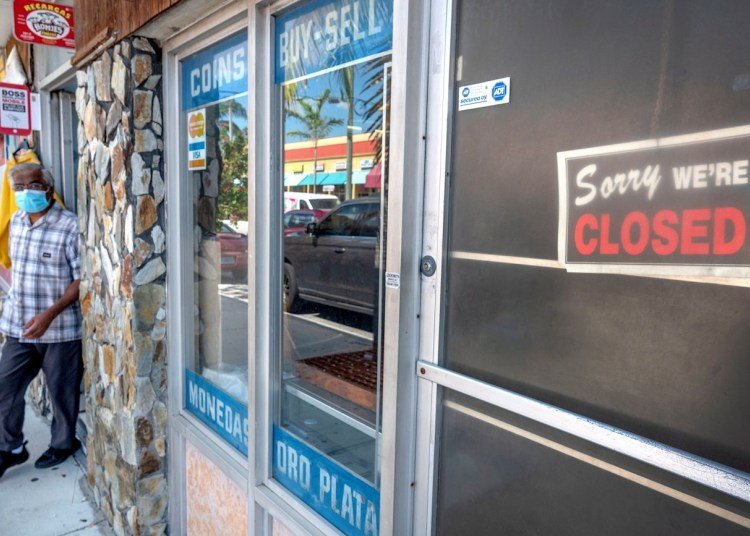 Nicolás Castañeda is a Bolivian engineer who has lived in Miami for 22 years and has two obsessions: eating well―as he says, “a la haute cuisine”―and going to the barbershop every two weeks, that is, every fourteen days. For the past sixty days he suffered somewhat with restaurants and barber shops closed due to COVID-19.

This Monday he was a happy man. “I can finally get out of the house. I have gone to cut my hair and have lunch as God intended,” he says as he gets ready to order what he is going to eat at a Peruvian restaurant in Kendall, south of Miami.

The restaurant usually seats about 100 diners, but Miami-Dade County orders limit the space to just fifty people in order to maintain a safe distance between customers.

However, Castañeda’s case is still not very common. Between Monday and Tuesday people have not come en masse, they seem to display caution in anticipation of what will happen in the coming days and weeks. “Today we haven’t had any regular customers. A few who have come, more out of curiosity than habit. I think people are going to wait a few days to see how the infection figures behave. I get the idea that also with the loss of jobs and wages, they’re not going to start spending money so quickly,” Carlos Alfonso, the administrator of the Peruvian restaurant where Castañeda and OnCuba had lunch, explained this Monday.

When on Friday the county mayor, Carlos Giménez, decided to partially lift the restrictions due to the pandemic, he opened the doors to several nonessential services such as restaurants, hairdressers and barber shops, clothing stores, shoe stores, golf courses, several parks and shopping malls ; but he kept closed cinemas, theaters, public swimming pools―an unpopular measure with more than 30 degrees Celsius in the atmosphere―and some churches, which continue to spread the faith over the Internet. He announced a normality plan based on a color chart.

Miami Dade County is now in the color orange, which like traffic lights allows for certain liberties but amid restrictions. “The use of the mask and social distancing [of a meter and a half] is still mandatory. Although we have improved the situation, there is still some danger, the possibility of a rebound,” he said.

This Tuesday, the county had registered 15,942 cases of coronavirus and 578 deaths, figures that indicate a substantial decrease in the impact of the pandemic. In the state of Florida, there are 46,944 cases and 2,052 deaths, a decrease in the speed of transmission of the disease.

However, in recent days several doubts have arisen about the veracity of the official figures. In an environment normally permeated by public corruption, versions have emerged saying that, under pressure from businesspeople and business owners, the mayor’s politicians have yielded to pressure to open, perhaps prematurely, commercial activity.

It all started on May 5, when the Florida Department of Public Health fired a scientist knowledgeable about the evolution of the pandemic, Rebekah Jones, who has created a website about COVID-19 in Florida. She claims that she was fired because she refused to falsify the number of sick and dead.

In an email released by the daily USAToday, Jones said she created two applications in two languages, English and Spanish, four number plates, six maps with 32 variables that cover half a million figures and data on the evolution of the coronavirus in Florida and in real time.

“I worked alone on it, 16 hours a day for two months, they did not compensate me and now this [the dismissal] happens to me. Maybe they will never pay me,” Jones said in the email. According to West Palm Beach television channel CBS, she added that she was fired because she was ordered to “censor some data,” but she refused to alter it to support the state’s reopening of economic activities.

This Monday OnCuba contacted the state’s Department of Public Health. No one was available to comment on the complaint. At the Miami Dade County press office, nobody wanted to discuss the matter on Tuesday.