The Victory I arrives in Havana 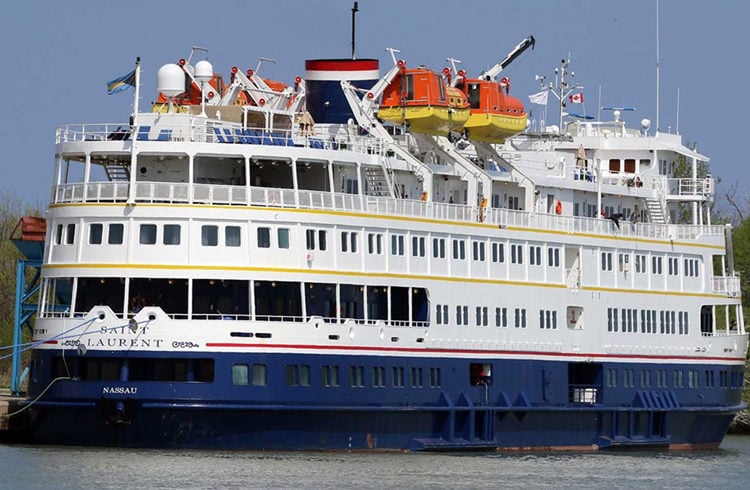 The Victory I, of the U.S. Victory Cruise Lines (VCL), last Wednesday made its first stopover in Havana after a tour of several Cuban cities on its maiden voyage to the island.

VCL is the fifth U.S. shipping company operating in Cuba, after this type of journeys were reinitiated in 2016. Before docking in Havana the Victory I visited the ports of Santiago de Cuba, Trinidad and Cienfuegos as part of a 10-day programmed tour.

The company’s president, Bruce Nierenberg, affirmed that since the creation of VCL in late 2015 there existed the intention of including Cuba among its destinations due to its vicinity to the United States and the ships’ characteristics, which allow for making trips along the coasts.

Nierenberg explained that it is a traveling variant that makes it possible to better appreciate the island since by visiting several cities the passengers can get to know more in depth Cuban culture, history and foods. In addition, he affirmed that the greatest benefit of this type of journeys is received by the communities where the cruise ships dock.

The president of VCL said that his company supports the rapprochement between Cuba and the United States, two countries that should be close, according to him.

He added that they want to constructively participate; if the politicisms follow this, it’s OK, but he said that there are millions of persons from both sides who want to get to know each other better and that they are going to do whatever is possible to join the two people.

The Victory I will remain in the port of Havana until this Saturday, when it will return to Miami. It plans on returning to Cuba in late October and will repeat the journey next November and later in January 2019.

At present, 17 cruise companies operate in Cuba with 25 ships, among them the also U.S. Carnival Cruise Line, Royal Caribbean Cruise, Norwegian Cruise and Pearl Seas. A 28.6 percent growth was reported in the first quarter of 2018, according to the island’s Ministry of Tourism.

The first U.S. cruise ship to travel to Cuba in more than 50 years was Carnival’s Adonia on May 1, 2016, after getting the permit to operate on the island as part of the process of normalization of bilateral relations initiated by the governments of Barack Obama and Raúl Castro.

According to a study by the U.S.-Cuba Trade and Economic Council, the cruise lines will accumulate more than 761 million dollars in net incomes between 2017 and 2019, transporting more than 570,000 passengers, despite the obstacles imposed by the current Donald Trump administration to Americans’ travel to the island.

In 2017 the number of U.S. travelers in Cuba amounted up to 619,777, almost triple the figure registered a year before, ranking the island among the markets with the greatest growth. However, in the first quarter the numbers dropped to only 56 percent in relation to the same period last year.