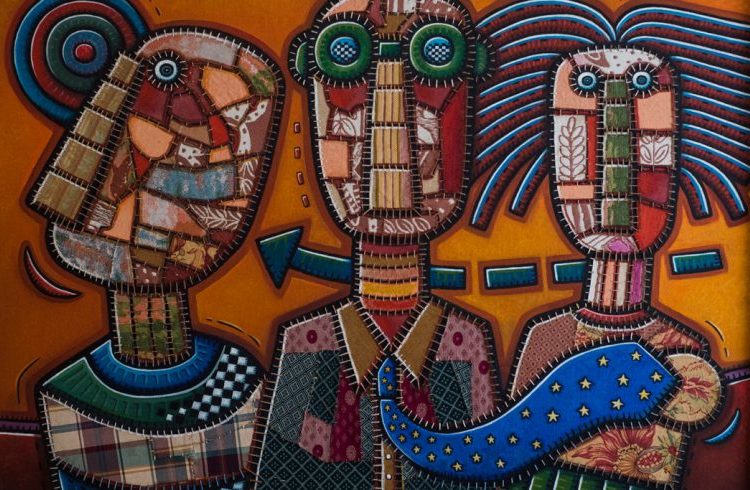 Maestro Alfredo Sosabravo (October 25, 1930, Sagua la Grande, Las Villas) is almost 90, an anniversary he will be celebrating in two years with a retrospective exhibition in the Havana Museum of Fine Arts. But before this, this man of fluid speech and a lucid mind has many plans and, to achieve them, he is working – with the spirit of a high-performance athlete – more than eight hours a day in his studio workshop, located in the district of Miramar.

Right now, Sosabravo – together with his inseparable, also ceramist and close collaborator for more than 40 years, René Palenzuela – is buried in the production of the pictorial work he will take, for the third time, to the Italian city of Rome.

For this creator – 1997 National Prize for Visual Arts – the second semester of 2018 will be of intense and feverish activity because he will visit, as part of his work, several Italian cities: Verona, to “make some bronze pieces”; Murano, “some glasswork” and Albissola Marina – between Genoa and Savona – to “work on ceramics.” And everything, he said in an exclusive conversation with OnCuba, “with the desire, enthusiasm, curiosity and surprise of the first time.”

Outside the Cuban borders, Alfredo Sosabravo is a renowned artist because of the very high quality of his proposal and because, among other things, he is always self-revolutionizing himself, despite continuing the line that identifies him. Another factor to take into account is that he has continued, for more than 60 years, experimenting on different techniques and supports, which guarantee the constant renovation of his work. Sosabravo has undoubtedly marked guidelines and has left his imprint on Cuban contemporary art.

With the sunny smile that characterizes him, he explains without the slightest vanity: “I sincerely don’t need to promote myself to sell, but I recognize that it is very important to mark one’s presence in order to be taken into account; the publicity generated by being in the international circuits is strategic, and that’s why I have exhibits outside Cuba.”

In his studio workshop – surrounded by an almost forest/garden that he tends to with great care and in which bees and hummingbirds come to suck -, Sosabravo frequently receives collectors fundamentally from Spain, Italy and Mexico: “not so much from the United States, because for more than two decades I have been collaborating and marketing with the Cernuda Art Gallery, based in Coral Gables, Miami, and it’s going very well for me.”

Sosabravo affirmed with absolute frankness that he has never had obstacles in Cuba to sell: “no one has come to tell me what I can or cannot do, what I have to or can’t paint, and how to do it. In that sense I feel I am a very free artist and human being and that fills me with satisfaction.”

Speaking of his beginnings – around the already faraway 1950 – he remembers his first oil painting (“Homenaje a Lam”), and starting then he remained faithful to painting for some 10 years. “In 1960 Acosta León told me that the Museum of Fine Arts had made a call for the First Engraving Salon with themes of the Revolution. He said to me, ‘let’s send a work!’ I answered: ‘you’ll send it because I don’t know how an engraving is made!’ He patiently explained how the xylography is made, the simplest way. I sent a work, while he did nothing of the sort.”

Sosabravo’s piece won the Acquisition Prize at the Salon. Thus he went from being an unknown artist to being “at the same level of master artists like Carmelo González, Lesbia Vent Dumois and Armando Posse,” all of them star engravers at the time.

And he started a feverish career of engraver on wood, to the point that Acosta León used to tell him that he “looked like a termite.” His dedication to the specialty was such that when in 1962 the first Art Instructors School, based in the Comodoro Hotel, was founded, Armando Posse asked him to be a professor. For three years he gave drawing and engraving lessons and, later, he went on to work in a ceramics workshop to paint on the supports made by potters. But, restless as he was and is, Sosabravo started modeling clay and initiated himself in ceramics, a specialty he carried out until the early 1990s when, due to the economic crisis the island was going through and the subsequent shortage of materials, he again took up painting, until now.

This man, an insatiable reader of good literature, a film and classical music lover, considers of great importance the hand-painted works. And, although he recognizes that with the technological advances “new ways to express oneself have appeared,” the act of creating with one’s own hands is for him “the greatest enjoyment.”

Author of emblematic ceramic works like “El carro the Revolución” (The Revolution’s Bandwagon) – located in the Habana Libre Hotel – or the mural “America” (made with more than 1,000 tiles and, finally, established in 1992 in the Casa Carmen Montilla of the Office of the City of Havana Historian) – this restless maestro has found the perfect balance: in Cuba, “source of inspiration,” he paints on the canvas his imagination full of colorful birds and characters, and in Europe he makes ceramic, bronze, glass pieces and more recently he has been making incursions into volcanic stone thanks to a proposal that came from Positano Amalfi, to the south of Naples.

Those volcanic stones turned into discs, the spectacular sculptures made in Murano glass assembled with bronze, in addition to a tight selection of the best of his engravings and paintings, will be the gift that maestro Alfredo Sosabravo will give us in 2020, a year when the Havana Museum of Fine Arts will inaugurate an exhibition that will revere and applaud his nine decades of dedication and love for Cuban culture.