After months of silence, Cuba is now a “top priority” for the United States, a State Department official said. 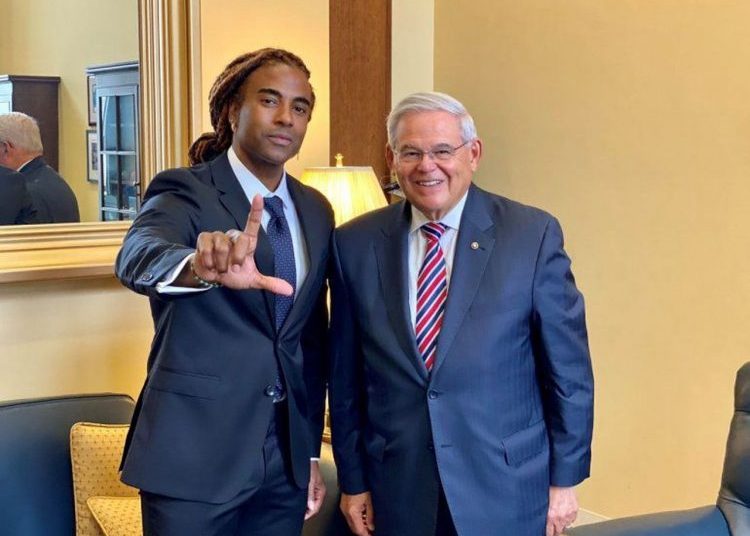 President Biden’s much-announced meeting with members of the Cuban-American community lasted just over an hour, ended without major novelties, beyond another round of sanctions against Cuban officials and little was leaked of its content.

This Friday’s meeting, to listen to the democratic and liberal trend, after two meetings in recent weeks with more conservative members, was also dedicated to listening to policy proposals towards Cuba after the violent riots of July 11 and the following days on the island.

But it was also an opportunity for Biden to explain the status of the plans to reformulate the sending of remittances by Cuban Americans and the efforts to take the Internet signal to the island outside of the control of the Cuban government.

A source with access to the content of the meeting told OnCuba that the president did not make any new announcements, but instead insisted once again that his policy towards Havana is under review and that “in some aspects we must possibly resort to some technologies to be developed.”

During his electoral campaign Biden promised that he would end the 234 measures with which his predecessor, Donald Trump, who dismantled the bilateral thaw policy of Barack Obama, of which the current president was vice president, but since he arrived at the White House in January, a renewal towards Cuba did not seem to be on the agenda, given that the administration has so far occupied its time with domestic politics.

But the scene has changed from one day to the next and the trigger was the violent events of July 11, when thousands of Cubans took to the streets to protest the lack of food and civil liberties.

The unrest has given a new sense of urgency to Biden’s broad overhaul of the Cuba policy. Until now he has been dealing with the economic recovery and the coronavirus pandemic at home and challenges like China, Russia and Iran abroad. However, the policy has gone in the opposite direction to what was promised during the electoral campaign and to the one that the current president assumed during his vice presidency in the Obama administration.

As a State Department official told Reuters this Friday, Cuba is now a “top priority” for the United States.

The president said at the meeting that he will try to maximize remittances and he also reaffirmed his commitment to increase the number of diplomats in the embassy, ​​although the number has not been defined, the source cited above told OnCuba.

This could lead to the reopening of some consular activities such as attention to the population and the reactivation of the family reunification program, paralyzed since 2017.

The meeting was expected to be more widely publicized. But the White House only allowed about two minutes of statements from the president, where the most relevant thing was that the Cuban government should wait for more sanctions “unless there is some drastic change which it did not anticipate.”

Biden emphasized that Cuba’s repression of the protests was “intolerable” and added that there may be more sanctions against Cuban police forces.

But even so, the broadcast of Biden’s message was limited. The White House did not install a live video feed for the event and did not immediately provide reporters with a list of the Cuban Americans who participated.

As it was learned from leaks and images, the meeting was attended by, among others, the Cuban singer Yotuel Romero, who came from Spain, the former mayor of Miami and president of the Democratic party in Florida, Manny Díaz, the Democratic senator Bob Menéndez, Ana Sofía Peláez, founder of the Miami Freedom Project, and Felice Gorodo, Raíces de Esperanza activist and Biden’s collaborator in the campaign.

After the meeting, Menéndez issued a statement. “This was a powerful, productive and historic moment for the Cuban people and the greater Cuban American community as we work towards a free and democratic Cuba, in a meaningful conversation about his Administration’s efforts to advance democratic change and hold the communist Cuban regime accountable for the brutality it has perpetrated against its own people,” he said.

“As we discussed at today’s meeting, the Díaz Canel regime’s continued censorship, jailing, and disappearances of the Cuban people have been instrumental in demonstrating to the world that it is the regime – and not the United States – that is acting in bad faith, and it is the regime – through its campaign of violence – that has helped galvanize the growing international condemnation of repression on the island,” he added.