By virtue of resolution 180/2021 of the MINCEX, the representative office of Fuego Enterprises Inc., owned by Cuban-American businessman Hugo Cancio, has been the first of its kind authorized on the island. 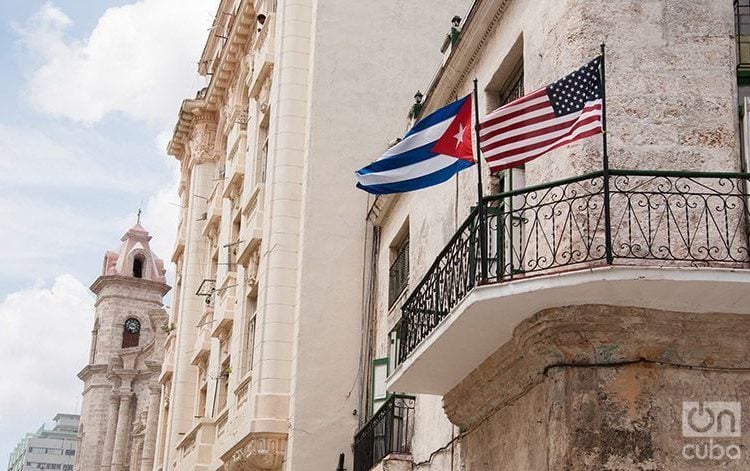 The Cuban Ministry of Foreign Trade and Foreign Investment (MINCEX) authorized the registration and granted the corresponding license to the U.S. company Fuego Enterprises Inc., in the National Registry of Foreign Commercial Representations, attached to the Chamber of Commerce of the island.

The decision, published this week in the Gaceta Oficial, has as a novelty that it is the first authorization of this nature given to a company owned by a Cuban-American, in this case, the businessman Hugo Cancio, president and CEO of Fuego Enterprises Inc. and founder of OnCuba.

By virtue of resolution 180/2021 of the MINCEX, the representative office of Fuego Enterprises Inc. is authorized on the island for the “commercialization of agri-food, artisanal and consumer goods,” while the regulation itself clarifies that the branch will not be able to “commercially import and export directly,” or “distribute and transport merchandise in Cuban territory,” or “carry out general wholesale and retail trade of products and services, except for after-sales and warranty services, expressly agreed upon in the contracts that cover international trade operations,” which it will have to do through its home office in the United States.

The regulations that regulate the establishment of Foreign Trade Representations in Cuba were recently updated and published on June 7 in the Gaceta Oficial No. 63 Ordinaria and, as established therein, entered into force 30 days after their publication, that is, on July 7. Until then, in accordance with the previous provisions, representations of companies owned by Cuban-American businesspeople could not register, as legal sources from Fuego Enterprises Inc. explained to OnCuba.

According to these sources, about a year ago the company had applied for the registration of its representative office in the Chamber of Commerce of Cuba, and had presented the necessary documentation for it, but the authorization was denied because the regulations, then in force, did not allow Cuban Americans to have branches of their foreign companies on the island.

However, with the approval of the new provisions, which do not contain any prohibition or limitation in this regard, Fuego Enterprises Inc.’s application was again admitted and finally authorized by MINCEX to register its branch in the National Registry of Foreign Commercial Representations. For this, it had to present the usual documentation, the company sources specified.

“Fuego complied with all the requirements demanded by Cuban law to present its application, and the company already has its authorized representative office registered with the Chamber of Commerce,” the sources said, adding that this does not entail any violation of U.S. laws or the provisions that regulate the embargo/blockade of the island.

In this regard, Hugo Cancio declared for this note that “the interest of our company and all the projects presented by us are in accordance with the current OFAC regulations and the policy towards Cuba of promoting and supporting all non-state forms of management for the benefit of the Cuban people. The projects range from investments in food production chains (in the private and cooperative sector) to the import of food, agricultural technology and raw materials.” He also affirmed that the new provisions are a concrete step in the will announced by the Cuban authorities to open up new opportunities in the country for Cubans residing abroad and, in particular, for the Cuban community in the United States. “With a lot of work we have paved the way and I hope that soon Cuban-American businesspeople will be able to follow in our footsteps so that the Cuban community residing abroad can really participate in the economic development of Cuba. The opening of the Cuban economy and the possibility of participating in it for Cubans who do not live on the island, must be translated into concrete actions. I am very happy that a new door has been opened, a new way forward.”