After the U.S. president’s speech to the UN General Assembly, Cuban Foreign Minister Bruno Rodríguez said that Biden “lacks moral authority” to promote initiatives in favor of peace, and criticized him for “dividing the world between those who submit to him and those who defend with dignity their sovereign right to self-determination.” 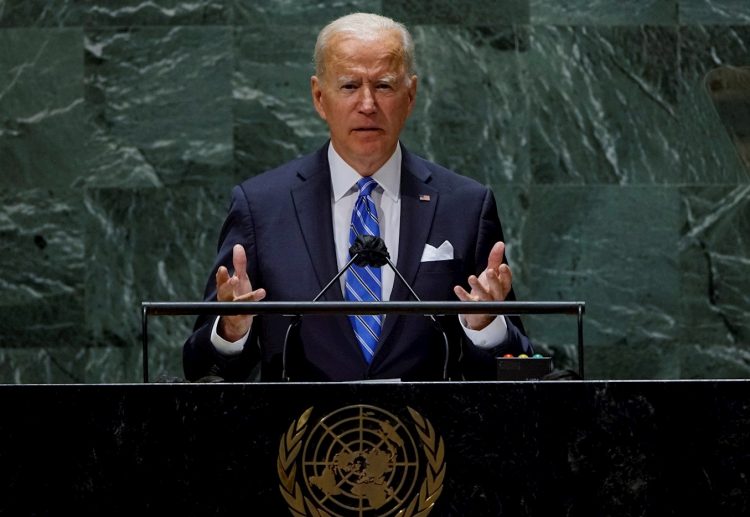 U.S. President Joe Biden during his speech to the UN General Assembly, at the organization’s headquarters in New York, on September 21, 2021. Photo: Eduardo Muñoz/Pool/EFE.

U.S. President Joe Biden said this Tuesday that he supports the protesters and activists who, in his opinion, keep democracy “alive” in countries like Cuba and Venezuela, in his first speech before the UN General Assembly.

His words provoked a quick reaction from the Cuban government, on whose behalf Foreign Minister Bruno Rodríguez said that the U.S. president “lacks moral authority” to promote initiatives in favor of peace, and criticized him for “dividing the world between those who submit to him and those who defend with dignity their sovereign right to self-determination.”

“The authoritarianism of the world may seek to proclaim the end of the age of democracy. The truth is: the democratic world is everywhere,” said Biden at the UN, quoted by the Spanish agency EFE.

“It lives in the anti-corruption activists, the human rights defenders, the journalists, the peace protestors on the frontlines of this struggle in Belarus, Burma, Syria, Cuba, Venezuela, and everywhere in between,” he added.

That was, according to EFE, Biden’s only reference to Latin America and the Caribbean during his first speech to the UN, beyond an allusion to the work of his government with the Organization of American States (OAS) to improve health and economic opportunities on the continent.

The Democratic president delivered his speech on the first day of annual debates of the UN General Assembly, which has brought together around a hundred international leaders in New York despite the pandemic, with an agenda marked by COVID-19, the climate crisis and the situation in Afghanistan.

Biden also referred to these issues, as well as others of international events and, in particular, those that are directly related to his country. However, according to the international media, his speech was largely a plea in favor of democracy, which he described as “the best tool” there is to “unleash our full human potential.”

“The future will belong to those who embrace human dignity, not trample it,” said the president, who despite his allegation against those who “seek to suffocate their people with an iron hand,” assured that he is not interested in a “new Cold War” with authoritarian countries like China, nor in “a world divided into rigid blocs.”

Biden’s speech was replicated by the Cuban foreign minister on his Twitter account. In a series of tweets in Spanish and English, Bruno Rodríguez affirmed that the U.S. president “lacks the moral authority to promote any initiative in the UN that mobilizes a genuine effort by the international community in favor of peace, human dignity and development.”

The Cuban foreign minister stated that Washington “makes a serious mistake, with consequences for all, in its effort to divide the world between those who submit to it and those who defend with dignity their sovereign right to self-determination,” and that “the disguised application of the wrong and dangerous foreign policy of (Donald) Trump” by the current U.S. government commits him “with the same responsibility for the damage to international peace and stability, and its grave consequences.”

In the opinion of the Cuban foreign minister, “Biden knows well that the greatest threat to the United States, in its ‘backyard,’ is that of the political polarization and extremism that is spreading within its own territory. And that, for the region, represents the imperialist Monroe Doctrine.”

Finally, Rodríguez reiterated that “the Trump administration identified COVID 19 as an ally in its ruthless blockade against Cuba and added 60 new sanctions during the pandemic” and said he was amazed that Biden, “who continues its application, alleges concern about the impact of COVID 19 for all the peoples.”

After the rapprochement promoted between the two governments in the second term of Barack Obama — during which Biden was vice president — bilateral relations notably receded with the arrival of Donald Trump to the White House.

The election of the current president was expected to change the course imposed by the Republican administration, but so far the measures against the island have been maintained, remittances, travel and consular procedures suspended by Trump have not been resumed, and new sanctions have been imposed after last July’s anti-government protests, which Biden now made a quick reference to at the UN.