The Republican Convention did not have big names from the Cuban community, but a discourse from many years ago. 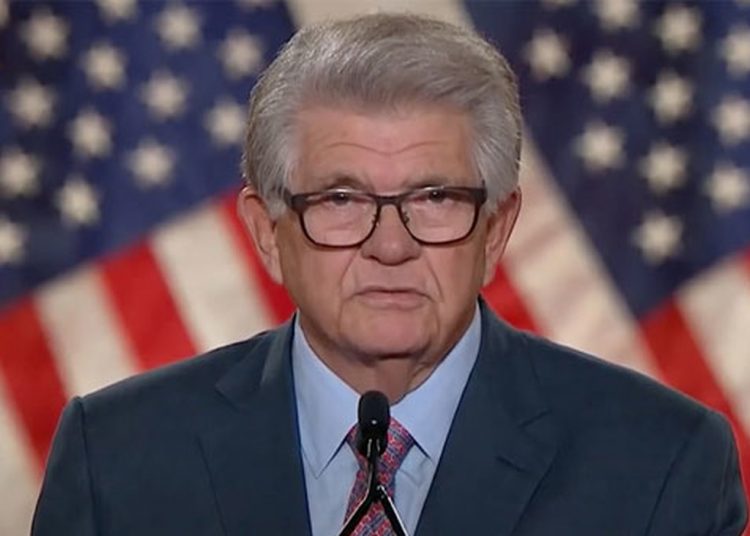 Two decades ago, when the price of gasoline in the United States soared and surpassed the barrier of two dollars a gallon, there was speculation on how much more it would increase. The media was filled with specialists with all kinds of ideas. Some were right, as it would be seen later; others, absolute nonsense.

One of the faces that became popular in those days on the small screen was that of Máximo Álvarez, owner of a fuel distribution company, a respected businessman of Cuban origin and with a fortune estimated at 80 million dollars.

His explanations stood out for being accurate and professional, and for demonstrating that he had complete knowledge of the problem. But he never stood out publicly as a political figure.

However, this week it came as a surprise when he was one of the speakers at the Republican Convention, fighting tooth and nail for President Donald Trump’s re-election. One of his most prominent phrases was: “Beyond defining ourselves by a political party, we must think that we are Americans and choose to defend the country.” Although it may seem like a call for unity―which the president never did―Álvarez finished off his thought by accusing the Democratic candidate, former Vice President Joe Biden, of being in politics to get rich.

Álvarez was one of the children of the Peter Pan operation. He came to Miami alone at the age of 12 in 1961 and had to wait four years before he could be reunited with his parents. It is the common trajectory of a Cuban exile of his generation, for which he is grateful to and defends the United States as the country of great opportunities. What is surprising is that his arguments to defend the country that received him go through promoting the re-election of a president who denies all immigration that does not come from Europe and, therefore, doesn’t recognize for his people that “privilege.”

“Trump puts America before everything else. He is the only one who has stood up to the world, that was abusing the infinite goodness of this nation,” he said in an interview in Miami released this Saturday by a city media.

Owner of Sunshine Gasoline Distributors Inc., a gas station conglomerate that sells almost a dozen brands of fuels, he met the president during one of his visits to South Florida, in the late 1990s, when he was looking to buy and invest in properties in the area.

Although he has endorsed other local and national candidates, in 2016 he favored Trump and has since been connected to his political machine. In 2018, when Trump came to Miami to participate in a meeting of businessmen and discuss with them his plan to lower taxes on large companies and wealthy entrepreneurs, Álvarez appeared next to him in a Hialeah amphitheater. But nothing else.

Until Tuesday of this week, when he appeared at the Convention and painted an image of the Island with a poetic hue common to many anti-Castro activists.… “The Straits of Florida…is not just a 90-mile-wide blue strip on a map for me. It divides freedom from fear. It divides the past from the future,” he said.

“By the grace of God, I have lived the American dream—the greatest blessing I’ve ever had. My dad, who only had a sixth-grade education told me, ‘don’t lose this place. You’ll never be as lucky as me.’ I’m speaking to you today because my family is done leaving places. There is nowhere left to go.

“I’m speaking to you today because President Trump may not always care about being polite —-but all the far left cares about is power. Power for them— not for us,” he said.

The Republican Party always courted the Cuban-American vote. In fact, many Cuban-Americans call Donald Trump “my president” without taking into account that he has been the president who has done the most to keep separated Cubans from the two shores of the Straits, even more so than his Republican predecessors, without cutting off all communications with the island’s government.

Perhaps this may be the reason why the Cuban-American businessman has been the main speaker at the Convention. At least on screen, Trump has allies in the Cuban community with more public relevance than Máximo Álvarez: senators like Marco Rubio, congressmen like Mario Díaz-Balart, activists like Ninoska Pérez Castellón and Ramón Saúl Sánchez, businesswoman Remedios Díaz Oliver, Miami-Dade Mayor Carlos Giménez and a long list of Cuban opponents. But none of them went to the Convention and, unlike other years, they didn’t show up.

“The problem with Trump and the Cubans is that, more than the regime, his sanctions policy affects the Cuban family and in that it doesn’t matter if you are anti-Castro or not. We have reached a time when, with the Cuban crisis aggravated, even the right points to our having to open up. Affecting the [Cuban] military ends up harming the population more. Restricting travel, remittances and contacts is not popular. Many of us are not seeing in Trump the possibility of improving the lives of our people,” explained Abel Natalio Gómez, an activist with the Council for Cuba’s Freedom, a far-right organization based in Miami.

Added to this is the fact that the majority of the Cuban vote that arrived after 1994 favors more contacts with the island, although it advocates the embargo.

There’s another detail. Despite defending the Cuban regime, many Cuban-Americans who have lived under communism believe that the Democrats have nothing to do with that system, even though Florida Lieutenant Governor Jeanette Núñez―also of Cuban origin, but born in the United States―appeared at the Convention to say that Joe Biden is a kind of Fidel Castro.

Trump has long had problems with Cuban-Americans. That partly explains why politicians like Marco Rubio don’t show up in South Florida to advocate for the president. Neither the president nor Vice President Pence have bothered to cultivate that electorate that defends them, but does not feel heard. The previous Friday, at the start of the Republican Convention, they were waiting for him in Miami for a campaign event. But at dawn, the White House issued a statement: “The vice president has no public activities today.” It was a bucket of cold water that fell on a few heads.

All this atmosphere, and especially the accusation that Biden is a kind of Fidel Castro, shows two things: that the former Cuban president is still, after his death, an obsession of the anti-communism of the old guard, and that this bothers the U.S. right. FOX commentator Juan Williams made it clear: “[T]o my ears, hearing a speaker at a major party convention compare Joe Biden to a communist dictator, I thought that was pretty disgusting. I just thought that was so wild. And again, we know Joe Biden. He’s been around. He is a pro-American, moderate politician. So why would anybody think oh, that’s cute, or unless it’s just name-calling?” Williams said.

The Cuban vote is not what it was, because of the law of life, generational change, Republican disinterest or a new philosophy that rejects Hispanic immigration. The sad thing is that Cuban-Americans have been very loyal to the Republicans, but then Donald Trump arrived and said stop.

Living in Cuba in times of pandemic (I)