The authorities clarified that agricultural markets, fish shops and stores that sell products in freely convertible currency are not included in the established territorial limitation. 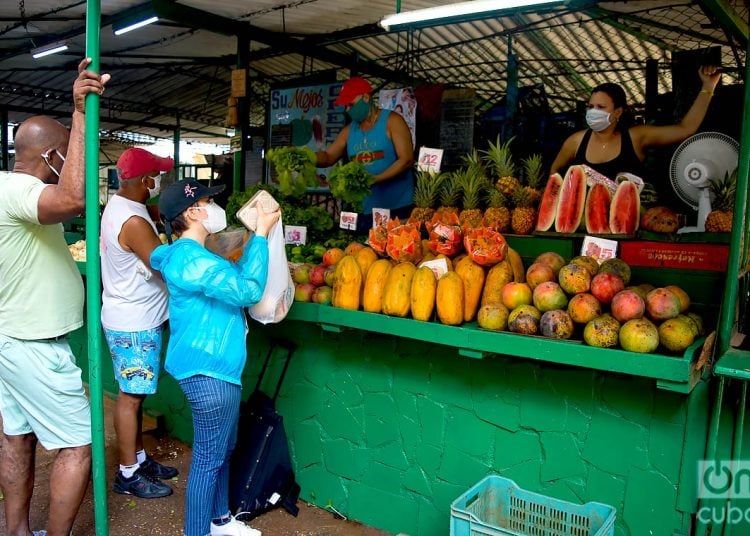 The government of Havana proposed the creation of a card that works as a temporary authorization so that the new movement limitation measures don’t affect people whose identity documents reflect an address other than the place where they currently reside.

The most controversial of the new restrictions, established to stop the wave of COVID-19 contagions in the Cuban capital, prohibits people from making purchases in establishments outside their municipality of residence.

The authorization document will include the name and surname of the beneficiary, the identity card number and the current municipality of residence, explained the vice president of the Administration Council, Luis Carlos Góngora, during a meeting of the Provincial Defense Council held yesterday.

The process to deliver the card will be organized in each municipality, reported the Agencia Cubana de Noticias news agency, which does not specify the date when the process will begin.

The Havana authorities clarified that agricultural markets, fish shops and stores that sell products in freely convertible currency are not included in the established territorial limitation.

To reduce the mobility associated with the purchase of high-demand products in CUC in stores of the CIMEX, Caribe and Caracol chains, these purchases are restricted only to the municipality of residence of the people, Cubadebate reported.

The governor of the province, Reinaldo García, said that 139 new points of sale will be enabled in the neighborhoods in order to reduce the inequality between the Havana municipalities in terms of the number of establishments that sell goods in CUC.

García insisted on “reporting every day the number of infractions detected so that people understand that they are serious decisions, that they must be respected, and that they will be enforced.”

On the other hand, at the meeting it was specified that residents in Pinar del Río, Artemisa and Mayabeque who have reservations in tourist facilities in other provinces, will be able to travel through Havana, but they will not be able to get off the vehicles or go off the established route for that.