Trump proposes against Cuba an action not described yet, but of criminal appearance. 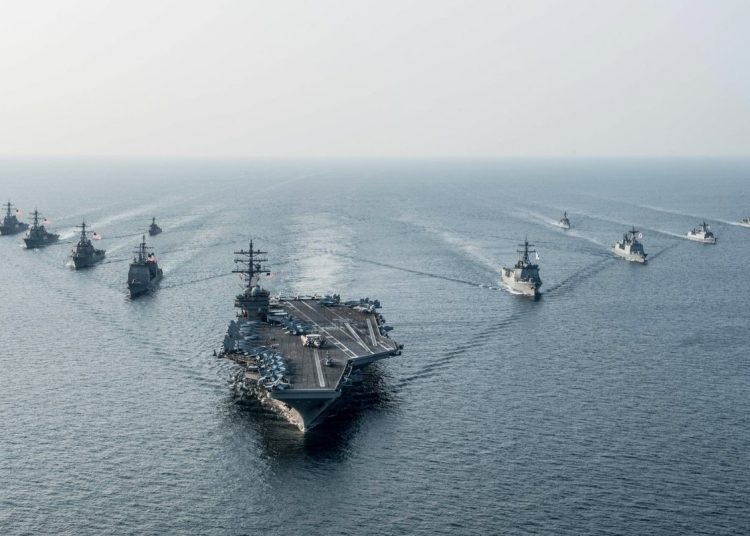 President Donald Trump has just threatened Cuba with a “full embargo.” What will be a full blockade?

In recent times, the closest thing to a full blockade was the closing of land, rail, and river traffic decreed by the Soviet Union in 1948 to isolate West Berlin.

The operation, one of the great and unfortunate events of the Cold War, was counteracted by an airlift by the U.S. military air force and other countries. The campaign, which lasted 11 months, included 200,000 flights, through which 2,700,00 tons of cargoes were transferred. The Soviet Union did not intervene to prevent the intense air traffic and, on May 12, 1949, the siege was lifted.

Another action of this type was carried out during the 1962 Missile Crisis, when the U.S. Navy deployed its ships in international waters off Cuba to prevent the passage of Soviet ships with nuclear material. Then the idea was less cruel, because ships were inspected on high sea, and if they didn’t transport banned elements, they were allowed to pass.

Now Trump, apparently badly advised by John Bolton, proposes an action not described yet, but of criminal appearance. In the case of an island, it could consist of the deployment of naval units along Cuba’s 4,746 kilometers of coasts, or more simply, in front of its ports. In terms of airplanes, perhaps the United States dreams of imposing a no-fly zone.

The U.S. naval forces are made up by almost half a million troops, more than 500 ships, among them 11 aircraft carriers, all of nuclear propulsion, 72 submarines, 62 destroyers, 22 cruisers, 10 frigates and other types of ships, supported by 3,700 aircraft. Although it isn’t needed, in a symbolic way, the aggressor could involve NATO and add some stuff from its Latin American allies.

If necessary, at least part of its air force, also the largest in the world, would be combat ready. It is about 6,000 aircraft, more than 2,000 cruise missiles and 450 intercontinental missiles.

Except Russia because of its nuclear potential, no other country on earth or all together can equal the military power of the United States, among other things because it includes an arsenal of almost 7,000 nuclear warheads, more than 30 for each country in the world, which would be moved by thousands of aircraft based around the world and 500 missiles, some of them with ranges of up to 13,000 kilometers.

Given this asymmetry, almost 30 years ago Cuba became aware of the inability to establish a material correlation of forces, for which it designed and developed a military doctrine called War of All the People, based on concepts of territorial struggle and popular war widespread in the interior of the country.

This approach, which involves the entire population, ensures that every Cuban willing to fight has a place, a means, and a way to do it. The idea is to turn the country into a beehive, and make it unconquerable. The United States could occupy Cuba, but subjugating it is something else.

A U.S. president recently declared that the economic embargo designed to isolate and surrender Cuba had failed and had isolated the United States. The alternative chosen by Barack Obama was not more blockade, but less and better understanding. That way, he believed, the United States earned more than it lost. I wish I was heard. See you there.

* This article was originally published by the Mexican newspaper ¡Por esto! It is published with the authorization of its author.