New CAT scans fail to clarify what could have happened to them, although they show that "something happened." 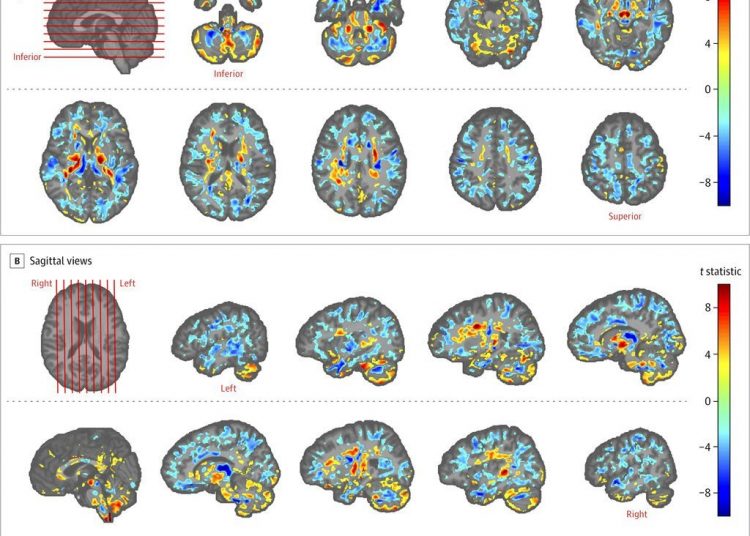 State-of-the-art brain scans performed on U.S. diplomats who became ill after working in Cuba show baffling differences in the victims, who claim they developed symptoms similar to those of a concussion, a finding that increases the mystery of what could have happened to them, says a recent study.

The brains of the diplomats have less white matter than those of a group of healthy people used as a reference, experts say. They also detected other structural differences.

Although experts anticipated alterations in the cerebellum (in the inferior part of the brain) due to the symptoms reported by diplomats―problems of balance, insomnia, difficulty concentrating and migraines―they found common patterns in the tissues that link a region of the brain to another.

Ragini Verma, an expert in brain tomography at the University of Pennsylvania and the lead author of the study, said the conditions she saw are different from any other she has seen in atrophied or injured brains.

Dr. Randel Swanson, co-author of the article, said that “there is no doubt that something happened” but that the CAT scans failed to clarify it.

An expert not related to the study, University of Edinburgh neurologist Jon Stone, said that the scans do not confirm damage to the brain or show that the discrepancies between the brains are due to the incidents the diplomats experienced in Cuba.

Cuba has denied that it was an attack, but the episode has strained relations with the United States.

The results were published this Tuesday in the Journal of the American Medical Association. An editorial that accompanies the article says that the study could help understand the reported symptoms, but the reasons for the differences between the brains are not clear.

A State Department press release said that it is aware of the study and was grateful for any discussion of the medical community on this complex issue, adding that the Department’s top priority remains the safety and welfare of its staff.

Between late 2016 and May 2018, several U.S. and Canadian diplomats in Havana complained about health problems of unknown causes. An official U.S. estimate placed the number of affected U.S. people at 26.

Some reported hearing high-frequency sounds like crickets even when they were in their homes or hotel rooms, which led to suspicions that it was a sonic attack.

The Associated Press investigated and found that a preliminary FBI report found no evidence that the damage was caused by sound waves.

Dozens of U.S. diplomats, family members and other employees asked to be tested. The new study covers 40 of them who were examined at the University of Pennsylvania.

The most advanced CAT scans, with magnetic resonance imaging, found discrepancies in the brains of diplomats compared to the brains of 48 similar healthy people, both in age and ethnicity.

Russia closes ranks with Cuba and Venezuela against U.S. "impositions"