From an early age, American men perceived an exotic beauty in Cuban women; unique for being different; protruding by her forms and aggressive by being uninhibited, an image fixed in a thousand ways in the popular imagination. 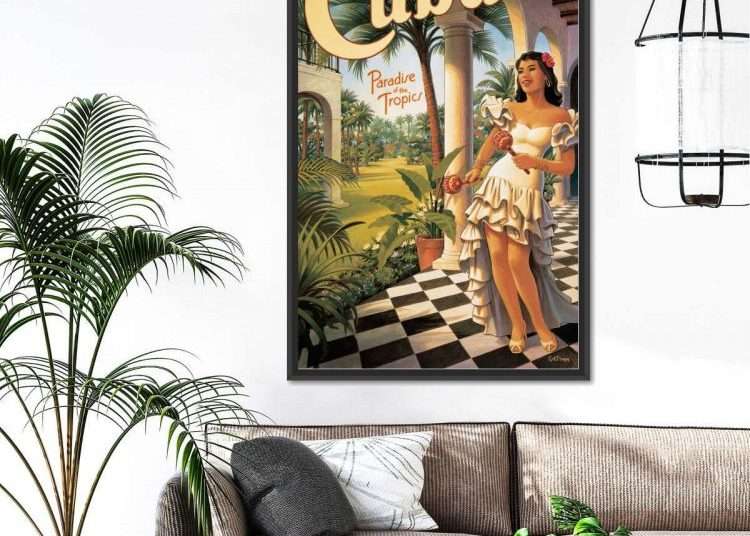 The attraction to Cuban women is an old fact in American culture. This fact is directly related to internal transformations: the reduction of the working day, the greater availability of free time, tourism and, of course, the changes in the morals and customs of those “roaring 20’s”, which produced a turnaround in the ways of living —from music to fashion—, and in the relations between the sexes. Although not reducible to Cuba, from then on the “beautiful señorita” was almost inevitably associated with a place where one could sin without hardly any consequences and where “the conscience took a vacation.”

From early on, American men perceived an exotic beauty in Cuban women; different because of what is different; protuberant because of her form and aggressive because of her uninhibitedness, a stereotyped image that was fixed in a thousand ways in the northern popular imagination. First in the songs of authors such as Irving Berlin, Xavier Cugat and Marion Sunshine, whose texts strongly associated Havana with “romance” —a term that, as Louis A. Pérez has emphasized in On Becoming Cuban, constitutes a euphemism to designate the sex with the other’s wife—and then at the movies.

Cubans, on the other hand, have always had a very high awareness of their sexuality and eroticism, a consequence of an accumulated culture: the Creole was, also from very early on, a fairly secularized culture and, therefore, they did not act on an enlarged social scale. the inhibitory-repressive factors with which Catholic and Protestant cultures confront sexuality and even the body itself. The African presence, decisive in this as in other things, incorporated a component of active sensuality clearly perceptible in the forms of assuming the body by popular religions of African origin and in dances such as the rumba. 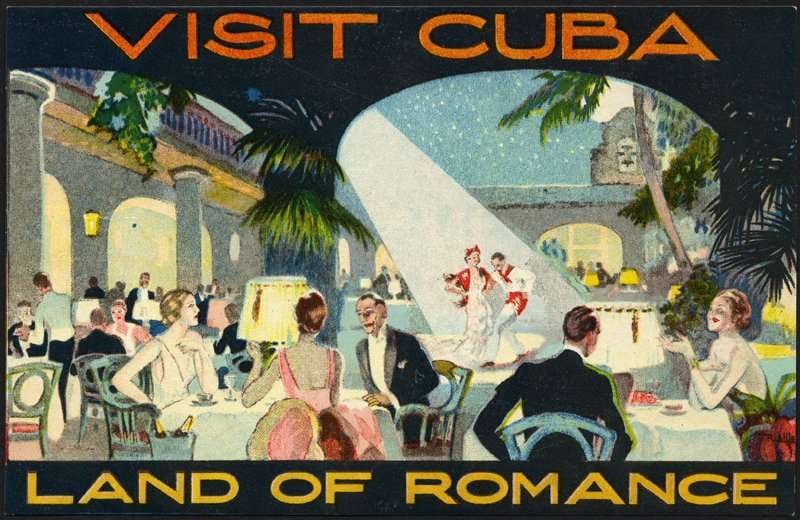 Cuban sexuality is different from that of other places. This has to do with both the scant roots of the Catholic religion and its antisexual moralism, as well as the fact that a large part of the population comes from Africa and its rites, which generally lack the concept of original sin. In them, sex is part of the daily life of gods and men and does not necessarily imply a transgression of morality. Add to the above that the port of Havana was from the beginning the concentration point of the Spanish fleets that communicated Europe with colonial America. While these fleets were organized, soldiers, sailors and passengers spent long periods in the city dedicated to leisure. Thus, since then, a hospitable tradition was born that survives until now in some segments of Havana society.

It could be added that the Spanish immigration of the Republican era — overwhelmingly masculine, young and from the lowest and poorest strata of the issuing society —, which for obvious reasons had black and mestizo women as preferential spouses, consorts or legal, did not favor either the reproduction of taboos in this sense. It is therefore logical that, starting from this cultural humus, for contemporary Cubans, the body is the body, and this has to be extolled and enjoyed because, after all, that is what it was created for.

The results of a survey by Bohemia magazine seem to reaffirm this: the majority of Cuban men defined themselves as “fiery,” “passionate” and “hot” in bed, claimed to have sex at least four times a week ― and there were even those who declared, perhaps Quevedo, to do it “every day”. 82% of those surveyed considered sensuality as a fundamental fact of the national culture. Women, on the other hand, preferentially used more spiritual categories such as “loving,” “tender” when it came to recognizing themselves in their sexual relationships.

However, one of the most popular US tourist guides states that the Cuban

is a sexually permissive society […]. A joyful eroticism invades both men and women, which transcends the prejudices of Europe and North America, essentially puritanical […] Seduction is a national pastime pursued by both sexes. […] Men and women slowly drop their eyes on strangers they find attractive. In a country where the pleasures of consumption are few and far between, casual sex has become a leisure activity among the youth.

Of course, it is exaggerated in that of the national pastime, which is not seduction but in any case the problems/urgencies of daily life in times of crisis and the Task of Reorganization. However, a vision is built here that, although based on real elements, ends up reproducing visions consistent with those historical lenses alluded to at the beginning. And, by the way, at least problematic messages are sent to straight readers. One of them considers Cuban women “hot-blooded,” that is, they like to be the object of desire, they are very aggressive and their sexuality is open, which in fact can be shocking for certain men raised in the atmosphere of Protestantism.

But the components of that vision of sexuality, focused through a clear WASP lens [white, Anglo-Saxon and Protestant], as has historically happened, suffer from the idea that on the Island women go to bed with anyone, which It constitutes a flagrant simplification and an insult that leaves the Cuban women of today quite badly off.

According to the stereotyped, biased and to a certain extent racist vision that is often proposed to us in the mass media, Cuban women are found on the beaches wearing extremely tight thongs, blowing kisses at tourists who are double or triple their age, and above all they are characterized by their great love for wallets “full of greenbacks”.

On the other hand, the messages for American women about Cuban men fall for the opposite, that is, for giving an image that suggests something similar to an outdated Spanish gentleman in globalized times. What is proposed many times about the men of the Island can be summarized, fundamentally, in the following:

At this point, one wonders to what extent these visions of the Cuban continue with the stereotype of the Latin Lover, built on the basis of a historical gallery of characters like Rodolfo Valentino, Ricardo Montalbán and Antonio Banderas. Of Mediterranean origins according to Gustavo Pérez-Firmat, this figure can be defined as a passionate, elemental, primary and even semi-barbarian lover. He largely responds to the puritanical “brands” predominant in the mainstream at the time of its codification by Hollywood, during the classic stage of silent cinema, and is articulated with the figuration of Latin America as otherness and alterity.

Perhaps that is why many of these constructs leave aside certain perceptions of other visitors who are defined by their distance and even sarcasm regarding Cuban sexual culture, such as that of an American journalist from the 1930s, for whom Cuban men

spend plenty of time on the subject of sex. She dedicates her whole life to him. She talks, dreams, reads, sings, dances, eats and sleeps with sex, except by doing it. Perhaps I’m exaggerating, but what is certain is that they spend much more time talking than acting. Sitting in their offices, rocking on the sidewalks in front of their clubs or drinking coffee, they talk for hours about sex. An American, if he is intelligent, when he has a date with a Cuban in a cafeteria makes him sit with his back to the street; if not, the Cuban will be distracted looking at all the women who parade through the place and, with all certainty, he will interrupt the commercial transaction to make a comment about the anatomy of some beauty who happens to be passing by at that moment.

Cubans call each other on the phone during work hours to tell each other about their new conquest in great detail and, according to them, they all had their first relationship at the age of two, which perhaps explains why they are so worn out at 21…