The group is part of five interdictions carried out between Wednesday and Thursday, when the migrants were sighted in different areas of the Florida Keys and aboard rustic boats in their attempts to reach the United States coast. 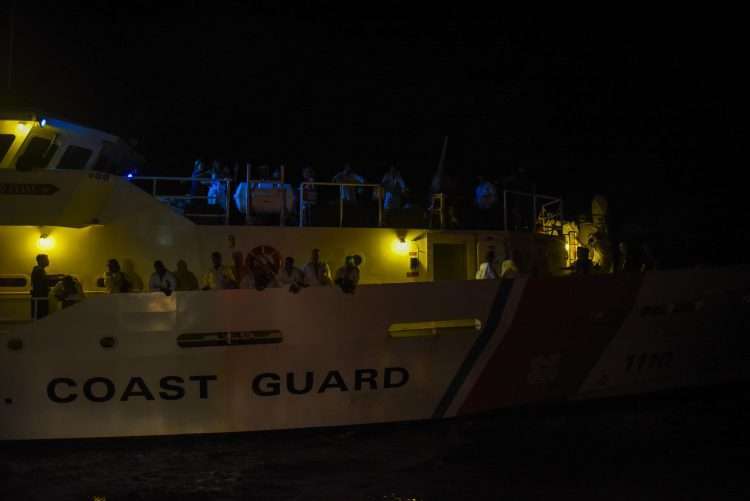 On Saturday the United States Coast Guard returned to Cuba a group of illegal migrants made up of 90 people, according to its website. The note does not specify age composition or gender distribution.

The group is part of five interdictions carried out between Wednesday and Thursday, when the migrants were sighted in different areas of the Florida Keys, aboard rustic boats in their attempts to reach the United States coasts.

The first group was rescued from the water, where they had thrown themselves after their boat’s engine began to smoke, according to the report. The incident occurred Wednesday at around 4 p.m., about two miles south of Key West.

The U.S. Coast Guard has also detained migrants from Haiti and the Dominican Republic these days, but in smaller numbers. Just since October 1, 2021, a total of 4,614 Cubans have been intercepted, according to the data published to date. The figure is close to that of 2016, when they totaled 5,396, and is much higher than that of the previous five years (2017-2021) to the current fiscal year.

By land, the number of migrants from the island arriving in the United States is much higher, since according to official figures they add up to more than 140,000 from October to April alone.

The Cuban citizens trying to reach U.S. territory both by land and by sea have increased significantly in recent months due to the deep economic crisis Cuba is experiencing. The number of irregular migrants now exceeds the number of those who left the island during the so-called Mariel crisis.