“For the sake of the Cuban people and for the betterment of your nation, we urge you to free Jose Daniel Ferrer immediately and take the first step toward a better future for Cuba,” said the head of U.S. diplomacy in a letter to the Cuban foreign minister. 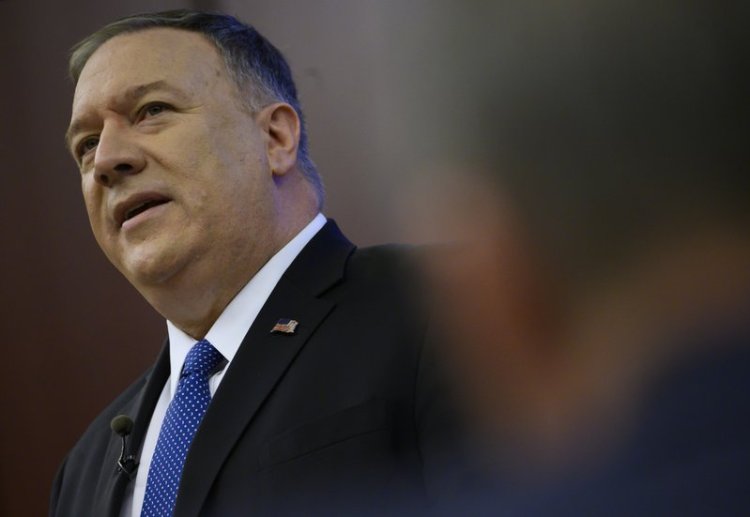 Secretary of State Mike Pompeo urged his Cuban counterpart, Bruno Rodríguez, this Monday to “immediately” release dissident José Daniel Ferrer, leader of the Patriotic Union of Cuba (UNPACU), who has been imprisoned since last October.

“For the sake of the Cuban people and for the betterment of your nation, we urge you to free Jose Daniel Ferrer immediately and take the first step toward a better future for Cuba,” said the head of U.S. diplomacy in a letter to Rodríguez and released by the State Department.

Pompeo alleges that, in the more than one hundred days that he has endured “unjust” imprisoned, Ferrer “has been repeatedly dragged, chained, beaten and burned” by agents of the Cuban government.

Cuban #HumanRights defender @jdanielferrer has been abused and imprisoned unjustly for 100+ days. In my letter to Foreign Minister @BrunoRguezP, I demand the release of all political prisoners held in #Cuba. We will continue to hold the #Castroregime accountable for its abuses.

In response to Pompeo’s demands, Cuban Foreign Minister Bruno Rodríguez published on his official Twitter account that the U.S. Secretary of State “doesn’t care about the human rights situation in Cuba,” adding that “if so, he would try to lift the genocidal blockade.”

Rodríguez recommended that his U.S. counterpart take care of medical insurance in his country, of the “rights of women, Afro-Americans, the poor, homeless, migrants and detained children.”

Finally, he demanded that the ban on travel to Cuba imposed on his nationals by the U.S. government cease.

Ferrer has been imprisoned since last October in Santiago de Cuba for an alleged assault on another man, a charge that his relatives deny while ensuring that it is a crime “prefabricated” by the government.

Last November, the Cuban National Television Newscast broadcast a report in which it was affirmed that “the reason for his arrest responds to a complaint filed by a Cuban citizen” accusing him of “kidnapping and subsequently giving him a severe beating.”

In addition, the television material states that the opponent is a “salaried agent at the service of the United States.”

Ferrer, 49, spent almost eight years in prison as part of the 75 opponents imprisoned in the so-called “Black Spring” of 2003, in his case for being one of the promoters of the Varela Project, led by the late dissident Oswaldo Payá.

According to Pompeo, the “spurious” charges against Ferrer follow a “familiar pattern of harassment, violence, and arbitrary arrests” against the increasingly reduced dissidence inside the island.

“The United States will never forget the brave Cubans who put their lives on the line for the sake of a free Cuba.  Until there is democracy and respect for human rights in Cuba and all political prisoners are freed, the United States will continue to hold the regime accountable for its abuses,” Pompeo promised.

Since arriving at the White House in January 2017, U.S. President Donald Trump has strengthened the policy toward Cuba with reductions in diplomatic personnel, increased trade embargo, cruise restrictions and limits to Americans’ travel to the island.

These measures have been enthusiastically welcomed by the Cuban exile in Florida, one of the key states for the November elections, in which Trump is opting for reelection.