This Saturday the Cuban capital hosted a nautical stopover for American and Cuban vessels. 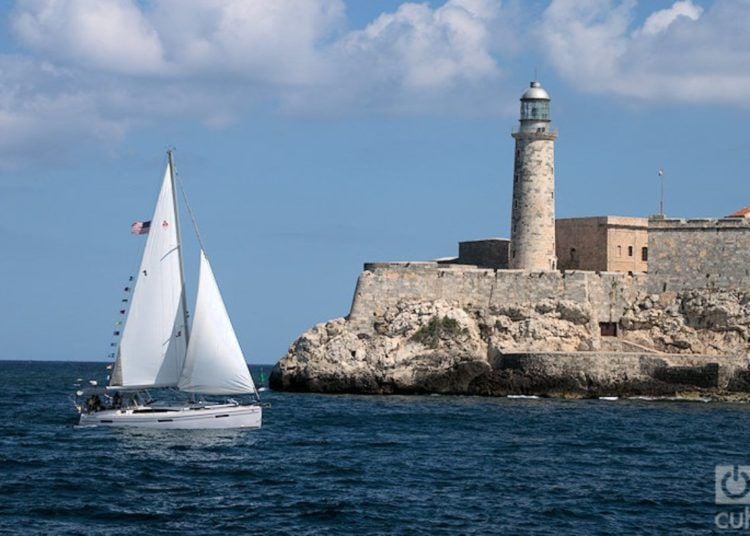 The third edition of the regatta between St. Petersburg (Florida) and Havana this week began the extensive program of maritime celebrations for the 500th anniversary of the founding of the Cuban capital, which on Saturday hosted a nautical stopover for American vessels and from the island.

This race between the Florida town and Havana emerged in 1930 as the first ocean race between the United States and Cuba, and was the last to connect the two countries in 1959, until its resumption in 2017 after the diplomatic “thaw” between both nations, which reestablished official relations in 2015.

In spite of the bad weather, 21 of the 26 boats that left St. Petersburg on March 16 arrived in the port of Havana on a journey that kept the organizers “in tension” until this Thursday afternoon, when the last ship entered Havana’s Marina Hemingway.

The first vessel to arrive at port was the “Fresh Pineapple,” which made the journey in about 40 hours.

The rapprochement between Cuba and the United States reactivated the regattas and nautical events between both countries, which have organized the Friendship Cup, Havana Challenge, the Bone Island Race and Tampa-Havana and Miami-Havana races, as well as several speed records on speedboats and kayak crossings.

However, the shift in U.S. policy towards the island after President Donald Trump’s arrival in the White House in 2017 has created new tensions in the fragile bilateral relations.

“We are not a government department. We are just a group of sailors who just want to have a good experience and strengthen the links between people from one and another country,” said St. Petersburg Nautical Club Commodore Richard Winning, adding that he hopes to continue collaborating with his Cuban colleagues.

According to Commodore of the Cuban International Hemingway Nautical Club José Miguel Díaz Escrich, this is a way of reaffirming “the friendship between the two countries” and a “message of love in the midst of a time of political tension.”

“In addition, this regatta has a greater special symbolism than the one it already has, because with it we are starting the program for the 500th anniversary of the founding of the township of San Cristóbal de La Habana,” he told the press this Friday.

The festivities include a colorful parade of more than 30 boats, among them the 21 participants in the regatta, which sailed today along Havana’s emblematic Malecón seaside drive.

The nautical celebrations for the five centuries of the Cuban capital will last until the night of November 15, the eve of the day of the city’s foundation.

Díaz Escrich announced that they plan to organize seven parades, four regattas, two rallies, an international colloquium with guests from the U.S. and Spain and the 33rd Assembly of the International Federation of Maritime and Naval Associations and Leagues, for which delegations from some 20 countries are expected will attend.

The Cuban commodore highlighted the celebration next September 7 of the first maritime procession of Our Lady of Regla in 58 years, an “ancestral tradition” in honor of the seafaring virgin ̶ syncretized with the Yoruba deity Yemayá ̶ that the Hemingway Club hopes to rescue and maintain every year.