The heir to the British crown is the first member of royalty on an official visit to Cuba. 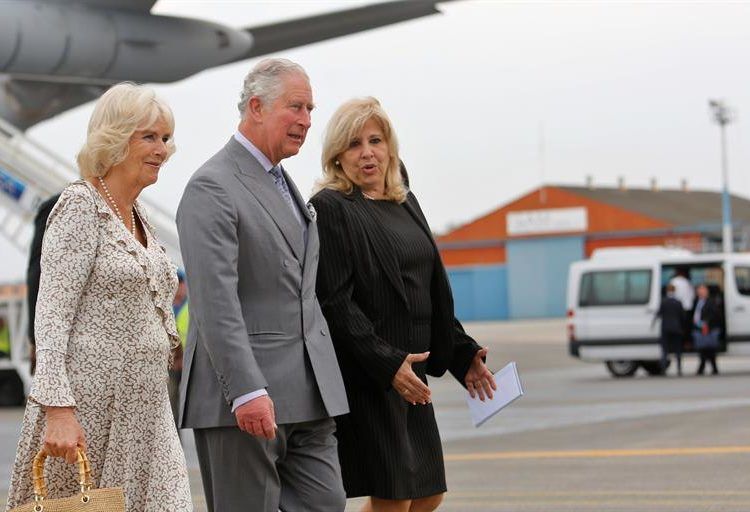 The Prince of Wales and his wife, the Duchess of Cornwall, arrived this Sunday afternoon in Havana on what constitutes the first trip of British royalty to the island since the Cuban revolution.

His Royal Highness Prince Charles and Camilla Parker-Bowels arrived at Havana’s José Martí Airport from Barbados as part of a tour that has previously included stops in Grenada, Saint Vincent and the Grenadines, and St. Kitts and Nevis, and which will end next week in the Cayman Islands.

The Prince of Wales and his consort will remain in Cuba for four days at the invitation of President Miguel Díaz-Canel, whom Charles met last October during a stopover the president made in the British capital on his return from a tour of Asia and Russia.

Charles and Camila went from the airport to the Plaza de la Revolución where they laid a wreath at the foot of the monument to José Martí.

Accompanying them on their trip is British Minister of State for the Commonwealth Lord Tariq Ahmad, which according to the Foreign Office indicates the priority that the United Kingdom gives to bilateral relations, “within the differences we have.”

The visit of the royal couple to Havana seeks to consolidate and strengthen bilateral relations, within the process of rapprochement initiated in 2016 with the trip to the island of then Foreign Minister and current Finance Minister of the United Kingdom, Philip Hammond.

That trip took place in the context of the normalization of relations between Cuba and the United States under then President Barack Obama, a process abruptly paralyzed by his successor in the White House, Donald Trump, who has reversed the bilateral “thaw” and toughened the sanctions on the Caribbean country.

The meeting with Cuban President Miguel Diaz-Canel will take place on Monday afternoon, as part of a day with a tight agenda that will also include a walk through Old Havana, a World Heritage Site, and a meeting with representatives of the incipient private sector.

According to British diplomatic sources, this visit at such a high level is a reflection of the good state of relations between the United Kingdom and Cuba, which seeks to further encourage the development of ties, a commitment that does not mean that the two countries agree on all spheres, but rather that they see opportunities for exchange.

The main purpose, within a philosophy of “constructive diplomacy,” is to promote a closer dialogue with the Cuban government, according to the same sources.

The couple plans a meeting with the members of the Buena Vista Social Club and a gala dinner with the Cuban president, in addition to meeting with private Cuban entrepreneurs and a visit to a research center.

The wonderful Cuban singer @DaymeArocena welcomes Their Royal Highnesses The Prince of Wales and The Duchess of Cornwall to #Cuba
5 days to go #RoyalVisitCuba #MusicisGreat #RoyalVisitCaribbean pic.twitter.com/dj8l8kNQeL