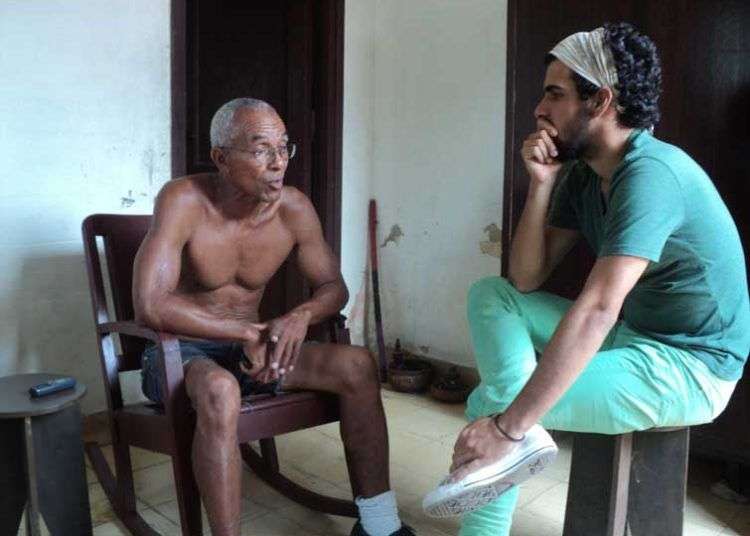 In one of the seven or eight conversations we had, Charles Hill spoke of his fear. That is, Charles Hill is a very strong man, and fear is not carcinogenic and ordinary fear that makes each one of us dumb, namely; being hit by a car, we all discover a nodule, night falling in the city, a bolt burning our appliances at home. Fear of Charles Hill is not one, but many, that crowd, mingle, overlap, and are strong fears. Fears that make biceps and triceps. Fears of history, you might say. Fears that instead of sucking him, are fattening.

But then happened what happened, and, like a cork coming up, I have not stopped thinking about him lately. If his fears have increased. If he suffers from insomnia. If he started drinking again. And what does he think of this? If he thinks his president, the first black president of the United States, the first president of his race, has betrayed him. Or if the first black president has not done more than his due, and that it was he, Charles, who was returning once again to be in the wrong place at the wrong time.

Charles was born in Illinois. At eighteen he was sent to Vietnam as part of the 101st Airborne, the legendary Screaming Eagles. There he parachuted and went into the jungle. He was then sent to a psychiatric facility, not because he was sick, but because he refused to continue in combat. He was treated with Thorazine, a drug for manic-depressive patients. He was released. He returned to the United States. Charles the junkie. Charles on a train aimlessly, in his twenties, lost consciousness, a train to Oakland, loaded with bagasse. Then Charles in Alaska, where it is always night.

Charles that reads Fanon, Mao, Guevara. After returning to Oakland, and in Oakland, joined the ranks of the Republic New Africa (RNA), a political organization that seeks to establish a separate African American nation in five states of the American South: Louisiana, Mississippi, Alabama, Georgia and South Carolina. Here he had his skirmishes. Here he becomes a sworn enemy of the FBI. Here he uses uses the 9mm and M-16. Then they dismantle the organization, and Charles flees with two friends in a Ford Galaxie, in Albuquerque, New Mexico, a policeman stops them. The policeman is 28 and has two small children. The policeman tells them to open the trunk. The officer is a Lieutenant. The policeman is white. The police wears a  Patrolman hat. A .45 caliber revolver bullet passes through the police.

We’re on the night of November 8, 1971. Thus began the longest manhunt in New Mexico. Eighteen days when Charles and his two friends are hiding like rats (not as cowardly rats, but as clever rats). Then they go to a trash can near the airport. Then hijack a plane. Then divert the plane to Florida. Then, from Florida, to Havana.

His history in Cuba does not detract, but I will not tell it now, because it is the story of any of us. Charles has many lives, and many times, and many faces. One of them is the face of Cuban. For forty-three years ago, lives in a place in this city. He is still behind Joanne Chesimard (or Assata Shakur, legendary leader of the Black Panther, whose head is worth two million dollars), the second or third biggest in the bulging list of fugitives that the FBI believes have found refuge in Cuba.

The difference is that Assata, who was sentenced to life imprisonment in 1973 for the murder of a policeman in New Jersey, escaped in 1979 from Hunterdon County, maximum security prison, and gained refuge in Havana since 1984 and even received public support from Fidel Castro, while Charles looked like an old time lag, someone who did not wake too much interest, so afraid that someday, in the hypothetical improving relations between the two countries they will use him as a bargaining chip.

I do not know if such a thing happens. But I know, apparently seen that Charles Hill feeds from his fears. When we talked-knowing that the heroism or villainy are merely matters of chance, or gross errors of perspective-I had the naive idea that, at a certain moment, the laws should pardon, or leave alone, certain men. That is, men who lived out of what they relate in the history books. And men who did not get, therefore, the slightest reward, nor would ever get it.

I looked at Charles, shirtless, with loose socks, dirty shoes, rocking in his wooden chair, holding forth about his past, and his past was none other than Viet Nam, or Eldridge Cleaver, or Edgar Hoover. Then he thought of the 29 year old policeman and his two orphan children, and his head made me a mess. But Charles did not claim anything. Charles knows that there is nothing to complain and if there was anything to complain, then there would be whom. Charles knows that no one is to blame. His fears, and a son (a specific child among all those he has), are what make Charles wake up every day.

And there’s a familiar tone between Charles and fears. Not a tone of regret, no way. No tone of complaint. But a friendly and cordial one. No friends either, but acquaintances, like Charles and his fears had worked together for many years in a textile factory, or they had fought together in a trench. That. As if they had fought together in a trench, and in that trench one of two, or Charles or his fears, he would have stolen the other a can of milk. And a similar detail, which undoubtedly is not a minor detail, enough to create suspicions, but not to separate them. For stealing a can of condensed milk is not an incident that makes them forget that both fought together in the same trench.

If something I caught in these conversations is that, in the particular duel, there is no fiercer rival than our fears. Our fears, the slightest slip, put their hands in our wallets. But, when howitzers sound, we are just going to be between us and fear. Nobody else. And that fear we must look at his face. And that fear will smile at us.

This text, or any other I have written or will write about Charles Hill, belongs more to my dear friend Lauren Cleto than to me. I know it’s commonplace. But in this case there is a moral or spiritual support or any convoluted metaphysical nature. What happened in this case is the following: Lauren found this man. Lauren made a deal with this man. And only then, parasitically, I got into it. We were going to write about Charles, and we were going to write a few more stories. But Lauren suddenly emigrated. That story, of course, we also have to write. You see, reader, this note is not for you but for Lauren, for if she reads the text. I still don’t know well how to tell her what I have to.

Censorship in Cuba: The Thirst for the Forbidden