Censorship in Cuba: The Thirst for the Forbidden 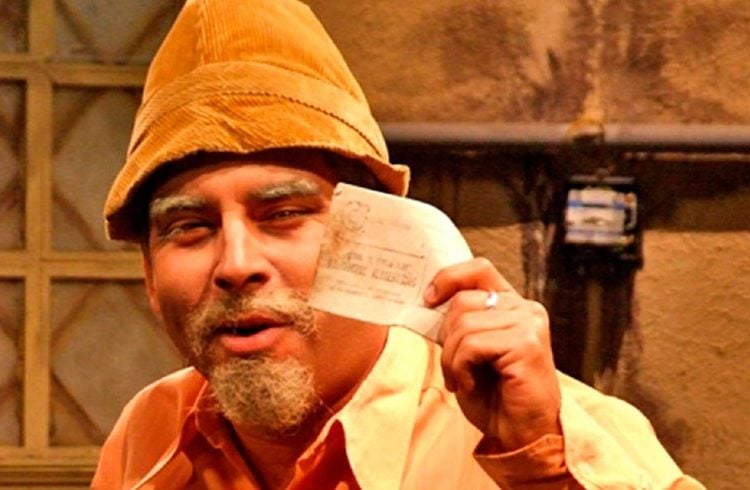 Not even comedian Luis Silva has been spared from TV censorship.

Some 40 years ago, Spanish and Italian censors prohibited the screening of Bertolucci’s Last Tango in Paris, calling it an obscene film. Thanks to this, French cinemas were flooded by Spaniards and Italians who travelled to the country to satisfy their curiosity.

This came to mind when, at the “video rental” near my house, I was offered the “forbidden” episodes of Vivir del cuento, the most popular Cuban television show, starring Panfilo, a pensioner portrayed by comedian Luis Silva.

They told me the censors had not allowed those episodes to be aired on television and I immediately asked them to make me a copy. “They sell like hot-cakes, everybody wants them,” the owner of the rental place told me while copying the episodes to my hard drive.

I copied a number of interesting things, but the first thing I did when I got home was find out what good old Panfilo had done to incur the wrath of the Gods, to the point that they didn’t allow the shows on the air, not even after the broadcaster spent thousands of pesos to produce them.

To my great surprise, the first of these episodes was about the “weekly package”, that collection of films, television series, documentaries, soap operas and reality shows sold on the streets on the island and bought by most Cubans.

Cuba’s TV show Panfilo was censored because its main character didn’t want a Soviet car, not even as a gift.

I saw the episode twice to try and understand why it had been censored and the only thing I found was that they poke fun at Cuban television’s attempts at producing an official “package” to compete with the popular version, in a desperate effort to win back the viewers they’ve lost.

The other Vivir del cuento episode that was banned makes fun of Soviet technology, particularly the one used in the Moscovich, an automobile that most Cubans believe is the worst that has ever been imported to Cuba throughout its history.

I imagine that, following the renewal of relations with the Russians and the writing off of Cuba’s debt, the censors felt that poking fun at them was not convenient, lest President Putin watches the show, takes offense and decide to suspend the bilateral ties between the countries.

People, however, aren’t exactly grateful. When a tribute for the censors of the 1970s (now retired) was aired on television, Cuban intellectuals unleashed a veritable storm of emails and such strong winds of protest that the country’s cultural authorities had no choice but to apologize.

Cultural advisor Abel Prieto alerts us to how counterproductive forbidding the “package” can be.

The fact of the matter is that, at the time, some of the most important Cuban intellectuals today were sanctioned, humiliated and ultimately marginalized for asking difficult questions, because they were misunderstood or simply for committing the sin of being homosexuals.

The Cuban film Strawberry and Chocolate­ – banned from television for 20 years – shows us much more than an era marked by homophobia. It unmasks the intolerance towards individual thought in the name of a utopian unanimity (which some appear to miss).

The wall raised by that information monopoly, however, is today full of holes thanks to Internet access, illegal satellite dishes, the weekly “package” and the USB drives passed on from person to person on the island.

Even without all of these new technologies, it is very difficult to mold the soul of a people through censorship. In Spain, authorities never managed to convert citizens into puritans. On the contrary, the thirst for all things forbidden gave way to a kind of “overflow”, a time in which nudity and sex became the norm.

This swinging of the pendulum is probably what Abel Prieto, the president’s cultural advisor, fears, which is why he is critical of certain aspects of the “package” but suggests it should not be banned, saying “we already know what happens with things that are forbidden.”

What we need now is for the censors to understand this, so that they will stop banning the music videos of the band Buena Fe simply because two women kiss in them, censoring the criticisms of the public health system voiced by Paquito on Radio Rebelde or the jokes of good old Panfilo and his retired friends.