The interception took place last Saturday near Elbow Cay, in the Bahamas, when a Coast Guard plane on patrol spotted a suspicious vessel and notified one of the surveillance boats of its location. 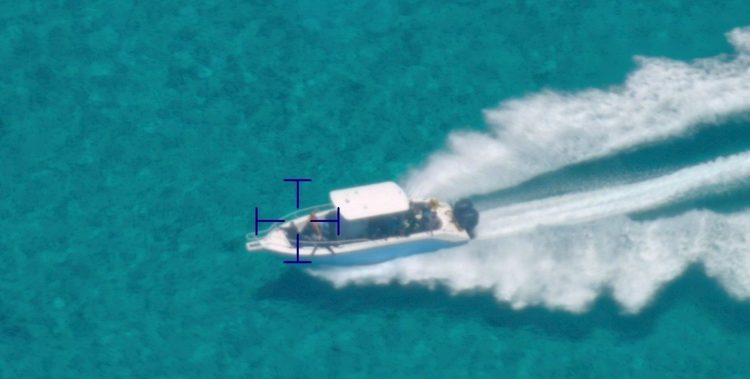 The United States Coast Guard on Wednesday repatriated 24 Cuban immigrants who were trying to arrive illegally in the country in a “suspicious boat” that was intercepted off the coast of the Bahamas, the institution reported.

The interception took place last Saturday near Elbow Cay, in the Bahamas, when a Coast Guard plane on patrol spotted a suspicious vessel and notified one of the surveillance boats of its location.

"We are a presence in the #FL Straits & discourage these dangerous & deadly voyages…" – CWO Chad Barber, USCGC Charles David Jr.

The Cubans were brought aboard the Coast Guard boat and the owner of the outboard vessel was taken into the custody of the U.S. Homeland Security Investigations (HSI) agency.

This official body indicated in a statement that it was probably a human trafficking operation.

“We are a presence in the Straits of Florida and discourage these dangerous and deadly voyages,” Coast Guard Commander Chad Barber said in the statement.

“The policy is to carry out an orderly, safe and legal migration that we support by deterring illegal maritime migration,” he added.

The entry door to the United States for Cubans without legal permits was open until January 12, 2017, when then-President Barack Obama withdrew their immigration benefits by canceling by executive order the “wet foot/dry foot” policy that allowed a temporary permit to those who came ashore.

WHO supports Cuba’s struggle against the pandemic, says its director general