The island’s lawyers, who represent the Cuban state enterprises CIMEX and CUPET, had argued that the lawsuit is inadmissible because the properties in question are located outside the United States. 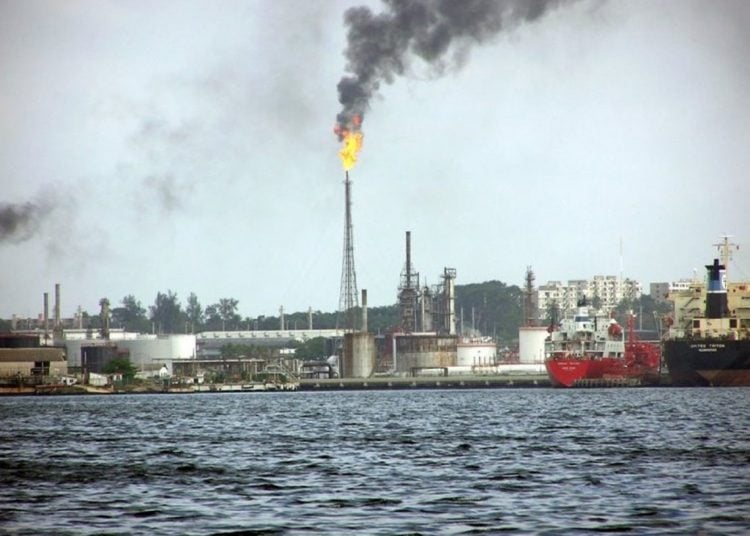 A Washington DC federal court authorized the U.S. Exxon Mobil oil company to continue its lawsuit against two Cuban enterprises for the nationalization of its properties at the beginning of the Cuban Revolution.

In May 2019, the American company opened the first lawsuit against Cuban enterprises under the Helms-Burton Act, in the court of the U.S. capital. After that, a dozen more lawsuits have appeared, but none have succeeded.

Exxon Mobil is seeking a 280-million-dollar compensation from the CIMEX and CUPET enterprises for the use of their former properties in Cuba, such as the one that is today the Ñico López refinery in Havana, as well as hundreds of gasoline and lubricant outlets, offices and trucks for the delivery of refined crude oil.

This Wednesday, federal judge Amit Mehta gave the green light to the continuation of the process that had been interrupted in 2019. Over the years, the United States government has recognized thousands of lawsuits of this type presented by companies and individuals regarding properties that once belonged to Americans.

But Exxon shelved its case in 2019 after the Donald Trump administration said it would not block a provision in a 1996 U.S. law that allowed private trials for property seized in Cuba. However, the legal signature of that policy was never carried out.

The Exxon Mobil lawsuit was recognized by the U.S. government in the mid-1960s and is on a list of certified lawsuits, a condition for them to be heard before a U.S. court.

One of the pitfalls for a lawsuit of this type is that it is very difficult to enforce its possible ruling, because it judges the situation of an existing property in another country. In addition, in the case of Cuba, the U.S. embargo also interferes.

The two Cuban enterprises have already tried to dismiss the lawsuit, arguing that they are entities of a foreign government and therefore immune from complaint under the (U.S.) Foreign Sovereign Immunities Act.

When the lawsuit was filed, the only one to which Cuba has responded to until now, the island appointed two lawyers in the United States and added that it was not admissible precisely because the property in dispute is in Cuban territory.

Another pillar of the lawsuit, according to Exxon Mobil, is that CIMEX and CUPET participated in the “illegal trafficking of properties confiscated from the plaintiff,” including hundreds of service stations, storage tanks, a marine terminal and the Ñico López refinery.

Exxon spokesman Todd Spitler said in an email that they agree with the court’s decision to allow the trial to proceed, and added that the decision continues to support the claim that Exxon Mobil should receive compensation for its expropriated assets.

Mehta ruled that an exception to the statute means that Exxon’s complaint against CIMEX can go ahead. He also allowed the U.S. company to gather evidence that proves that its lawsuits against CUPET are legally viable, that is, that the Cuban enterprise was the “heir” company to the former properties of the U.S. oil company.