Although the transactions are legal, they must be recorded. The Treasury Department says that the BIOMIN America company misinterpreted the law and therefore it was fined. 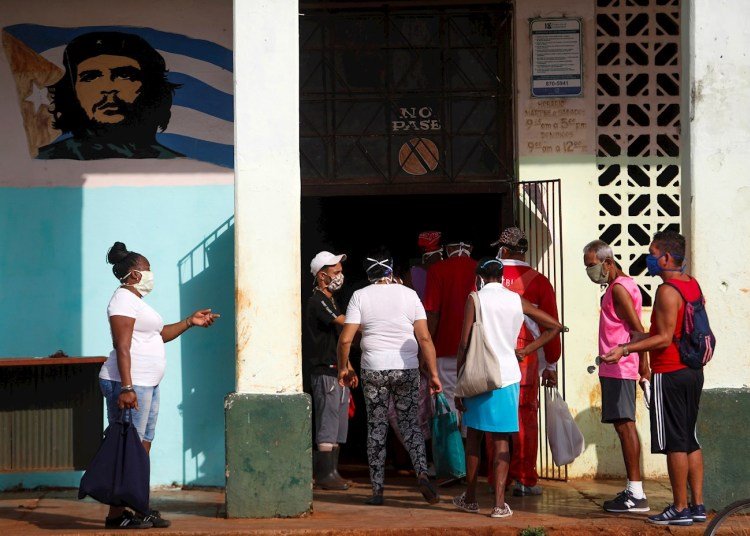 A group of people line up to buy in an agricultural market, this Monday in Havana. (Cuba) EFE/Yander Zamora

Although the sale of food to Cuba by the United States is permitted, the American exporter needs to inform the Treasury Department, which then issues a permit through the Office of Foreign Assets Control (OFAC). Failure to do so, exposes them to a hefty fine.

That was what happened with Biomin America, a company specialized in animal nutrition based in Kansas, which between July 2012 and September 2017 carried out 30 transactions of agricultural products to Cuba through its subsidiaries abroad, for a total of 44 violations of OFAC regulations. Biomin America is what is called a joint venture. Several foreign, non-subsidiary companies control part of its capital, even if they operate outside the United States.

These types of companies are also included in OFAC regulations and must request permission to establish a business relationship with Cuba, as established in article 31 C.F.R. part 515 (CACR), although in this case the agricultural products were not produced in the United States.

After being warned by the Treasury Department, Biomin America entered into a series of negotiations that ended in a settlement agreement: the government will not go to court. The company agreed to pay a penalty of 257,862 dollars.

In a statement, the Treasury Department explained that while it should have applied for the export permit, the company “failed to take the steps necessary to do so” but “developed a transaction structure that it incorrectly determined would be consistent with U.S. sanctions requirements.” Since it was not a deliberate attempt to conceal something, the Treasury Department concluded that there was no premeditated violation.

“OFAC’s decision to leave the matter in a non-serious violation does not prevent the imposition of a fine. But the interesting thing is that in these times when the Trump administration has imposed restrictions on Cuba, the Treasury Department decided to be more flexible than on other occasions. It must be said that the sale of food is still authorized, but you always have to ask for a license anyway. No one is spared in that sense. They give you permission, but you have to report what you are doing on a commercial level,” explained Jerome Richardson, a lawyer specialized in international trade.

On the other hand, Democratic Senator Patrick Leahy, the congressman of the same party as Jim McGovern and 25 other federal legislators, this Wednesday asked for explanations from Secretary of State Mike Pompeo and from Secretary of the Treasury Steven Mnuchin to confirm that U.S. policy does not preclude companies and humanitarians from providing essential medical equipment, food, and information to the people of Cuba to combat COVID-19.

“We write to urge you to immediately confirm that companies and humanitarians around the world are not precluded under U.S. law, regulation, or policy from providing medical equipment, food, other humanitarian items, and public health information, to Cuba… which already suffers from acute shortages of food and medicines, is facing a public health crisis due to COVID-19.  Given Cuba’s proximity to the United States, transmission of the virus there threatens the health and safety of not only Cubans but Americans and others in the Caribbean region, regardless of whatever measures the Cuban Government takes to try to limit its spread,” the signatories say.

The letter states that regardless of whether these shipments are limited by the embargo, federal lawmakers are aware of information that foreign companies have been banned from sending such aid to Cuba for fear of sanctions. “This is dangerous and contrary to our longstanding tradition of not politicizing the delivery of humanitarian aid.  In such an unprecedented emergency caused by a deadly virus that is so easily transmissible, public health and safety must take precedence.”

The State Department and the Treasury Department did not respond to calls on the matter by the end of Wednesday evening.

Number of infections by COVID-19 in Cuba today dropped to 12. Only one deceased reported