That the homogeneity of social policies transmutes to a socialist heterogeneity in response to inequalities cannot be postponed. 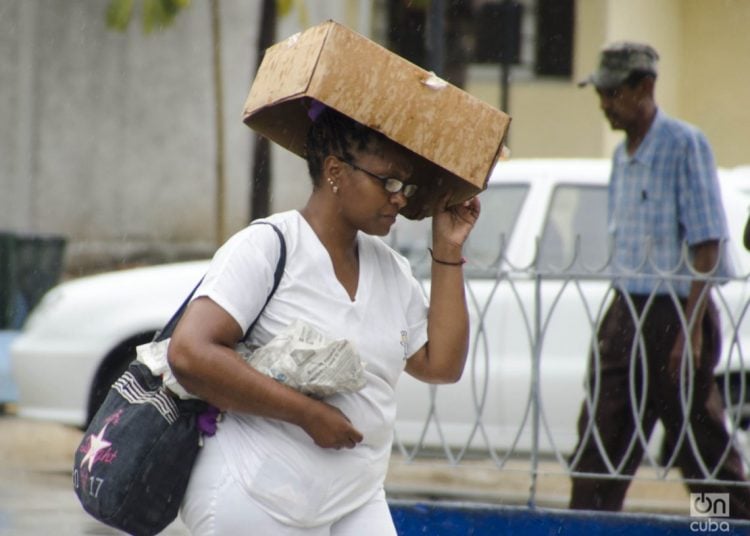 In the first part of this series we presented some data that show the historical vulnerability with which Afro-descendant women get to the Task of Reorganization in Cuba. In this second part some challenges and proposals are discussed so that the new socioeconomic strategies include and positively impact this sector, as a way of emphasizing the socialist and inclusive character of the nation.

The realities that we describe are not unknown by Cuban institutions despite the lack of systematized and public statistics. It is not by chance (rather causal) that the new National Program for the Advancement of Women requires the publication of research and studies disaggregated not only by gender but also by skin color and territory. These are known to be variables that deepen social inequalities. Within the framework of the National Program against Racism and Racial Discrimination, President Miguel Díaz-Canel himself tweeted that “We need actions in favor of people who have been marginalized or mistreated in different contexts.” Both intersecting programs put paid to a more vulnerable population: Afro-descendant women.

Challenges and proposals for an intersectional reorganization policy in Cuba

Regarding the strengthening of the municipality as a creative and decision-making body—in accordance with the Constitution of the Republic of 2019; and the decentralization of the allocation of resources, the creation of promotion programs for local economies is made viable, implemented from a territorial approach, especially in areas on the periphery of cities, suburban, rural and in the provinces with lower development and gender equality indices.

In fact, the eastern provinces, the main issuers of internal migrants and which concentrate a higher proportion of Afro-descendant people and women, had the lowest gender inequality indexes (GII) in 2014, with an average of 0.328, surpassing that of the central and western regions, which accounted for 0.303 and 0.253 respectively. This indicates that gender and racial gaps are also linked to territorial patterns.

One of the actions that can be deployed in this sense by local governments is the detection and handing over of state premises and spaces in disuse, abandoned or, simply, that are of little profitability for the State, so that self-employment activities, non-agricultural cooperatives or micro, small and medium-sized enterprises (MSMEs) can be developed, taking into account the described housing problems and the deficit in the country’s housing fund.

Encouraging the creation of non-agricultural cooperatives also opens the possibility of a social strengthening linked to solidarity, local and family economies, of boosting small economies and of contributing to the availability of jobs.

The relevance given to MSMEs in Cuba or self-employment is, without a doubt, necessary. However, it is also vital to take into account that already impoverished sectors may be being left out and that the inequality gap may be deepening due, for example, to inequities in income, access and availability of resources measurable through intersections of race and gender, as previously demonstrated.

A relevant part of the professional activities were constrained in the 124 activities prohibited for self-employment; however, they are activities that require few resources or capital to start their development. I think it is valid to point out that, in addition and in relation to professional activities, a greater proportion of black women finish their university studies, representing 15.01%; while white women do so with 12.92% and mestizo women with 12.05%. This potentiating indicator, however, is limited.

Popular participation in the design of the economic and social agenda is also important.

The decentralization of resources allocation proposed in the new strategy can have a positive impact on disadvantaged populations if an adequate regulatory framework is created at the same time that protects the rights and interests of all people, but that at the same time makes effective inclusion of the sectors that suffer inequalities. This requires high citizen participation as well as a redistribution of power.

From the feminist political movements, the presence of women and, I add, of racialized women is challenged at all levels of decision-making in proportion to the total population. Simultaneously, debate with the grassroots and the co-creation of public agendas is necessary.

Taking the foregoing into account, I consider the approval of quota policies imminent, in a regulated and systematic way, in the different sectors of the economy, “gradually but incessantly infiltrating” black and mestizo women in management positions, in the sector state, as well as in the non-state and in the areas of better economic income. This is the first guarantee to begin to narrow the asymmetries where this population sector is at a disadvantage.1 A quota policy and a law against discrimination, binding on all sectors, instances and entities, are necessary to legally guarantee non-discrimination for racial and sexist reasons.

That women, whose inequalities are intersected by class, race, territory, care, etc., may be subject to credit by national banks for the beginning of their ventures, with tax, fiscal and interest rate advantages, are elements to take into account. Although the generalized, gendered and racialized extension of debts through microcredits in Latin America and the Caribbean has been criticized, in Cuba all banks are state-owned, hence the guiding principles for granting them are constitutive of socialism and not in favor of the private accumulation of capital.

Another criticism that is pointed out in relation to microcredits and the creation of large-scale microenterprises is that, generally, they are not taken advantage of by the most impoverished people, and those that do end up going bankrupt and paying debts. Hence, current government measures urgently require strategies to identify impoverished and vulnerable sectors, and support from the State from the beginning of market insertion and throughout the development of the activity, offering them advantages that can support the market. For example: the exemption from paying taxes during the first years of operation of the project or venture.

The partial dollarization of the economy negatively affects Afro-descendant and feminized population groups; we’ve already seen this. The process of “de-dollarization” requires debate and public discussion. Creating a short-term program with immediate effects is also urgent for that 40% of the population with the lowest income, where, surely, racialized women are largely represented. This is urgent, especially in a context in which instability and rising prices are not in line with wages, which is causing serious difficulties in sustaining the daily life of Cubans.

The search for efficiency and self-management of the state enterprise is threatened by a new exodus of workers from this sector. In fact, the elimination of excessive subsidies for the business sector has been announced, which may lead to the closure of several unprofitable state-owned enterprises. But what posts and positions will be dispensed with? What will be the sectors by economic activity that will suffer the most from the impact of the measures? And with them, what kind of enterprises will not resist the market and who will be the most disadvantaged?

It is valid to remember that, in the state sector, Afro-descendant women are the ones who occupy the highest proportion of unskilled and service positions and, consequently, are underrepresented in management positions.

Taking into account the experience of 2011, when thousands of workers in the state sector were declared downsized, the immediate alternative to this volume of unemployed was the insertion of these people into the self-employed sector. However, in 2012 (two years after the readjustment began), black and mestizo women were the ones that managed to enter the self-employment sector to a lesser extent, compared to white women and male peers.

For its part, at the beginning of the measures to contain the COVID-19 pandemic, some 250,000 licenses for self-employed workers were suspended, out of a total of 640,000, according to statements by Minister of Economy and Planning Alejandro Gil.

Given this, the question again comes up, who are these licensees? What population groups make them up? Which territories and what type of activities have been the most affected? Faced with this loss of jobs, customers, and cash flow, employees and small employers were totally helpless. Hence, the accompaniment of the State in the generation of public policies aimed at vulnerable and impoverished population groups is peremptory. An expansion of labor rights and guarantees in the Labor Code is also essential for this new stage.

Public policies with a gender perspective are also needed for the restoration and handing over of real estate. Although the housing construction and rehabilitation program started in 2018, and with systematic monitoring despite COVID-19, has continued to have satisfactory results, the truth is that the beneficiaries of the program are subordinated to a formalized employment relationship with merits when, for example, Afro-descendant Cuban women present higher unemployment rates, occupy mostly lower-category positions and are more present in informal employment; and when, in general, Cuban women continue to carry the double shift (home and work).

The only housing delivery policy univocally linked to the female population is childbirth and having more than three children under 12 years of age; however, motherhood does not exhaust the gender approach. In turn, it has been shown that black women in particular have the lowest fertility or birth rates.

One of the most recurrent complaints is precisely the insufficient and contradictory policy on childcare. The state has daycare centers for children between one and five years of age, however, those working mothers that belong to the public health or education sectors have priority to fill the vacant positions in these centers.

On the other hand, we see that “child care assistant” (caregiver) is among the activities allowed to be carried out by the self-employed in Cuba. However, this is a high-pay activity, and the cheapest price for receiving these services represents a third of the island’s average wage.

In other words, mothers who receive low incomes, with informal jobs, without job guarantees, unemployed, or single heads of households who seek to insert themselves into formal paid work are not included in the childcare center program, nor can they pay private caregivers. Meanwhile, most single heads of households are women and these, in turn, racialized. Without an efficient and socialized care network it will be even more difficult to reinvent dignified ways to sustain life and its reproduction.

Consequently, restructuring the care policy offered by the Cuban State through childcare centers must be included in the horizon of the Task of Reorganization. It is urgent. Minister of Education Ena Elsa Velázquez Cobiella has already announced the possible creation of “children’s houses” in the production and services sector for working mothers with young children, however, this policy would only benefit mothers already inserted in the formalized labor market and in those specific areas. Care cooperatives could well be encouraged, where the State has obligations as an ally and, in turn, establish a minimum quota for socially disadvantaged mothers in all modalities (state and non-state). The program could also be replicated for the care of the elderly.

For their part, social assistance and subsidized prices, although they have been suffering a significant decrease since 2010, will be further reduced with the new reorganization measures, which will have a more unfavorable impact on vulnerable and impoverished groups.

That the homogeneity of social policies transmutes to a socialist heterogeneity in response to inequalities cannot be postponed. Similarly, the combination of universalist policies with focused ones is imminent, linked to territoriality and gaps by gender, race, class, identity, origin, and more. It is necessary to articulate the centralization of the State—in its role as guide and responsible for universal and solidarity strategies—with the decentralization of debate and decision-making through the active participation of community, family and neighborhood sectors.2

Neither these principles nor the proposals are mutually exclusive, nor do they contradict the new strategies and the socialist character of the nation. On the contrary, they are complementary and, more than anything, urgent.