Under what conditions do Afro-descendant women get to the Task of Reorganization in Cuba and how can economic policies be reoriented to really benefit this sector? 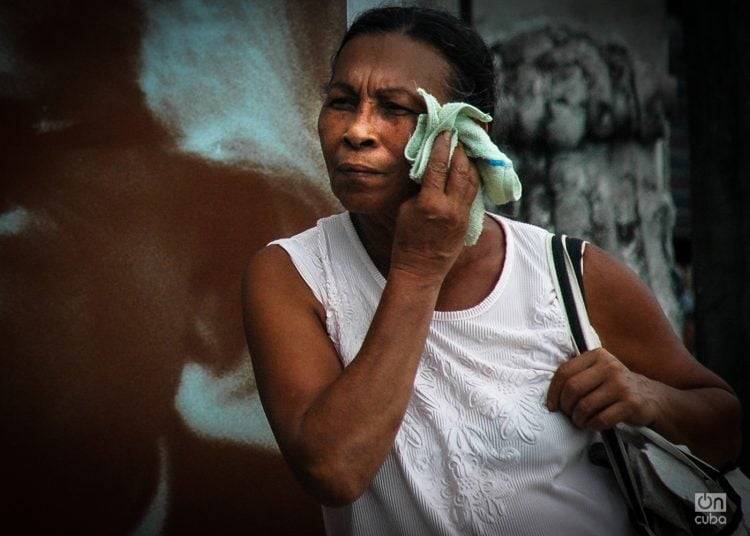 Afro-descendant women make up one of the vulnerable population sectors in Cuba. If we understand poverty as a “situation generated in part by the lack of productive assets or inability to efficiently use those they have“ and vulnerability as a “situation characterized by the susceptibility to suffer some damage or harm given the reduced capacity to adjust or adapt to certain circumstances,” we can say that this population group has reached the crisis caused by COVID-19 in a situation of impoverishment and with gaps that respond, fundamentally, to sex, gender, and race.

Cuba, which has been immersed in economic readjustments since 2010-2011, has proposed a new strategy to update the model in a crisis situation exacerbated by the COVID-19 pandemic. In this context, in July 2020 the government and the Political Bureau of the Communist Party of Cuba (PCC) approved the new economic and social strategy, dividing it into two basic stages: the first related to the immediate recovery of economic activity through the de-escalation of the measures associated with the pandemic, and the second linked to the strengthening of the national economy.

As part of these reforms, President Miguel Díaz-Canel announced in December 2020 the start of the “Task of Reorganization” in the economic and monetary sphere and, at the same time, the start of “Zero Day” in which the monetary unification would begin.

Some of the main measures that have been taken, and that are related to this analysis, are:

Designing the implementation of these measures implies recognizing social inequalities and pre-existing economic crises. In fact, Cuban President Miguel Díaz-Canel has recognized in his speeches that these are not measures that will benefit the most disadvantaged segments of the population in the short or medium term. By the way, economic analyst Pedro Monreal has warned about the need to include a perspective of the distributive effect of the measures and an evaluation regarding the inclusive growth test that reaches the most vulnerable sectors of society.

Under these premises and given the scarce publication of official statistics, it is complex to verify that racialized women proportionally swell several of these vulnerable groups and that they have been among the least favored with the economic readjustments of recent years. However, some data taken from partial surveys and studies by non-state organizations, and others from official censuses, allow us to describe a part of the social scene where the effects of these measures will be felt. Although the data are not always disaggregated simultaneously according to skin color and sex, several indicators, if they intersect, confirm these overlapping inequalities, as we will see below.

Starting in 2010, as part of the strategies implemented to make the Cuban state sector more efficient, the overdrawn workforce of state workers was deflated, declaring them “interrupted” and “available” to reduce wage costs and increase the enterprises’ productivity. It would be the new private and cooperative sector that would absorb this liberated workforce, increasing the supply of goods and services.

This caused a large-scale exodus to the non-state sector—specifically the “self-employed”—of people who were left unemployed. It is estimated that in 2011 a total of 500,000 state employees were downsized in Cuba and it was expected that by 2015 the figure would rise to 1.8 million. Researcher Ailynn Torres Santana estimates that “1.1 million people left the state sector between 2010 and 2019,” although just a little more than half of the unemployed managed to enter the self-employed sector.

Until now, it has not been possible to verify who were the people most affected by this policy, whether they were mostly men or women, people of African descent or not. However, there is a hypothesis that women were certainly the most affected and that racialized people have been the ones who have been able to benefit to a lesser extent from the articulated changes1 that we will analyze below.

The expansion of activities for the private sector derived from the 6th Congress of the Communist Party of Cuba (PCC) in 2010 came hand in hand with the elimination of restrictions to travel abroad in 2013. This conditioned that the benefits of traveling abroad transcended the merely personal and supportive sphere of daily life, to become a way of accumulating initial investment capital for private businesses. However, all these measures deepened some levels of inequality in Cuban society.

According to the 2018 national survey on migration, of the total number of Cubans who traveled abroad in order to attend to their own businesses, 65% were men, and only 35% were women. At the same time, white people were the majority among those who traveled abroad.

Another survey from 2019 by the German Institute for Global and Area Studies (GIGA) confirmed racial inequalities. Of the total respondents, 31% of white people said they had traveled abroad since the 2013 reforms, in stark contrast to 3% of Afro-descendants who also declared having done so.

The performance of remittances also reflects this inequality. The GIGA survey showed that, of the total number of respondents who reported receiving remittances, 78% were white and only 22% were Afro-descendant. A study carried out in 2020 showed that Cuban men receive more economic support from abroad than women. 42% of men had been able to accumulate more capital to start a business through remittances, while women only 22%.

Likewise, the possibility of starting a business in Cuba through savings has been more recurrent in men than in women. The study carried out by GIGA also showed that, while 62% of Afro-descendants and 12% of whites kept savings of less than 100 CUC; 45% of white people did so with savings of more than 500 CUC and of Afro-descendants only 8% had it in that range. In other words, white men are the ones with the greatest capacity to save in Cuba; and if we interpret racial and gender biases, Afro-descendant women are perhaps the most disadvantaged.

Housing and its relationship with economic readjustment

Another change that facilitated the prosperity of some private economic activities was the possibility of buying and selling homes. However, not all people benefited equally from this measure. Two of the most lucrative and prosperous self-employment activities have been the leasing of rooms, spaces and homes, and the preparation and sale of food in paladares, restaurants and bars, all of which can be carried out within the limits of a property.

However, the 2016 population and housing census according to skin color revealed that the distribution of housing types presented racial inequities. While white families occupied more dwellings classified as houses; the apartments and rooms in tenement houses were overrepresented by black families and the palm-thatched huts by mestizas.

The worst housing conditions and overcrowding are also concentrated in households headed by Afro-descendants. According to the aforementioned census: “The homes of black people are smaller than those of whites and especially than those of mulattoes.” Regarding the conditions, an indicator that illustrates inequality is related to makeshift housing: “The makeshift housing headed by black and mestizo people is double those of whites.”

In general, they are data that show the disparity of conditions that Afro-descendants present to start their own private business or a micro or small business within their homes. In addition, they illustrate a social inequality fundamentally marked by skin color.

If we link what was stated in previous paragraphs in relation to access to the exchange currency, income inequality and the possibility of acquiring a property through the buying and selling authorized since 2011, the inequalities are repeated.

It is equally important to highlight the disproportions in unpaid work, understood as domestic and care work. The 2016 national survey on gender equality found that women spend 14 more hours a week in care work than men. Specifically, women working at home without pay spend about 18 hours a week, and women with paid jobs spend 10 hours. The gap is notorious.

According to the 2012 Population and Housing Census, households headed by single women (divorced, separated, single and widowed) represented 62.8% of all single heads of households, compared to 37.2% of those made up of men. However, it is Afro-descendant women who represent the largest amount. Of the total number of women over 15 years of age according to skin color, black women concentrate a proportion of 49.1% as single heads of households, compared to 40.9% and 39.5% of mestizo and white women, respectively.

Facing care work or the double shift, as the case may be, being the single head of the household and adding the disadvantages mentioned above due to racial biases means greater precariousness and a more acute displacement towards the social margins.

*In the second part of this text we will address how the Cuban government has dealt with these challenges and how to reorient some policies to benefit this sector of the Cuban population.