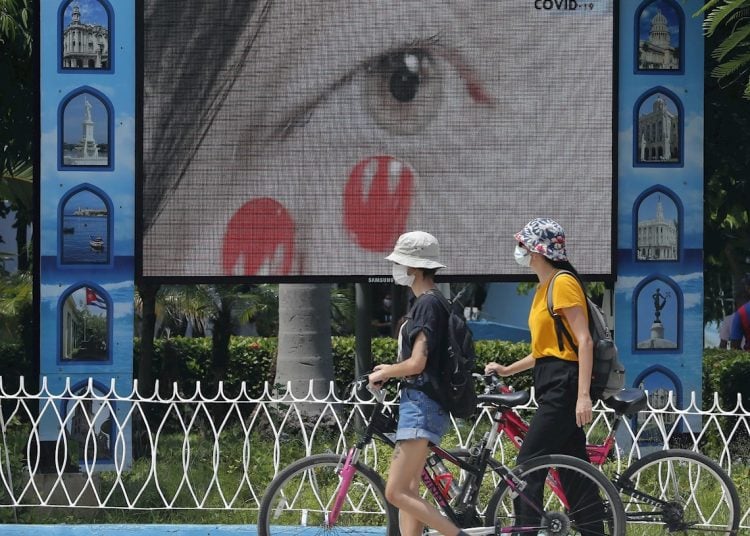 Havana continues adding the highest number of cases, today with 30, followed by Ciego de Ávila, with 12, and Matanzas with three. Photo: Ernesto Mastrascusa/EFE.

The SARS-CoV-2 virus produced two new deaths yesterday in Ciego de Ávila, while, in total, three provinces reported 45 new contagions, according to the report by the Ministry of Public Health (MINSAP) issued this Sunday.

The new deaths correspond to a 68-year-old man and a 48-year-old woman. Both resided in the main municipality of Ciego de Ávila province. The details of both cases appear in today’s report .

All were Cuban, and all the cases are autochthonous. 42 of the patients had contact with confirmed cases and in three individuals the cause of infection is not specified.

28 men, 17 women and, of the total, 32 were asymptomatic at the time of their diagnosis.

With today’s two fatalities, the death toll in Cuba from the pandemic stands at 122. The fatality rate is already 2.23%.

Until midnight on September 26, 8,285 people remained hospitalized, while the number of patients in intensive care reached seven: three reported in critical condition and four seriously ill, all from Havana and Camagüey.

Only 19 medical discharges were registered.

On Saturday, 7,027 tests were carried out in search of the new coronavirus.

A Cuban-Caribbean vision of the world